Every year I do an end of year review of The Wee Flea.  I am fascinated by facts, figures, history, geography.    I am also thinking about how to develop this work.  Any suggestions are welcome  – even if you want to say ‘finish’! 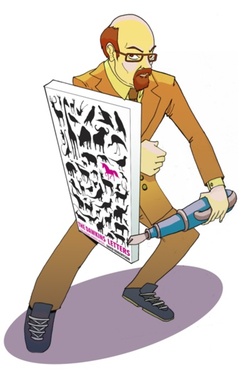 2020 was a strange year and there was much to report on.  There have been a lot of new readers – some pop in once – a handful seem to read everything!    Most just dip in and out according to their own particular interests.  For those who are new and are a bit confused about what this blog is all about I thought I would give the following summary.  I write about Christianity, politics, social, cultural and personal issues.    I put on this blog most (not all) of my writings for other publications, interviews, podcasts and videos – as well as articles that are original to the blog (usually the ones that are too personal or too hot to handle!).  Especially in 2020 I have been doing a lot of media work.   My purpose is to think out loud about all these issues from a Christian perspective.  As I keep explaining to people I don’t believe that everything I argue is the Word of God….only the Bible is that and I also admit that my knowledge is very limited – so I can often be wrong.  (I once thought of making a t-shirt with the slogan , ‘I read The Wee Flea but I don’t agree with everything you write’ because I heard it so often!)..   Writing (and the responses) helps me think though things.  I hope that it is helpful at times to those who read. What encourages me most is not the numbers but rather the individuals who get in touch to say how they have been helped, challenged or encouraged.

For those who are new here are some sample posts that give you a flavour.   If there is any particular subject you are interested in then just type it into the search facility!   There are regular columns for Christian Today, Letter from Australia, the Quantum Podcast,  Australian Presbyterian, The Kitchen Table vlog;  Evangelicals Now

Most of my articles are probably not worth reading once – never mind twice – but occasionally there are those that really seem to hit the mark and which seem to have had an impact….here are a few in the different genres I try.

1. Prophetic – The church too often is playing catch up when it comes to the direction society is going.  I think that we should have a more prophetic role by looking ahead, not just behind.  This article from Christian Today is an example of what we try to do.  Welcome to the Sexual Counter Reformation.

2. Pastoral – I think it is important to listen to people’s stories and to engage with them.  One young woman contacted me and asked me to let her tell her story of the dark side of transgenderism…  Another time I had the privilege of making a programme for TV with another transgender activist.  I found ‘Shake On It’ to be a very moving experience.

3. Personal – I don’t like to share a lot of personal stuff – because it is personal – and this is not a therapy session!  However there are occasional times when the deeply personal can also be helpful.  Two incidents in particular seem to have been helpful to people – one involving my two oldest children – Miracle at Twin Lakes;  and the other my own ‘near death’ experience –

4. Polemic –  I believe we are to contend for the faith once delivered to the saints – not just in that passive/aggressive way so beloved of some Christians who use ‘bless you’ as a cross between virtue signalling and a curse!  So sometimes I get involved in the battle – I don’t always enjoy it and find it often spiritually exhausting.  The two debates I did on Unbelievable with Matt Dillahunty fall into that category.  But the fruit from them has been evident.

5. Political – Some of the religious people don’t understand why I do politics – and some of the political people don’t understand why I do religion!  The answer is that they are both part of life – politics is not the answer – neither is religion, as commonly understood.  But Christ is. And his Word and Spirit and The Father. And his Church.    Over the years I have watched my beloved country of Scotland slide ever further into the authoritarian abyss – and have written about it.  I doubt much of what I write has had any influence – although several politicians have got in touch (privately) to say that they read it and to keep going!  There is one article that I know had an impact and helped clarify or change people’s minds – and that is the article on why I changed my mind about the European Union.   It seems apposite that four years on – what I thought would never happen – has.

6. People – People fascinate me.  People in the public eye deserve to be scrutinised and interacted with.  This article I wrote about a speech that Meryl Streep made remains my most popular article.

7. Preaching – and teaching the bible.  Occasionally I put up sermons but mostly I write biblical exegesis applied to contemporary culture – like the series of articles I did on the book of Revelation for Christian Today.

8. Perusal and Previews – I do a lot of reading, listening and watching and sometimes I write about what I have perused!  Sometimes that is done to give you a pre-view and in other cases if I think a work has a particular significance I might do a wee series interacting with it.  Although I haven’t done it for a while (I promise to restart this year!) I used to do a Saturday review which looked at books, music, food, etc…Like this one….Saturday Review 14 – The Lost Message of Paul; Owen Vol 10: Letters that Changed the World; Silly Wizard; Line of Duty; Castlehill Restaurant

9. Priesthood of all Believers –  It is important for us to be honest about the church – to see it as the bride of Christ – but also as deeply flawed and constantly under attack.  The Lord’s people need to be warned about the wolves.  As in this example of the Church of Scotland turning away from the faith once delivered to the saints.

10. Press and Publicity  I used to get a reasonable amount of publicity in the secular media and post some of it on here.  Over the years I have found that a number of journalists read this blog and occasionally use the material on it.

This is one of my favourite interviews – a BBC one I did just before leaving Scotland. : The Long Farewell with Bill Whiteford

And occasionally I put articles by others.

This was an incredible article by Kevin McKenna in The Daily Mail  which resulted in lots of conversations and even in people coming to church.   He followed that up a couple of years later with this one – Onward Christian Soldier.

The top ten articles of all time –

There are only two countries where The Wee Flea has never been read –  Turkmenistan and the Central African Republic!

Top twenty countries – the vast majority of course come from English speaking countries but it has been interesting to see a rise in numbers especially in the Asian countries and the Australian number grows every year.

I always (well almost always) appreciate feedback – even (or especially) when critical.  Iron sharpens iron.  So feel free to let me know what you think and how it can improve.  If you are a Christian I ask you to pray that the Lord would use this blog – and let me know if it is a waste of that most precious commodity – time!   If you are not a Christian – I have one simple question (and I am genuinely interested in the answer) – why not?  Maybe 2021 will be your year to step into the glorious light of Christ!