New Year’s greetings from a wet and grey Sydney summer!  This feels so like a Scottish summer.  Not that many are complaining.  Last year at this time we were longing for rain to combat the bushfires and the drought.   Now after the wettest year here in two decades it is official – the drought is over!   We thank the Lord for answered prayer!

Coming from Scotland I am not used to the concept of too little rain!  But drought is a dreadful thing. This BBC clip of farmers in Northern NSW illustrates the problem.

Incidentally I find it interesting that the BBC were quite happy to see the drought here as evidence of man-made climate change and of course extensively reported on it – but of course there has been very little about the drought.  Bourke is an interesting place in this regard as well – in 1896 it had the hottest period ever recorded in NSW – ten days of 120 degrees temperatures.  But the Bureau of Meteorology does not count records from before 1910.  The 1890’s had a long period of drought called the Federation drought.  There have been other major droughts – World War 2 and more recently the Millennium drought.

Climate change is a complex subject – not as simple as the arguments made on either side or presented in the media – and I certainly don’t deny that it exists or that some of it is man made.  But what intrigues me is how quickly the land regenerates when the rains come.   Here is a clip from a couple of months ago.  This is lovely to watch…

And I love this photo from Russell Crowe about his estate in the north of NSW…The second photo is ten days after the rain came. 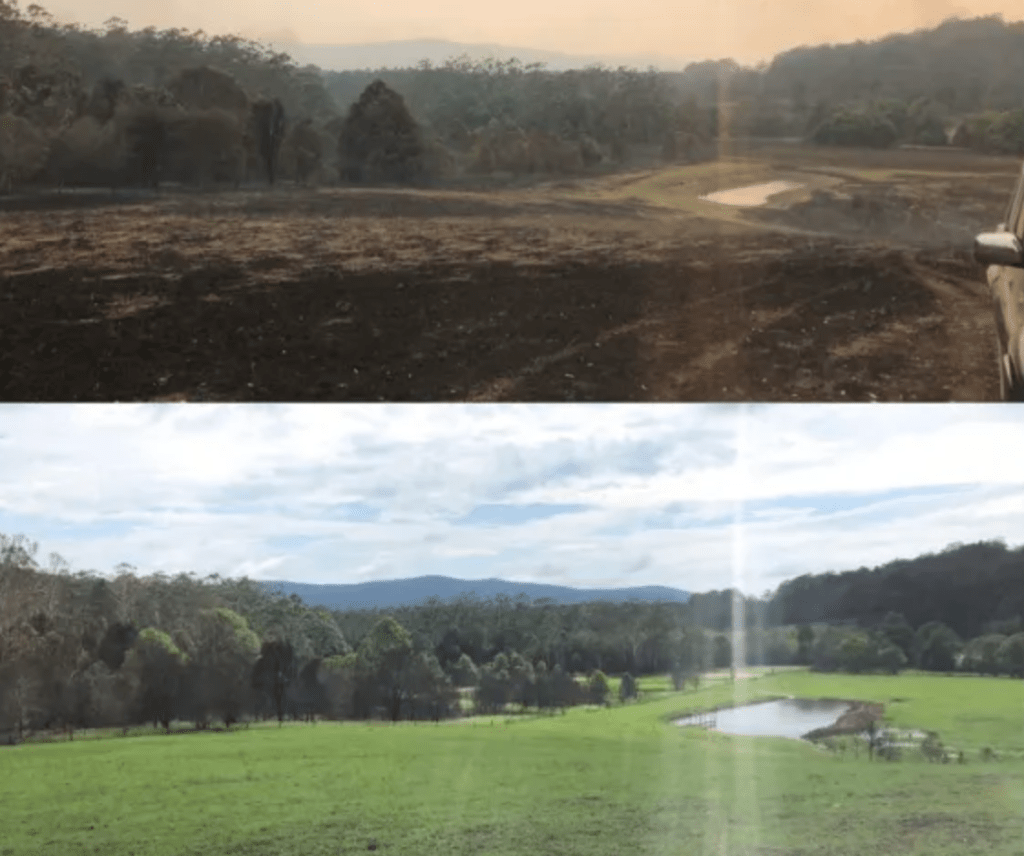 Important and serious as physical drought is, there is something worse – and that is spiritual.  This is true whether it is national, corporate, church or individual.  It has devastating effects. Spiritual dryness is soul destroying.   The Bible often speaks about both forms of drought.

my whole being longs for you,

in a dry and parched land

where there is no water

nor will the desert heat or the sun beat down on them.

He who has compassion on them will guide them

and lead them beside springs of water.

Jesus speaks of a spiritual thirst which he has come to quench.  He

Matt. 5:6         Blessed are those who hunger and thirst for righteousness,  for they will be filled.

He experienced a thirst on the cross that we will never – so that our thirst would be assuaged.

never again will they thirst.

The sun will not beat down on them,’

nor any scorching heat

The greatest need in our world today is that our spiritual thirst should be satisfied.   Sadly, the lack of spiritual life leads to such a debilitating condition that no longer hunger and thirst.  We are dry – and yet do not know it.

But there is such a wonderful invitation in the Scriptures:  “Come, all you who are thirsty, come to the waters; and you who have no money, come, buy and eat!  Come, buy wine and milk without money and without cost”  Isaiah 55:1

I love the farmer in the video who says that when the rain comes you forget about the years of drought.  That is true in a spiritual sense too. My prayer for you, for myself, for the church, for our countries is that the long spiritual drought many of us have experienced would be over and that we would know an outpouring of the Spirit of God upon us.  Come, Lord Jesus.

These are the two posts I wrote about the drought –

Premier -Sydney&#8217;s record rainfall is an amazing answer to prayer

A Mighty Downpour in Australia

Letter from Australia 74 – Five Preachers Who Feed My Soul

PS.  This is the reserve just down from our apartment.   Last year it was dry….today..! 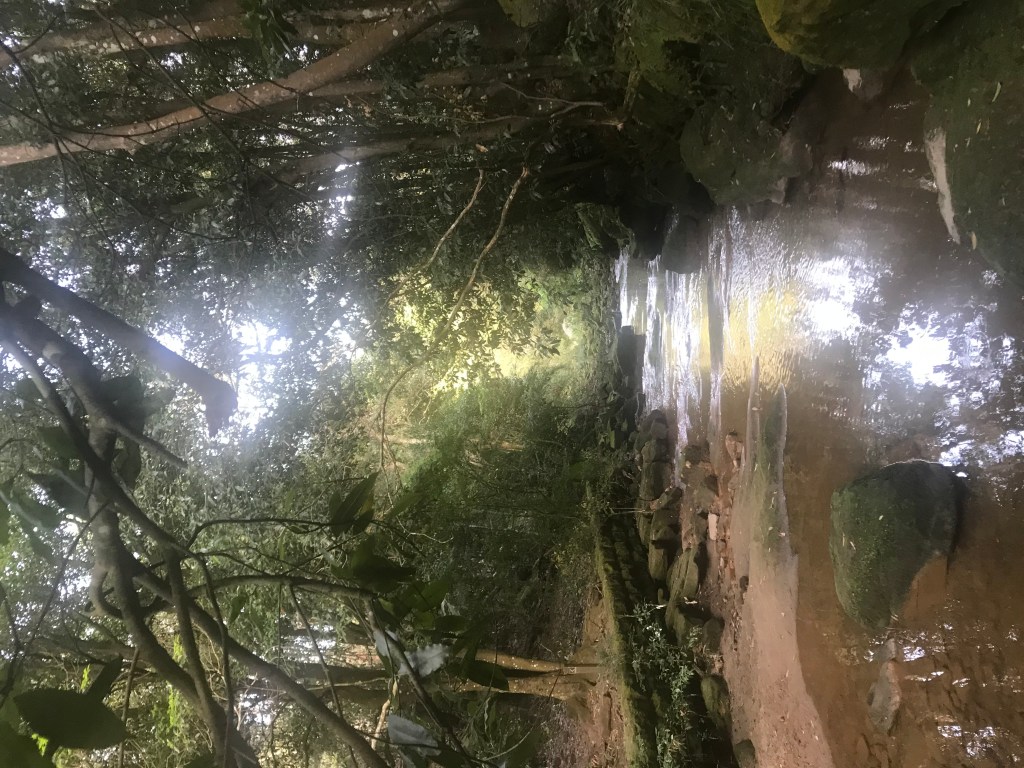