This weeks article in Christian Today –  I hope it brings some hope….I wrote this because it appears to me that 2020 was a great year for good news!  You can read the original here.

I thought the change of title was interesting.  They added – ‘if you can find it’. 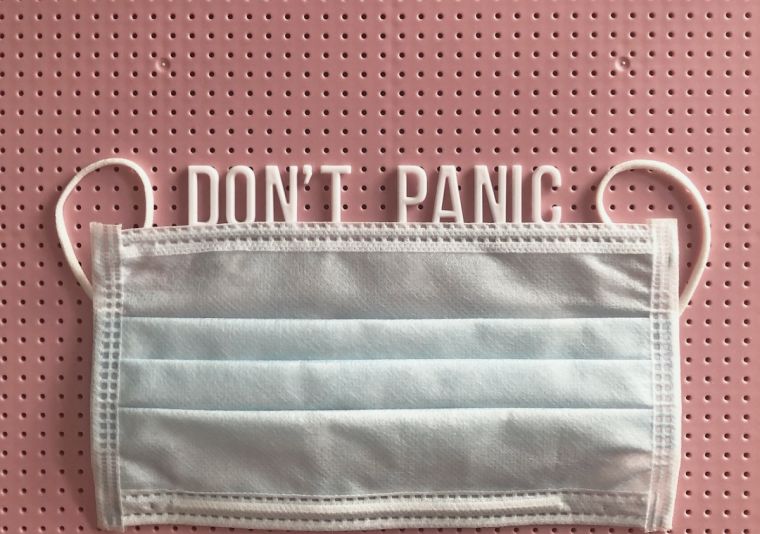 It fast became a journalistic cliché – that 2020 has been the worst time since the Second World War. There is a longing for it to be over; why can’t we just wake up from this nightmare and come back into the sunny reality of ‘normal’ life?!

Bushfires in Australia, drought, locusts in East Africa, wars and rumours of war, persecution of the church in China, North Korea, Nigeria and numerous Islamic countries, gender confusion and TERF wars, race riots in the US, political upheaval, and of course the worldwide Covid plague. When I read last week of sea snake-infested foam enveloping parts of Australia’s eastern coast, it seemed an appropriate way of ending such an apocalyptic year!

Was it All Bad?

But has it been that bad? Perhaps we need to dig a bit deeper, because there has been good news as well. The fires in Australia were followed by drought-ending rain which has resulted in bumper harvests; several vaccines for Covid have been developed in record time; the Church continues to grow throughout the world; a Brexit deal was agreed between the UK and the EU; there has been considerable pushback against transgender ideology; there were three new peace deals in the Middle East; and even with Covid there has been a silver lining as families reconnect, countries reduce their pollution and churches learn new ways of connecting with their communities.

For many of us, 2020 has been a tough year – not helped by the wider background our own lives are being played out on. But perhaps if we followed the advice of the old hymn, we might get a different perspective: “count your blessings, name them one by one; and it will surprise you what the Lord has done.” As we reflect back and go deeper perhaps there is much more to be thankful for than we immediately realise?

When Paul wrote to the Romans he wrote in the context of a divided church, a persecuting emperor, famine and deep personal troubles. Yet he was still able to write “we know that in all things God works for the good of those who love him, who have been called according to his purpose” (Romans 8:28). In the face of evil how could Paul maintain that?

The Answer to Evil

I listened to a BBC reporter yesterday saying that Covid has caused many Christians to question their faith. Why? I suspect he thinks that Christianity teaches that nothing bad happens to those who believe in God. But that is not what the Bible teaches. Christ is the answer to evil – He is not the feel-good myth that just makes evil disappear. Evil does not take away the goodness of God, rather it enhances it.

We believe in a God who is so powerful that He can even bring good out of evil. As St Augustine put it:

“And, in the universe, even that which is called evil, when it is regulated and put in its own place, only enhances our admiration of the good; for we enjoy and value the good more when we compare it with the evil. For the Almighty God, who, as even the heathen acknowledge, has supreme power over all things, being Himself supremely good, would never permit the existence of anything evil among His works, if he were not so omnipotent and good that he can bring good even out of evil.” (Enchiridion ch.11)

God is in Control

“the very worst day of God’s child is better than the very best day of the wicked.”

The state of the world in 2020 is not a sign that God has lost control, it is rather a reminder to us that it is God who is in control – not us. It is a reminder that we are lost without Him – that we need Him. Without a vaccine we may be doomed to the lockdown cycle of despair for a couple of years. Without Christ we are doomed to the cycle of darkness, death and despair for eternity. That is why Richard Sibbes says, “the very worst day of God’s child is better than the very best day of the wicked.”

Being a Christian does not mean that we do not experience the depths – “out of the depths I cry to you O Lord” (Psalm 130:1). But as the old Scots preacher ‘Rabbi’ Duncan declared, “There is no pit so deep that Christ has not gone deeper still.” The Christian does not deny the evil that happens in the world and in our own lives. We just go deeper. And find Christ. Or maybe it is more accurate to say that we are found by Christ – our good shepherd who seeks and saves the lost.

Life is Surreal, Christ is Real

My motto for 2020 is “Life is surreal, Christ is real.” This is what we have to offer the non-Christians of the world – the reality of Christ. That is why 2020 was a year for good news – and the Good News. More than ever, it shows that we need it. Imagine if there had been no vaccine and then suddenly on Christmas Day it was announced that a vaccine had been discovered – one which was 100% effective, permanent and free for all? Would there not be great joy? We have such a ‘vaccine’ – for our far deeper problem. We have just celebrated the birth of Christ, something the angel said would be “good news that will cause great joy for all the people” (Luke 2:10). It brings great joy because Christ deals with our greatest problems – sin and its consequences.

For the Christian who feels the weight of bad news, the answer is not to deny that the news is bad, or to hide away from it. The answer is to feel instead the weight of glory. To be “rooted and established in love and may have power, together with all the Lord’s holy people, to grasp how wide and long and high and deep is the love of Christ, and to know that this love that surpasses knowledge – that you may be filled to the measure of all the fullness of God” (Ephesians 4:17-19).

2,700 years ago, King Hezekiah gave a great example to our current leaders. He invited all the people to the temple of the Lord and urged them not to be “stiff necked” but to submit to the Lord. “The Lord your God is gracious and compassionate. He will not turn his face from you if you return to him” “(v. 9). The results were marvellous. “And the Lord heard Hezekiah and healed the people” (v.20). There was “great joy” in Jerusalem. “The priests and the Levites stood to bless the people, and God heard them, for their prayer reached heaven, his holy dwelling-place.” (v.27)

2020 was the year which showed our desperate need for the Good News. Let 2021 be the year that the Church wakes up, stops echoing the despair, hubris and false hopes of the world; and instead, joyfully and faithfully announces “the Saviour has come”!

A Dawkinsian Christmas? No Thanks! – CT