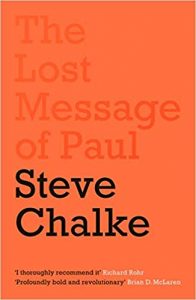 I have just finished a review copy of this book. I will be writing an article and a fuller review later on.  Suffice it to say that if I had any hope that Steve Chalke would reverse his turning away from Christianity – they have been dashed.   This is a better-written work than his previous…but after a slightly promising start, it quickly went downhill.  You will discover very little about the Apostle Paul here – and his lost message.  But you will learn a lot about what Steve Chalke thinks – and lo and behold, it appears that all along Paul and Jesus were really 19th Century Protestant liberals, who spoke in an evangelical code – which remained hidden – until Steve came to reveal ‘the lost message of Paul’.   Overall, whilst there are some insights, this is a shockingly bad book.  Chalke speaks as though he is an expert in Greek, Hebrew, History, Theology, Psychology, Science – whereas in reality he just cherry picks and quote mines sources which support his pre-determined destination – and amazingly he arrives there.   A Bible that is not the word of God, a Jesus who didn’t exist, a heaven and hell that are only on earth….a cross that did not atone and a God who fails….This is about as far as it is possible to get from Christianity whilst still claiming to be a Christian.   I would normally put a couple of quotes but my review copy says that I am not allowed to quote – so that will have to wait until the book is officially out in June.   1/10

This is almost at the opposite end of the spectrum from Chalke. 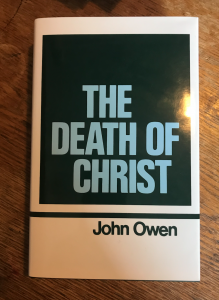 This book is a classic – and is often the first book of Owen’s that people read. I read mine in Vol 10 of his works – which also includes A Display of Arminianism; Of the Death of Christ and A Dissertation on Divine Justice. As always with Owen I benefited from his deep biblical knowledge and learning. However, perhaps unusually, I do not regard this as any where near the best of his works. At times I found it quite dry – and heavy going. Normally my Owen books are filled with highlights – but there were only a handful in this one. This was one of Owen’s first books and to me it reads like the book of a young man – full of knowledge, logic and insight – but lacking the spiritual depth and pastoral warmth of the older Owen. Still, as Packer points out, this is the best case for the doctrine of particular or definite atonement.  6/10

“For God, I say, from the beginning, stood in no need of our praise; nor did he create us merely that he might have creatures to honour him but that, agreeably to his goodness, he might conduct us to happiness” 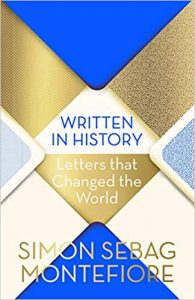 A fascinating book in many ways. Sebag Montefiore has collected letters from Augustus to Hitler; Hadrian to Leonard Cohen. He has divided them up into themes – love, family, creation, courage, discovery, tourism, was, blood, destruction, disaster, friendship, folly, decency, liberation, fate, power, downfall and goodbye. Of course they are of mixed quality and interest – but this is a superb source of primary documents. He cites Goethe who thought that letters were ‘the most significant memorial a person can leave’. Somehow I don’t think the same could be said about e-mails!

One example: Harry Truman writing to the Chicago Sun columnist Irv Kupcinet on 5th August 1963; “I knew what I was doing when I stopped the war that would have killed half a million youngsters on both sides if these bombs had not been dropped. I have no regrets and, under the same circumstances, I would do it again – and this letter is not confidential”.  6/10

Album – So Many Partings – Silly Wizard

This is an album I have had on vinyl for over 35 years…The combination of Phil Cunningham, John Cunningham, Martin Hadden, Gordon Jones and especially the vocals of the late lamented Andy Stewart works wonderfully well. This is Scottish folk music at its very best – For me the standout song is The Highland Clearances.  I often thought of it when I was the minister in Brora and driving through the largely empty Sutherland glens.  Enjoy… 8/10

Line of Duty is a phenomena.  Series 5 on the BBC has just finished and its last episode was the most watched programme in the UK this year.   I started watching a few months ago to see what all the fuss was about and was on the point o giving up after the first couple of shows – the violence and sexual material were too much.  But then it improved – I still think there is no need to for it and would not advise people to watch it.  But on the positive side it is superb acting, great storylines and a cracking theme tune.  I also think it brings up really interesting questions of corruption and sin!  Season 4 was by far the best for me…..8/10 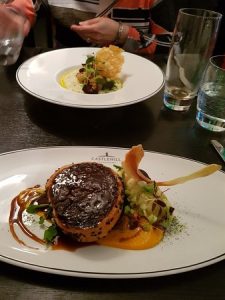 This is fine dining.  And it’s not too expensive – especially if you use an Itison voucher.  We have been here a few times but heard they had a new chef – so went there for my birthday.  All I can say is that it was wonderful.   The Hake, the pineapple dessert especially were outstanding. The staff are excellent and really helpful…. We had a very pleasant evening – worth every penny.  Once in a while, it’s not wrong to treat yourself – try Castlehill.   But not good for families with children!  9/10