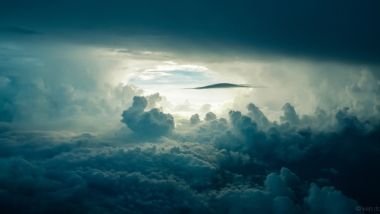 It’s a brilliant if somewhat mad Francis Ford Coppola film, with possibly the best ending credits and soundtrack ever! I am of course speaking of the Oscar winning 1979 film Apocalypse Now, which in its redux form is still one of the most powerful films you will ever see. I remember watching it as a young Christian student in the old Odeon in Edinburgh with an agnostic friend from New Zealand. As we left he just said to me “shut up, don’t start preaching…you are right, humanity is in such a mess”. We left it there. That one film was indeed apocalyptic.

As is the last book of the Bible. The one that is most popular with modern film producers, dispensationalist preachers and heavy metal bands.   The book of Revelation. For centuries it has been the stable diet for conspiracy theorists, millenialists and anyone who wants to find some Scripture for their own personal crackpot theory.   It is alleged that Calvin did not produce a commentary on Revelation because he found it too difficult, (although the explanation may have been a bit more mundane – he could just have died before he had time to write it, given that it is the last book of the Bible!). So why are we beginning a new series for Christian Today on this controversial book? Surely in today’s confused church and world the last thing we need is some speculative theology based on a hard to understand book?

We certainly do live in a troubled world. The word apocalyptic is being used by more than one secular commentator to describe the times we live in.   The devastation in Syria, regular terrorist attacks in the cities of Europe, China threatening in the South China sea, climate change, Britain leaving the EU, Greece collapsing, American politics being turned upside down, the Zika virus, the redefinition of marriage, and redefining of gender, wars and rumours of wars.

As regards the church, although there are good news stories, we also have to face up to the twin threats from outwith and within. From outwith we are faced with the eradication of the church in its ancient Middle Eastern homelands, the increasing sidelining of the church in the secular West and continual persecution and attempted control in countries such as China, Korea and the Islamic world.   Within there are divisions, doctrinal splits and perhaps above all, a confusion about what Christianity really is and how we both communicate it and relate it in this ever changing world.

In the words of the prophet, Robert Zimmerman,

Come gather ’round people
Wherever you roam
And admit that the waters
Around you have grown
And accept it that soon
You’ll be drenched to the bone
If your time to you
Is worth savin’
Then you better start swimmin’
Or you’ll sink like a stone
For the times they are a-changin’.

And that is where Revelation comes in. It is not a book written as some kind of speculative, obscure, theological endtimes tome.  It is not for us to just pick ‘n’ mix whatever we want from it. Remember that a text without a context is just a pretext for whatever we want it to be. To understand this supposedly obscure book we really need to understand the context.

Written towards the end of 1st Century when emperor Domitian was beginning his persecution against the church, it was the last work of the author of the fourth Gospel, and three of the New Testament letters to the churches. John was the disciple whom Jesus loved, the one who leaned on Jesus at the Last Supper, the fisherman on the Sea of Galilee; the one who saw and shared in the mount of transfiguration, and the garden of Gethsemane. John was at the foot of the cross when Jesus died on Calvary and one of the first at the tomb. That which he had seen, heard and touched, was what he proclaimed (1 John 1). In one sense he was the ultimate martyr (the Greek word for witness). And now he is old. All his fellow apostles are dead. Jesus has not returned. And after an astonishing beginning, the church throughout the Roman Empire is experiencing severe persecution. He had been exiled to the Greek island of Patmos; a desolate, waterless place only 8 miles by 4, consisting of mountains and marble quarries. He was the last of the apostles, left under guard on his own personal refugee camp in the Mediterranean. And this is what was revealed to him.

The Greek word for Revelation is Apocalypse. Once you grasp that it changes everything. Apocalyptic does not mean disaster, doom and gloom, woe the end is nigh. It means a revealing. And in this case it is a revealing of Jesus Christ. Can you think of anything more necessary in this dark world and confused church today, that the revealing of the Light of the World?      Just as I believe that Ecclesiastes is the best bible book to give to non-Christians, perhaps Revelation is the book that we need to hear?   This is a book for the 21st Century as much as it was for the 1st Century

It’s a revelation – not a concealing. It’s not a hidden story nor a secret bible code that only the initiated can get through a specially priced series of teaching DVDs (all yours for your gift of $25 per talk!). You can read the book yourself and get the teaching on here for free!

Speaking of reading – note how in the introduction there is a special blessing for those who read it aloud. I sometimes think that in this Internet, gadget age we far too often skim read the bible as though it were an online article that we glance over in order to find the ‘best bits’.   Even in our churches we seem to give less and less time to the public reading of the Bible, and often have it just as a kind of hurried preamble preparing the way for the comedian/entertainer/counselor/inspirational talker/preacher.   Using the wonders of modern technology I have found it to be an incredible blessing to listen to the dulcet tones of David Suchet reading the whole bible, on my IPhone.  Try it!

If we want to know Jesus we need to stop. It’s a mad, mad, mad, mad, mad world. Stop. Breath. Rest. Don’t panic. Listen.   Take time to listen to Jesus speaking in and through the Scriptures. And as John says, we need to take it to heart. Its not just to tickle our ears, so that we can tick another devotional good works box.   Its Jesus revealing himself to us, so that he can reassure, challenge and change us.   The atheist will often say, “if only God would only reveal himself’. The Christian will often feel, “if only God would show me his way, draw near to me”. To both we say. He has.  And he will. He delights to reveal himself, not conceal.   You don’t need some kind of special gnostic, mystical experience.

You don’t need a telescope, a microscope or a horoscope to realise the fullness of Christ, and the emptiness of the universe without him. When you come to him, that fullness comes together for you too. His power extends over everything. (Colossians 2:10 – The Message).

He tells us the time is near. The time for meeting him. The time for seeing that he is sovereign and that things are not out of his control.   Revelation is a great trumpet call to a real faith in the real Lord.

So you are off to a good start if you understand that the background to this book, both now and then, is that of the Sovereign Lord Jesus coming to his people and telling them, in the midst of the most trying and distressing circumstances that he is in control. This is a pastoral letter, not an apocalyptic film script.

I hope that as you read this book, and as we work our way through it over these coming weeks, you will see how it applies to our world, cultures and lifes and that it will have the same effect on us, as Apocalypse Now had on my friend and I. As the end credits rolled – we stood in awe and just said ‘wow’. May the revelation of Jesus Christ be for you the ‘wow’ moment of your life!
David Robertson