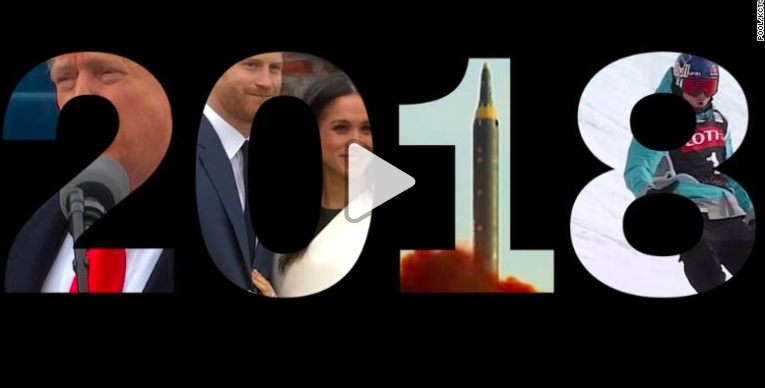 This is the last Quantum for 2018.   I wanted to do a review of the year but as I looked at the most popular blog posts for this year I realised that they covered most of the main issues so I thought I would combine the two. You can listen by clicking on the link below.  (there is a fair amount of music in this – a list of the tunes is at the bottom)

It really surprises me how many people have read this blog in the past year.  When I first began five years ago there were 55,000 views.  Each year it has increased until this year (so far) it is over 1.25 million.

8) Ireland Regresses – The liberal Regressives were celebrating as Ireland passed one of the most shameful and illiberal laws on abortion.  The irony is that Ireland is now expecting a shortfall in population which is going to have to be replaced by importing cheap labour from elsewhere.  https://theweeflea.com/2018/05/27/ireland-regresses-sunday-bloody-sunday/

7) The Dark Side of Transgender Ideology – Another subject that has never been out of the news is the insanity that has gripped the ruling political classes on the question of gender and the transgender ideology.  Several years ago we pointed out that this was likely to happen and people thought that I was mad.  Now most people think that our culture has gone mad.  This blog was part of a series started when a young woman who identified herself as an ex-Mormon Lesbian wrote to me to express appreciation for what I had written about Transgender ideology and asked if she could tell her own story about her experience of being Trans and changing.  It is a sad inditement on our society that she has to do so anonymously.  You can read it here.  https://theweeflea.com/2018/11/12/the-dark-side-of-transgenderism/

6) 12 Rules for Life – Jordan Peterson continues to ruffle feathers and upset the Establishment.   This blog is a detailed review of his book.  https://theweeflea.com/2018/01/25/12-rules-for-life-a-christian-perspective/

5) A Revolutionary Question for the Church –  This was an unusual ‘hit’ .  It’s just simply a blog about worship in the church and the need to sing psalms.   The fact that it took place at the time of the Getty Sing conference, and was commended there is the reason why it was so well read.  https://theweeflea.com/2018/09/10/a-revolutionary-question-for-the-evangelical-church/

4) Bishop Curry – Even at the end of the year Bishop Curry’s sermon still has ripples.  Not that it has led people to Christ, nor has it got non -Christians talking about the Gospel.  Rather it has divided the Church with some Christians still unable to see what a sham it was.   Ironically it is only Christians who remember it or laud it.  This was one of several blogs which attempted to show what was wrong with it.  https://theweeflea.com/2018/05/21/bishop-michael-currys-sermon-a-distorted-gospel-divides-the-church/

3) Undivided – This was another book review.    Vicky’s attempt to change the whole church (something which she boasted was happening) was profoundly depressing.  It hasn’t happened and as long as we are able to expose the falsehood of her new Gospel according to Stonewall, it won’t.  I was a little surprised at the vitriolic and vicious reaction against this article – but I shouldn’t have been.  If you dare to take on the devil’s agenda you can expect pushback!  the https://theweeflea.com/2018/06/25/undivided-an-open-letter-to-vicky-beeching/

2) The Hate Police – This was the blog that was most cited in the secular media.  It was one of a series on the Scottish Government’s and Police’s ‘Hate Crime’ posters – which targeted Christians.  I reported the police and government to themselves and the reaction was amusing and sad.  https://theweeflea.com/2018/10/02/the-hate-police-are-now-here/

1)America’s Disgrace –  The most read post was this one which looked in at the show trial of Brett Kavanaugh and Christine Blasey Ford as the former was eventually appointed to the Supreme Court.  It taught us a lot about US society.  This quote from the end sums it up:  https://theweeflea.com/2018/09/28/americas-disgrace/

In the USA just now we are watching what happens when a nation loses its Christian foundations. It also loses its civilization, its law, its politics, its morality and perhaps above all, its mind.

Next weeks Quantum will be the first of the New Year and I hope that we will look ahead to some of what may happen in 2019.  Meanwhile if you missed our Christmas edition you can catch up on it here – Quantum 21: Banned from the Mall; Swimming in Stornoway; Referendums; Was Jesus Funny? Saudi Arabia and Yemen; Mary’s Boy Child; The Chinese Church

Quote of the Year: “Christians are always more short-sighted than they realize. They are often unable to tell, for instance, where their Christian principles leave off and their cultural perspectives begin. What many of them fail to ask themselves is, ‘where are we coming from and what is our own context?” (Os Guinness)

Tunes on this weeks Quantum

The Weavers – Go where I send thee