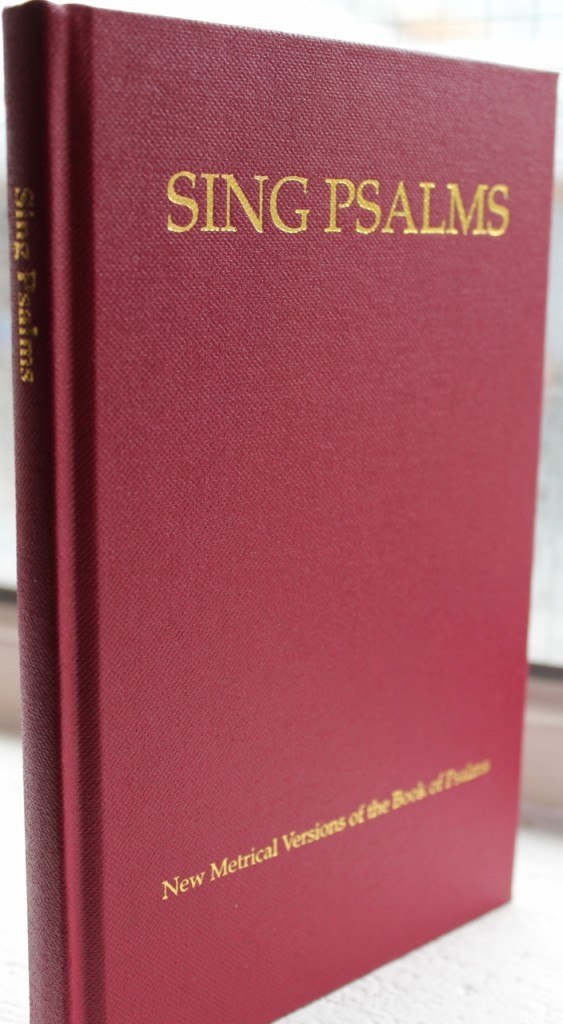 There is a wonderful conference going on just now in Nashville – one that I would dearly love to be at! This could also be a revolutionary conference which may have a catalysing effect upon the whole American church.

And the theme for this year is the Psalms.   Although I am not able to be present I hope to be able to listen in on-line. But I thought I would ask one question of my American brothers and sisters (and my English,  Irish, Australian and Scottish) which genuinely puzzles me –

Why don’t you sing psalms?

It’s a genuine question to which I don’t actually know the answer.  Of course I know that there are some who do but I have been in many churches in the US (and the UK and Australia) who do not have the Psalms as a regular part of their public (or private)  worship .

I come from the background of a church which used to be exclusive psalm singing. No more. However when we changed our position from singing just psalms to singing psalms, hymns and spiritual songs (Ephesians 5:19), we set in stone legislation which ensures that whatever else we do, we will always be a psalm singing church. I wondered if that was necessary – after all the Bible is very clear about the need to sing psalms. It’s a command of God, so why would any Bible believing church refuse to obey a command of God? But over the years I’ve come to realise the wisdom of that legislation because I’ve noticed a tendency to go for the immediate, the popular and what is perceived to be the most culturally relevant. We very quickly narrow things to our own personal likes and dislikes and our own cultural context. And the Psalms get squeezed out.

Why Sing the Psalms?

Apart from the command of God – which should be reason enough – here are ten reasons for singing the Psalms corporately and privately.

The version of Psalm 91 from Sons of Korah.

Why would this have a revolutionary effect? To me it is like one leg of a four-legged chair which the church needs reformation in (the other three being prayer, preaching and persuasion).   The Church exists to worship God.

Have you ever noticed how we tend towards imbalance and extremes?  I think there has been an over reaction against the extremes of regarding public worship and keeping the Lord’s Day as almost the sole priority of the Church. That over reaction has resulted in a situation where we now have evangelicals thinking it is legalism to set aside a day for worship, and false doctrine to teach that when we gather in public worship we are coming into the presence of God.     It is of course true that you don’t just meet God in church (the gathering of the Lord’s people), but it is also true that in the corporate prayers, preaching and praise of the Lord’s people you are far more likely to meet Him!   The over reaction against sacerdotalism, sacramentalism and false spirituality has resulted in what Tozer called the ‘jewel of worship’ going missing.     We gather on the Lord’s Day not just to get a lecture and teaching, nor just to meet with our friends/club. We gather to meet with the living God and worship him. The psalms will help us recover that balance.

This is not about the next big thing –   something that you can package and sell. This is about something that has been the very essence of the church throughout the ages – and yet which much of the modern church seems to have lost.

If any at the conference read this article can I plead with you not just to let this be another conference you have enjoyed.   Enjoy the great speakers but may you go away thinking of the great songs God has given you…not the great talks pointing to them!  Please be doers of the word, as well as hearers. I hope you will go away singing….Psalms.

Can I make the following practical suggestions. ?

I have great admiration for Keith and Kristyn Getty and the work that they do.  I love the vision of the Sing project and these conferences.  And I love Keiths passion for the psalms.  I pray that the Lord will use him as a catalyst to get the whole church singing the psalms again.  Encourage him!

To whet your appetite – here are a few to help and give you ideas.   These are just from my own congregation – they are recorded live and so perhaps lack the ‘polish’ of studio recordings, but they show what can be done.

Firstly there is the psalm which we sing at most communions as we ‘rise from the table’.  It has become a kind of theme tune for our congregation.

Then there is this instrumental version of Ps 62 (Keyes/Townend)

Then this song/prayer of lament and confession….we often sing as our Confession of sin. Ps 51

PS.  This from Babylon Bee sums the situation up well!

Watson stated that if he had been in charge, he’d definitely have inspired an entire book of praise and worship songs expressing a wide range of emotions and declaring various truths about God.

“I’m not saying we’d have to sing them all the time, but it would have given us a whole bunch of songs to draw from,” Watson told another worship leader attending the conference as both sipped iced macchiatos in between sessions. “He could have put it right in the middle of the Bible for easy access.”

“The songbook wouldn’t have to be exhaustive, either—just maybe slap like 150 tunes or so in there and call it a day,” he added, adjusting his beanie.

“I’m not questioning God’s wisdom—just saying I definitely would have left a bunch of worship songs for the people to sing,” he concluded.

The Prayer of the Weak and the Joy of Singing Psalms