Our society has the MeToo movement – supposed to be a protest against mistreatment and sexual abuse of women.  I thought of this when watching  Little Mix appearing on the Graham Norton show –

But if you look at the video it is nauseating.  Showing beautiful girls being pawed by men.  Yet Little Mix are role models for prepubescent girls in our culture.  What message is being sent to them?

There will continue to be confusion about gender and the Trans agenda.  You would think it couldn’t get any madder than children being taught in school that boys can have periods, women being replaced by Womxn and male rapists being sent to female prisons….but our elites will find a way!

2) Immigration will become even more of an issue.

As the internet, ease of travel and people smugglers enable the middle classes from poor and more dysfunctional countries to travel – there will be continual pressure on the more developed countries.  The whole issue is incredibly complex, without simplistic solutions  – but there must be solutions – or we will end up with those who believe in The Final Solution, coming to power.

3)  There will be growing turmoil in the EU 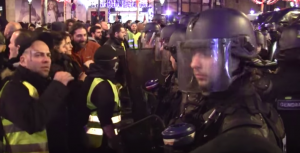 The Belgian government has just been forced to resign after its Prime Minister signed up to the EU migration pact.   Italy is being bullied by the EU.  Greece, Poland, Hungary, Spain, Austria and Sweden all have difficulties, but the big issues for 2019 will involve Germany (as Merkel prepares to leave) and France – where Macron is turning into the most unpopular democratically elected leader in the world.

4) In politics Brexit will not happen in any meaningful form –

Mrs May could well get some form of her deal through parliament, there could be a no deal Brexit, or parliament could force another referendum (you can forget the Labour party coming to power this year and being able to change anything – in effect they want the same as May’s deal – they just won’t support it because they want her out).  If it is the latter it will be a disaster for democracy in the UK.   My own view is that a no deal Brexit would be the best option.

5) The SNP will pay the price for focusing on Brexit.

There are some within the SNP who are beginning to see this.  The trouble is that Nicola Sturgeon keeps promising jam tomorrow (in the form of Indy Ref2) whilst seeking her own jam today (keeping the UK in the EU).  Her ill-considered decision to support a second EU referendum, without consulting her party, has done that party a great deal of harm.   The trouble is that if she succeeds in this latter policy she will have killed Indy for at least a decade, if not longer.  Furthermore there are growing tensions within Scotland and frustration caused by failures in the NHS, education and transport system.  If the SNP go ahead with their ill thought out virtue signalling Gender Self-Recognition Act, then I suspect there will be a popular backlash against it, which if the Tories will reap the benefit from, if they have enough suss and courage to oppose it.

6) The Battle for Marriage and Family will continue –

Our Western liberals, in their hubris and arrogance, seem to think that their pushing means that SSM is inevitable throughout the world.   But that is not the case.

It was interesting how last year the most pro-gay country in Asia voted against SSM. http://www.ncregister.com/daily-news/how-taiwans-silent-majority-blocked-same-sex-marriage-momentum 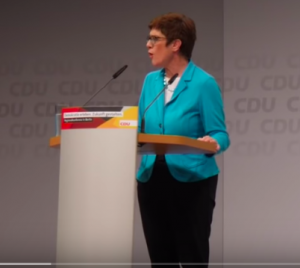 You can also expect significant pushback in Brazil and even in Europe.  Merkel’s successor Annegret Kramp-Karrenbauer as a conservative Catholic is strongly opposed to SSM.

The trouble for the liberals is that although they largely control mainstream media, the academy and the state institutions, they do not yet control the internet or social media.  But I suspect that the tech giants – who are all run by silicon valley liberals, will continue to seek to censor socially conservative views.  Facebook for example have just apologised for banning Franklin Graham over his comments on transgender.

It is possible that this coming year I may find more of this happening to me as well – Dear Twitter – Why Have You Banned Me?

7) Education  will be a key battleground

As education in our culture moves away from being about education and more about social engineering and the indoctrination of children into the new doctrines of the political classes – the classroom will be a key battleground.  It was fascinating that Nicola Sturgeon felt she had to, for the first time, make a special Christmas message to Scotland’s Catholic community – promising them that their State Catholic schools would be safe.

The problem for the Scottish government is that, now they have turned the non-denominational schools into either non or anti-Christian centres, there will be those of us who are not Catholics who also want our children to be educated in schools with a Christian ethos.  How could they deny us that, whilst offering it to the Catholic church? Would that not be discrimination?

8) China will face a turbulent year –

I listened to this brilliant ‘World this Weekend) programme from the BBC – which was almost entirely devoted to China.

Communist China will be 70 years old this year.  It will become increasingly authoritarian (controlling its people through ‘social credit’ as well as money and the police) and militaristic.  There is every possibility that the situation in the South China Sea and with Taiwan could lead to armed conflict with the US.   If the Chinese economy falters (as it did in the latter part of 2018) then trade wars could easily turn into military wars.

9) The battle for democracy

There is a real battle for democracy.  In this brilliant commentary from Australia (an essay well worth reading) we are warned of the dangers of turbulent areas in the world – like Brazil and above all of the clash between Western democracy and the Chinese version of capitalism.  https://mobile.abc.net.au/news/2019-01-01/stan-grant-2019-the-end-of-history/10675572

“It is 30 years this year since a then-little-known US State Department official and emerging political scientist, Francis Fukuyama, declared “the end of history”. In 1989, he surveyed the crumbling Soviet Union and the final days of the Cold War and penned an essay for the National Interest magazine, where he crowned western liberal democracy as humanity’s high point.It may constitute, Fukuyama argued, the “end point of mankind’s ideological evolution — the final form of human government”.

This hubris became the doctrine of the West and resulted in disasters like the Iraq war and the failure to take seriously China.  Surely everyone would want to be like ‘us’?!  It has not turned out that way and indeed there is a real possibility that rather than China becoming democratic, it will be the EU and the USA which become more autocratic.  The world could easily become divided into great power blocs, rather than individual nations.

10) Atheism will decline and a spiritual hole will be left –

The Times recently reported a decline in the number of people in the UK who profess to be atheists – from 35% five years ago, to 33% today.  They even suggest that the number of people going to church has increased (although they don’t go as frequently). https://www.thetimes.co.uk/article/atheism-is-down-as-uk-gets-spiritual-z00nxczn7

I don’t think this indicates a renewal of Christianity.  It just shows us that atheism is a wholly unsatisfactory belief system on which to base your life.  The ‘God-shaped’ hole may be filled by other religions and cults, but the truth is that it gives biblical Christians a wonderful opportunity to get out there and not only say there is a God, but that he can be known, loved and served through Jesus.  May 2019 be a year of Gospel renewal – wherever you are based.

The trouble with atheism is that it is a blind belief based upon a faith which is intellectually vacant.  Christians don’t hold to a blind faith approach.  We don’t think that just having faith is enough.  It is who we have faith in that matters.  Which is why we need to argue that our faith in Christ is based upon evidence, rationality and reality.  In that respect I leave you with this video of my meeting Dawkins from six years ago – in which Dawkins, unwittingly, gives us the best description of Christian faith – it is belief based upon evidence.  Enjoy ….