This weeks Christian Today Article…you can read the original here.…(this stuff is so crazy it’s difficult to believe it is actually happening!) 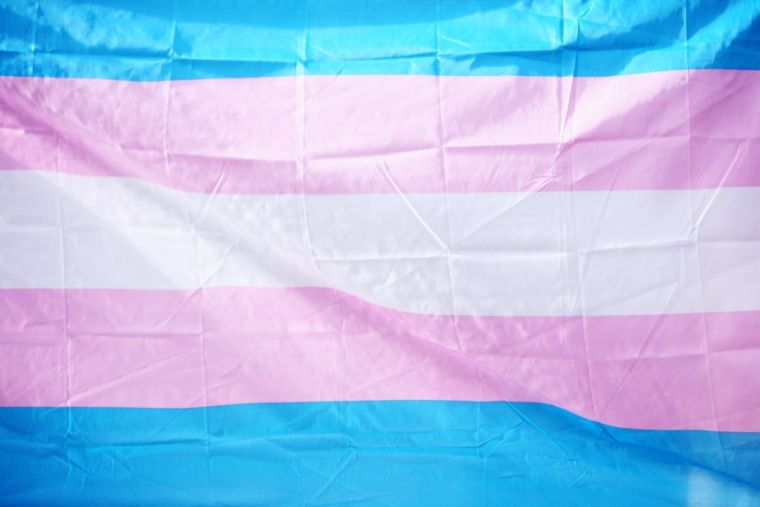 Sometimes it appears as though, among those which regard themselves as ‘progressive’ states, there is a rush to the bottom. And at the moment it appears as though the Australian state of Victoria is leading that rush. This week, with scarcely a whimper, the Victorian state parliament passed the first stage of an act which will, as the former deputy prime minister John Anderson poses “the biggest threat to our democratic freedoms in Australia’s entire legislative history”.

In case readers in the UK, US and other Western countries think that this is just a minor story from a land faraway, let me point out that similar laws are on their way to you. The Scottish government, the UK, the EU and the President-elect of the US, Joe Biden, are all seeking to promote similar legislation – although the push back has been such that it looks as though the UK and Scottish governments are going to have to back down.

The Victorian law is seeking to outlaw parental, therapeutic or religious discussions on issues of sexuality and gender. The pretext for this is the supposedly great threat posed by so-called ‘conversion therapy’. No one has been able to give us concrete examples of this ‘conversion therapy’, nor tell us how extensive this is. Apparently, the churches are the main ‘superspreaders’.

When you actually read the bill, you realise that the term ‘conversion therapy’ covers not just practices which most of us would regard as abhorrent and are rarely if ever used; but also practices which many of us regard as perfectly normal and, at worst, harmless.

This includes prayer. The Victorian legislation will make prayer in some cases a criminal offence. In my pastoral ministry, I have experienced young people coming to me to discuss and pray about some of the struggles they were having with sexuality and gender. I did not send them off to a ‘conversion therapist’ – I didn’t know any such people existed. But I did listen to them and prayed with them. But the new Victorian law prohibits anyone “carrying out a religious practice, including but not limited to, a prayer-based practice”. Bear in mind that this applies even if the subject asked for such prayer. For such a prayer you can go to jail for 10 years or face an enormous fine.

But it’s worse. Complaints can be made anonymously and come from anyone – whether or not they have been affected. As Nick Cater, columnist in The Australian, pointed out: “This is a charter for anti-religious activists to harass and intimidate churches or individuals at no cost to themselves.”

A couple of years ago, I was asked by a transgender woman who had detransitioned if she could tell her story on my blog. She had to do so anonymously because of the threats and danger she would face. It is an incredible and deeply moving story.

Under this new law I could go to jail for publishing it, as I could for a programme I recorded for Channel 4 where I had a discussion with Victor, a trans person who had moved from being non-binary to saying they were male. To produce that programme in Victoria (and in Scotland when the hate crime Bill is passed) could result in jail!

But it’s not just the church. The Human Rights Law Alliance warns that “parents who struggle with their 13-year-old daughter’s sudden presentation of gender confusion and who oppose chemical and surgical practices to transition appearance to that of a male, could be made criminals and face jail time,” as could doctors and clinicians who would dare to question the child’s own judgement.

This is really strange. We don’t believe a child can choose to drink alcohol, watch an R-rated film, consent to sexual activity or many other things. But our progressives are telling us that in this particular case, to question the child (i.e., to be non-transgender affirming) should be made a crime!

There is a fascinating study from Brown University which shows that of the 256 transgender people they investigated, 82% were born female, their average age was 15.2 years, and in 87% of cases the parents reported that increased use of social media and having at least one friend who was trans, preceded the announcement. The children were predominantly the children of white, middle class ‘progressive’ parents. There is considerable evidence that much of the trans fashion is being driven by peer pressure and social contagion. But as Cater observes in The Australian: “Yet the Victorian law will make it illegal to do anything other than pat them on the head. The issue here is not the maturity of minors, but the intellectual immaturity of adults who exploit teenage anxiety for ideological ends.”

There are even more implications from the regressive and authoritarian law. The High Court in the UK, in an important decision in the Keira Bell case, ruled that children are not able to give informed consent to radical transgender treatments. It is the opposite of what the Andrews government is proposing. Indeed if any of the judges made those statements in Victoria, they could be breaking the law.

Here in Australia, the Family Court has removed a child from their parents because of their refusal to consent to invasive treatments and because they want psychologists to consider other factors in their child’s gender dysphoria. The new Victorian law would make any non-gender affirming conduct or practice illegal. I think of a friend of mine who has ‘detransitioned’ – if she were to speak of her experience in Victoria to any young person, she could be charged with breaking the law. Similar laws have been passed in Queensland and the Australian Capital Territory.

As well as the law, there is phenomenal pressure from the media and from the social media mob. Dare to question the new trans religion and the wrath of Twitter falls on you – and it works. The editor of The Age newspaper in Melbourne published a story by a parent worried that their child was transitioning too quickly and without adequate support. Cue the trans warriors on Twitter accusing him of encouraging the murder of trans people. And so the editor backed down, apologised and withdrew the offending article (which was also physically published in The Sydney Morning Herald). Other journalists, politicians and clergy take note and generally give in to the mob. Only the few like JK Rowling have the courage, intelligence and resources to stand against the tide.

But what about the Church?

As always there are those in the Church who are at the forefront of the progressive/regressive agenda and who even incite the mob. Like good Pharisees, they love the idea of imposing their moralistic agenda by law. In Victoria, only the Catholics, Presbyterians and the Australian Christian League have made a solid stand. And the Baptist minister Murray Campbell is an astute and wise guide in all of this (although other Baptist ministers have been in the press saying they see nothing wrong with the law – thereby proving the old adage that there are none so blind as those that will not see!).

There are those who think that this does not really matter, that it only affects a few people, and we should just get on with our lives. But will we be allowed to? The Andrews government has just issued guidelines to their considerable number of employees asking public servants not to use phrases such as ‘husband’, ‘wife’ and ‘sir’ or ‘madam’ in order to avoid offending people. People in court should not be called ‘Mr’ or ‘Mrs’ but rather ‘citizen’ as this better reflects “the diversity of bodies, genders and relationships in society”. I have to say as a non-Australian citizen that I find that suggestion deeply discriminatory and exclusive!

As a Christian I know I should pray and seek the good of all society, and so I can’t just ignore this progressive craziness; but in some ways I am tempted just to let the revolution eat itself. The City of Yarra in Victoria (a progressive green spot) has a new LGBTIQ+ strategy. Interestingly, they had to remove the appendix of “language and terms” because the “wording and understanding in this space changes incredibly quickly”. Exactly! They can’t even keep up with their own madness! Can we not return to the relatively sane world of Christian society?!

The Eye of the Storm &#8211; The Transgender Backlash and the Timing of the Lord

Is It Ok for a Charity to Discriminate Against Christians -CT