This weeks Christian Today article – the original can be read here.

I look at the disturbing case of Stirling Free Church, Amnesty Internationals Intolerance, the Victorian governments threatened oppression, and why the Woke care more about their ideology than they do about the poor.

Is It Ok for a Charity to Discriminate Against Christians? 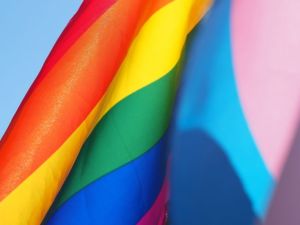 We live in an age where discrimination is deemed to be a universal wrong. Indeed, so scared are we that some groups will be discriminated against that we grant them protected status. One such status is religion. But it appears that while all are equal, some are more equal than others.

Take for example the case of Stirling Free Church in Scotland. One of its elders is Kenneth Ferguson, the former CEO of the Robertson Trust – a charity which gives over £20 million per year to alleviate poverty. Under his leadership the trust has more than doubled its income and as a result has been able to help thousands of people caught in poverty.

But none of that matters when it comes to ideological purity. The trust’s chair Shonaig Macpherson was apparently furious with him when she discovered that the trust had leased one of its buildings to Stirling Free Church for £6,500 per year for its Sunday services.

According to The Christian Institute, which is supporting Mr Ferguson, he said, “I was told by two members of my senior management team that Shonaig Macpherson went ‘ballistic’ and was almost unable to speak because she was so angry.

“She kept asking why the trust had rented to the Stirling Free Church. One colleague told me that Shonaig had said ‘definitely not the Free Church, anyone but the Free Church, they don’t believe in same-sex marriage’. They said she was ‘incandescent with anger’.”

Stirling Free Church was given notice to quit the property because their use of it “does not comply with trust policy”. The church had its contract overturned on the grounds that the trust does not fund religious or evangelistic projects. The problem is that the trust did not fund the Free Church and was instead being funded by the church who paid it a fair rent for the use of its premises.

This is a case of religious discrimination – refusing to provide a service for someone based on their religion. Can you imagine if the Chair had said “definitely not the Muslims, anyone but the Muslims, they don’t believe in same-sex marriage”? Her feet would not have touched the ground as she was shown the door! Outrage from politicians on social media would have been followed by an abject apology from the organisation, and a Scottish government inquiry into Islamaphobia. But the Free Church? Who cares? It’s ok to discriminate against them and other churches that teach the Bible.

Amnesty International Demands No Representation for those who disagree with them.

Such discrimination is now acceptable in our democratic society. Speaking of democracy, Amnesty International, along with a number of other Irish NGOs have signed an open letter calling on politicians to “no longer provide legitimate representation” to those who question transgenderism and gender ideology – which they claim is a ‘far right’ view. ‘Far right’ is the catch-all term that is used for any view which dares to question any aspect of the progressive ideology.

A church is denied the use of a building because it upholds biblical teaching and a human rights group demands that some humans be denied their democratic rights because they question transgenderism.  Meanwhile in Australia, the state government of Victoria has gone even further, being close to passing a law to criminalise parents who decline hormone therapy for their gender questioning child; criminalise prayer if that prayer is about someone’s LGBT identity; and criminalise ‘wait and see’ treatments for gender dysphoria. All of these grave offences could result in up to ten years in jail!

Also in Australia, Margaret Court’s church, Victory Life, in Perth, has been refused an application by the Western Australian government’s Lotterywest for a grant to purchase a freezer truck to deliver food to the poor. Why? “It is the sole reason it was knocked back, because the board didn’t like her personal views on same-sex marriage,” a former Lotterywest employer testified. Notice the similarity with the Stirling church case. Who cares about harming the poor as long as the woke doctrine is kept pure – and all blasphemers punished?

How should Christians respond to this?

Some argue ‘it’s not persecution’ – just think of Christians in North Korea or Nigeria. But that’s like arguing ‘think of those who have cancer’ when you are told that you have Covid! Of course it is not persecution in the extreme sense, but it is the kind of discrimination which will inevitably lead to persecution. They say that the best way to boil a frog is to put it into a pot of cold water and gradually heat it up until it is boiling. That is what is happening to the Church in much of the West today. Yet still some cry ‘it’s not persecution’.

Others declare it’s the end of the world and it’s time for us all to circle the wagons or man the lifeboats, or just sit and wait for the rapture. Doom, despair and defeat should not be the attitudes of the Christian.

At the other extreme there are even those who are so spiritually and intellectually disjointed that though they profess to be Christians, they deny the teachings of Christ and welcome the state imposing anti-Christian beliefs upon us all – in the name of diversity and equality.

My preference is that we should speak up (cry to the Lord); speak out (prophetically declare the antidote of the Word of the Lord to a society that is slowly poisoning itself); and speak ‘in’ (to the context and heart of those who are struggling with the deadly fruit of progressive ideology).

Stirling Free Church is an example of how to respond. Just as they became headline news, Evangelical Alliance Scotland issued a report, Stories of Hope. Among the stories of active Christianity working within the community is one about Stirling Free Church. That’s the way to answer the accusations and intolerance of our society – love our neighbours and love God with all our heart, soul and mind.

Is The Crown the Truth, the Whole Truth and nothing but the Truth? – CT