A Vaccine Passport to Freedom?

China has one. Japan is getting one. The European Union is proposing to have a green one. America probably won’t have one, but many of its corporations and companies will, and the British government is rumoured to be planning one too. One week the vaccine minister, Nadhim Zahawi, says they would not happen. The next week, foreign secretary Dominic Raab said they were ‘under consideration’. By the time this article is published it could well be government policy! 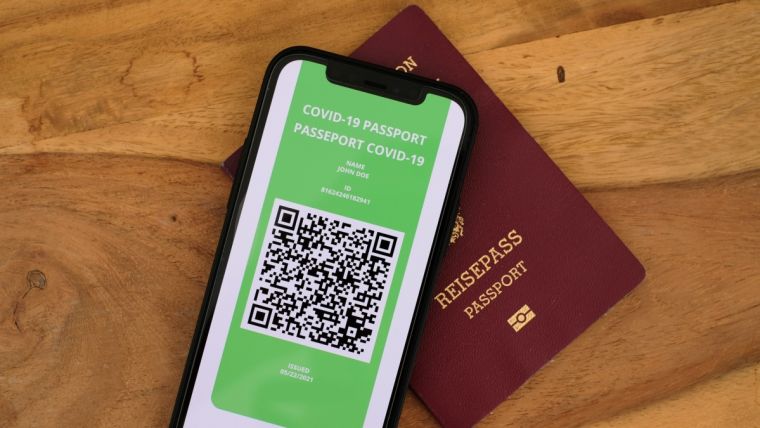 We are of course talking about the ‘vaccine passport’ – a document or app which would show that you have been vaccinated against Covid and which would allow you to travel or attend mass events again.

What are the issues here and is there anything in particular that the Church should be concerned about?

There are strong arguments for vaccine passports. Firstly, they might give us our freedoms back – freedom to travel, to meet together, to work and to enjoy a more normal life. Secondly, they might encourage more people to get vaccinated. And they will enable governments to better combat the spread of Covid-19.

At first glance and without a great deal of thought, I could not see where there would be any problem. Those who objected seemed to me to be a little like those Christians who see the mark of the beast on every bar code! But then I overcame my prejudices, went beyond the soundbites and simplistic slogans, and discovered that whilst it all sounds good, there is a downside as well. Consider.

What would these passports prove? As yet we have no guarantee that the vaccine will prevent the spread of Covid. Even at the highest level of 95% effectiveness, it still means that 5,000 people in every 100,000 could get infected. The point is that the vaccines are designed to protect against the seriousness of Covid; they do not guarantee that you cannot spread it.

So what would be the point of a passport? My British passport guarantees that I am a citizen of the United Kingdom. A Covid vaccine passport will not guarantee that I, or others, do not have Covid.

What about variants? Will vaccine passports guarantee against the increasing number of variants? All that the passport can do is show that the person has been vaccinated – not that they do not have the virus, or cannot pass it on.

But the issues get even murkier. A passport is a document which gives you certain privileges – normally the privilege to travel. The trouble with the proposed vaccines passports is that they are likely to be used, not just for international travel, but for entrance to venues for work, entertainment, shopping and even churches. This is a form of discrimination that will affect those who are not yet vaccinated – whether by choice or because they cannot. It is likely that the already disadvantaged will end up even more disadvantaged.

Other concerns include fraud and privacy. There is the danger of governments and others using this ‘passport’ to gather data on all of us. Whilst it seems that there are many within our culture who are prepared to trade privacy for convenience and ‘safety’, there are many of us who are not prepared to make that exchange.

There is also the question of precedent. Insisting on what is in effect a health passport to access certain services is a form of coercion. If we don’t get the passport then we will be barred from certain aspects of public life. This could easily be the thin end of a very thick wedge that breaks the back of the already fragile liberal democracies that Western countries have. Of course, the Chinese Communist Party love the idea. They are already operating a social credit system. There is every potential for this to be the same.

Once you give governments (or corporations) these kinds of powers, they are reluctant to give them back. They will tell us that ‘it’s for health and security’, but at what price? If we have a passport for Covid-19, why not have one for other conditions as well? For example, around two thirds of adults in the UK are overweight (over 20% are obese). Being overweight means you are more likely to be affected seriously by Covid. And obesity costs the NHS over £27bn per year. Why not have a passport stating that we are not obese? It is a ridiculous example – but then if a couple of years ago you had suggested that ‘rip up identity cards’ Boris Johnson would be even contemplating such a move you would have been called a conspiracy theorist! There are many measures that governments can take for the sake of ‘health and safety’.

There are also potentially serious implications for the Church, which is why over 1,000 church leaders (mostly evangelical) have written to the government to express their concerns. They have rightly insisted that they will never require vaccine passports from people who want to come to church.

As they argue, “The message we preach is given by God for all people and consists in nothing other than the free gift of grace offered in Christ Jesus, with the universal call to repentance and faith in him. To deny people entry to hear this life-giving message and to receive this life-giving ministry would be a fundamental betrayal of Christ and the Gospel. Sincere Christian churches and organisations could not do this, and as Christian leaders we would be compelled to resist any such Act of Parliament vigorously.”

My greatest concern here is that vaccine passports will end up not being the route to freedom, but rather the road to a society governed by technocrats, rather than democrats. Governments will say that they are doing it for our good. But is giving up our freedom and democracy a price worth paying just so we can be nannied by the State?

Since I published this, I was sent this…

Is Paedophilia a Real Danger in Todays Society? – CT