What’s next? So many changes have occurred in society that even a few years ago would have been unthinkable – a few are positive, many are negative – and one issue that is ‘unthinkable’ today may soon become the mainstream. 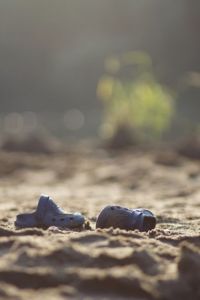 A hint of this came from an unexpected source last week. The last thing you would expect to become an issue during the Scottish Parliament election is paedophilia. But social media in Scotland this weekend carried a number of disturbing allegations and outraged denials.

At first they were so unbelievable that I did not believe them, but having looked at the evidence I believe that there are, at the very least, serious questions to be answered.

The influential, informative, and controversial pro-independence website, Wings Over Scotland, modestly describes itself as ‘the world’s most read Scottish politics website’. It is run by Stuart Campbell, a former video games journalist who adds ‘Rev’ to his name, although he is not a minister in any recognised denomination. Despite his many shortcomings, Campbell has the uncanny knack of ferreting out stories that get left behind in much of the media and this weekend was no different.

He linked to a document entitled the ‘Feminist declaration on the occasion of the twenty-fifth anniversary of the Fourth World Conference on Women’, a document drafted by the Women’s Rights Caucus, a global coalition of over 200 organisations working to advance women’s human rights internationally.

Whilst railing against the patriarchy, heteronormativity and advocating, amongst other things, an extremist abortion policy, recognition of ‘sex work’ and removing the ‘discriminatory’ link between this and trafficking, it makes two statements which are quite breathtaking.

Their aim is to:

“Eliminate all laws and policies that punish or criminalize same-sex intimacy, gender affirmation, abortion, HIV transmission non-disclosure and exposure, or that limit the exercise of bodily autonomy, including laws limiting legal capacity of adolescents, people with disabilities or other groups to provide consent to sex.”

“End the criminalization and stigmatization of adolescents’ sexuality, and ensure and promote a positive approach to young people’s and adolescents’ sexuality that enables, recognizes, and respects their agency to make informed and independent decisions on matters concerning their bodily autonomy, pleasure and fundamental freedoms.”

The UN categorises adolescents as those between 10 and 18. If words have any meaning, and in this post-post-modern world it is questionable whether they do, then this is clearly calling for ‘the right’ of those aged 10 and above to consent to sex, which is regarded as a fundamental freedom.

So what does this have to do with the Scottish election? The document was produced and signed by amongst others International Lesbian, Gay, Bisexual, Trans and Intersex Association (the ILGA), and organisation that includes many groups like Mermaids, LGBT Labour, LGBT Humanists, National Union of Students LGBT Campaign, Stonewall Scotland, Stonewall Equality, Lesbian and Gay Christian Movement – LGCM and LGBT Youth Scotland.

Many of these groups are government-funded, and so the question has been raised: why is the government funding groups that have put their name to a document that advocates the removal of all laws limiting adolescents having sex?

A reasonable question, one would think, but it turns out that even to ask the question invites fury. Alba Women (the women’s section of the new Scottish independence party), who first raised this at a large women’s conference, have had their Twitter account suspended for reporting it.

Stonewall Scotland categorically denied campaigning for lowering the age of consent, but as yet have not dissociated themselves from the organisation which signed this on their behalf, nor demanded that it be retracted. Are they really saying that their slogan ‘acceptance without exception’ does after all have some exceptions? One would hope so!

Part of the fury is from those who consider that even raising such concerns is somehow equating homosexuality with paedophilia. Christians need to be very careful here not to do that, nor to hint at it. Many homosexuals are as horrified at this as the rest of us, and many heterosexuals are child abusers. It is absolutely wrong to lump together a whole group of people because of one ideology practised by some of them.

However, you don’t avoid one evil by ignoring others and so we need to see that this is clearly the direction Queer theory leads in. Its aim is the absolute freedom to do as you please, with whoever you want, whenever you want. It is a philosophy (read Foucault and Butler) which believes absolutely in the individual’s freedom to do whatever they want, free from the artificial restrictions of society. Speaking of Foucault, it is not without significance that accusations have recently come to light of him apparently raping boys as young as eight years old when he lived in Tunisia in the 1960s.

Closer to home, British gay campaigner Peter Tatchell wrote an infamous letter to The Guardian in 1997 where, after pointing out that several of his friends as children had sex with adults from the ages of nine to thirteen, he went on to say that whilst he condemned paedophilia, society should acknowledge “the truth that not all sex involving children is unwanted or harmful”.

A couple of decades ago after a debate on same-sex adoption, some men who identified themselves as Tatchell supporters, told me that they did not believe in the age of consent, and that if they were babysitting my children (aged seven and eight) at the time, they would teach them to sexually explore, because it was “only natural”. I was horrified – and to be fair, so was my debate opponent (himself gay), who stood with me to argue against such evil.

When I wrote to a national newspaper informing them of Tatchell’s aim to reduce the age of consent to 14, I was told it would not be published as it was ‘homophobic’. Then, as today, the cry of homophobe can be used to shut down any discussion.

At the end of the 1960s and during the early 1970s – the Jimmy Saville and Gary Glitter years – it actually looked as though paedophilia might become an accepted sexuality. The National Council for Civil Liberties, whose legal officer was Harriet Harman (future deputy Labour leader), even had the Paedophile Information Exchange as one of its members. But for some reason, in the mercy of God, by the end of the decade paedophilia had become the great sin – and has remained so.

But are things now changing? There are a number of straws in the wind, of which the ‘Feminist Declaration’ is just the latest.

Paedophilia is increasingly being recognised as a sexual orientation. For example in 2015 an academic conference at the University of Cambridge heard several speakers arguing in favour of paedophilia. In the same year, the American Psychological Association in an edition of its Diagnostic and Statistical Manual of Mental Disorders called paedophilia a “sexual orientation”. They later withdrew the designation.

Chillingly, there are more than 100,000 websites offering child pornography, some have argued that we are returning to a Greco/Roman/Pagan time where pederasty was considered a normal behaviour – and they think this is a good thing.

The way that these changes occur is always the same. At an academic level some ‘experts’ start proposing theories that go against the current view and claim that it is ‘researched and proven’. Then activists start to agitate for their particular ideology – attempting to make it the next civil rights ‘equalities’ issue. Meanwhile there is a softening up of the general populace (who are usually considered to be too dumb to understand the sophisticated arguments) through soap operas and films.

The Sexualisation of Children

One reason that paedophilia is more likely now than a decade ago is because of the issue of consent. When you state that a 7-year-old child has the right to consent to change their gender, then it is harder to argue that they cannot consent to sex. We are in a very dangerous position and, having rejected Christianity, I believe we are in grave danger of not progressing to a secular Nirvana, but regressing to the Greco/Roman/Pagan world.

What can the Church do?

What can the Church do? We can advocate for children. We can ensure our own house is in order. We must understand what is going on in the wider world and the direction our increasingly godless culture is going. We must ask government not to fund organisations who support the removal of laws on adolescent sexuality.

We must keep a watchful eye on what is taught to our children in school under the guise of ‘sexual health’, which is far too often a Trojan horse for teaching a sexual (im)morality which is little more than groomingWe must ensure that in our churches a biblical sexual ethic is taught and practised. We must learn to speak out boldly – and not leave it to the Jordan Petersons or Doug Murrays of this world. And we must pray. “Great is the darkness that covers the earth … come Lord Jesus!”

As a footnote I wonder which church leaders and politicians will dare to take on this subject and expose this evil?  I note that many of our church leaders feel free to pronounce on every issue (others of course stay silent on every issue).  Is there any issue in society more important than protecting our children?  Speak up!

As a further footnote it should be noted the compliance of the Scottish media in covering this up and keeping silent.   The Times and the Scotsman both carried reports for example denying the story by claiming that adolescents does not mean children and that anyway it was about sexual health.  Anyone who has actually read the Feminist Declaration knows that that is not true (I suspect the journalists are not lying – they just havn’t done their homework).

In another development the Scottish Greens Rainbow group has issued a statement which condemns the reports (but not the Feminist Declaration).  One of the co-convenors of that group is a man called Eilidh Martin whose posts are gross and perverse in the extreme (so much so that I am not going to post the link here).  Patrick Harvie knows who this man is and what he has tweeted yet still wrote to commend him after he appeared on the last Scottish leaders debate, asking a question.   It’s strange if a Tory politician were to tweet about wearing diapers as a sexual turn on, and the other forms of perversity (including more than a hint at paedophilia),  the media would be all over it.  But you will not hear a word about this. Instead those who have exposed this story will just be accused of transphobia….it is really creepy and dangerous.  Who will call our politicians and media to account?