Woke capitalism is a threat to the world and the Church 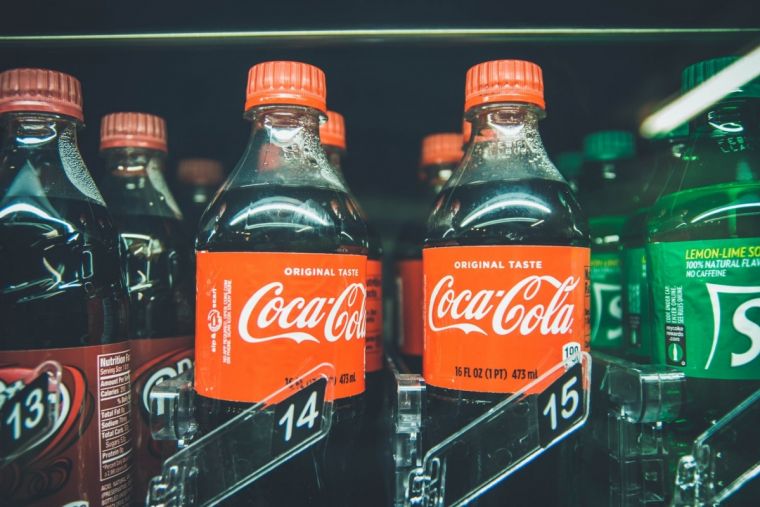 The world has been turned upside down – especially the world of politics. In the not-so-distant past, those of us who considered ourselves ‘left wing’ railed against the big capitalist corporations and saw them as an enemy to be defeated. At the very least, we wanted to see their power curtailed.

Now those who consider themselves ‘progressive’ (left) have the big corporations as their great allies, and there is no one more ‘woke’ than a corporate capitalist.

Coca-Cola have drunk the Kool-Aid

There are numerous examples of this. Coca-Cola, for example, employed Bradley Gayton, the former chief lawyer at Ford, to help them become a more diverse and equal company. Corporate law, it would seem, is a very lucrative business and corporate woke law even more so as Mr Gayton was paid $12 million per year to implement policies based on Critical Race Theory.

Under this plan, any law firm seeking to do business with the company was required to commit that at least 30 per cent of billed time would be from “diverse attorneys,” and at least half of that time would be from black attorneys. There has been growing criticism that this hiring of people on the basis of race is actually illegal – as title VII of the Civil Rights Act of 1964 states.

One of Australia’s biggest companies, Cotton On, declares that it has a duty to use its influence to speak out against ‘racism, hatred and injustice.’ It also states that companies in general have a duty to campaign on certain political issues. Qantas boss Alan Joyce persuaded other companies such as AGL Energy, the Commonwealth Bank and Telstra to campaign for same-sex marriage. Similar stories can be told in the UK and USA.

Who made Woke Capitalists gods?

Frank Furedi, Professor of Sociology at the University of Kent, listed several examples in an article he wrote for The Australian newspaper entitled “Who made woke capitalists gods?”, and it’s a good question.

One example he cites is of Alan Jope, the boss of Unilever, one of the richest companies in the world, who says that brands should “promote action in the world”. As such, he wants advertisers to “work with Unilever in a new way and bring us new ideas that drive the kind of behavioural and cultural change that’s required to fix the big challenges of our time”.

Some corporate leaders really do see themselves as ‘Masters of the Universe’ – the capitalist gods who will save both the planet and us from ourselves.

What’s wrong with this? Maybe those who are successful at business are the very people we need to lead us to Nirvana? Maybe they will do a better job than the politicians? What’s wrong with this is that the corporate capitalists, some of whom have companies with larger revenues than many countries, are the greatest threat to Western democracies and liberal values based upon Christian principles. Yet unelected and unaccountable super rich business executives should not be able to run countries or determine a nation’s values.

We are already seeing where this will lead. Amazon banning books which go against their woke values; Facebook telling us what real healthcare is; Twitter determining which political views we are permitted to hear.

Why has this happened?

This is not just a takeover by a few activists, nor is it a cynical attempt to virtue signal. Many of these corporate capitalists are true believers. Most of them have been indoctrinated into woke values. It is the posh private schools and the high-end universities that have brought into this. Most people thought that these kids would grow out of it. The trouble is that they haven’t, and they don’t know how to think for themselves. We now have a situation where if you want to be part of the Establishment you have to be woke. The poor cannot afford to be woke, the rich cannot afford not to be!

Why does that matter?

Is it not just a small section of the West that has to deal with this? What does it have to do with real life and with the rest of the world? What does it have to do with the Church? The proponents of transgender ideologies and Critical Race Theory are rich, Western, middle-class liberals. They are also cultural imperialists seeking to export their ideology as the one and only true ideology on ‘the right side of history’ to which the rest of the world must inevitably bow down – although money always comes first.

Which in turn leads to breath-taking hypocrisy. Disney will campaign for woke progressive issues in the West but when it comes to its corporate interests in China, it will go the opposite way. Recently, the Guardian reported that Disney had refused to give evidence to a Commons Select Committee as to why in the credits at the end of its recent Mulan movie, thanks were given to the Chinese Communist Party. To make matters worse, parts of Mulan were filmed in Xinjiang province, the part of China where the genocide of the Uyghur people is taking place. But Disney says they have to abide by local laws. Black lives matter in the US, but Muslim lives don’t matter in China; that’s a local matter obviously.

Ricky Gervais, in his infamous final Golden Globes speech in 2020, was his usual crude and hilarious self when he roasted the stars and those who employ them. It was brutal truth. For example, he cited Apple as making a “superb drama about dignity and doing the right thing, made by a company that runs sweat shops in China…well, you say you’re woke, but the companies you work for, Apple, Amazon, Disney…if ISIS started a streaming service, you’d call your agent…. if you do win an award tonight don’t make a political speech. You’re in no position to lecture the public about anything. You know nothing about the real world. Some of you spent less time in school than Greta Thunberg!”

Why does this matter for the Church?

Apart from the fact that we should care about political issues, cultures and society, the woke corporates are a great threat to the Church. They impose their values on everyone. I have met with small groups of lawyers and business people who effectively meet in secret, lest their companies find out that they are Christian.

The corporation controls all – or at least wants to – including our thought life and freedom of expression. If we don’t fit their mould, they will send us on diversity training. And in a world where so many of us are dependent on their products, they have far greater power over us than any democratic government. Freedom is for them only a social construct which could be a hinderance both to their value system and their profit line.

In the book of Revelation, Babylon is described as a city of great traders, money, luxury and power, and the city which sought to destroy the Lord’s people, his city of Jerusalem. The conflict is not new. The question is: will the Church capitulate to Babylon, or remain faithful to the heavenly city and its Lord. The time of trial is coming, if it is not already here. Will the Church find it’s prophetic voice – or will we have to rely on atheists like Ricky Gervais to speak ‘truth to power’?

Somewhere Over the Rainbow &#8211; Corporate Capitalism, the World Cup and the Sign of a Society Committing Suicide

A Vaccine Passport to Freedom – CT