This weeks Christian Today Column which I had originally titled “The Loneliness of a Long Distance Tennis Player”!

4 tried and tested ways to slow down and reflect 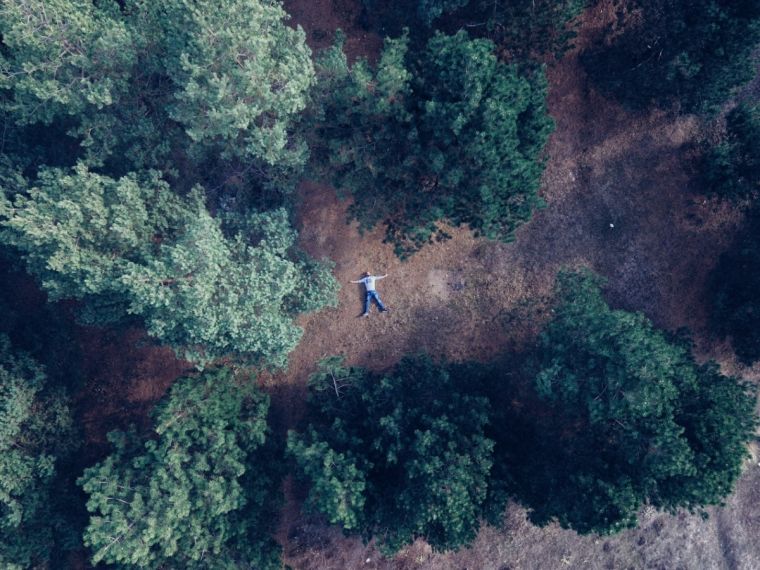 It’s hard being an international tennis star’s girlfriend – at least according to Vanessa Sierra, the partner of the German-born Australian tennis player, Bernard Tomic.

Like over 900 other players, they have flown into Melbourne for the delayed Australian Open that is supposed to start in three weeks’ time. Because someone on their chartered flight tested positive for Covid, they have been compelled to spend two weeks in quarantine at a hotel.

The background to this is that Australia has been remarkably successful in containing Covid (today for example there have been zero community cases in the whole country). The vast majority of new cases come from people coming into the country – hence the need for quarantine – and the truth is, we don’t want to give up our hard-won freedom for the sake of making tennis stars feel more comfortable.

Vanessa and Bernard tell us that they are spending $200 per day on takeaway food – as they do not like the hotel food – and are playing World of Warcraft for 11 hours each day. Things are so bad that they have even had to wash their own dishes and Vanessa has had to wash her own hair (she normally gets a hairdresser to do it) – although she is pleased that she will have more time to make some of her X-rated subscription videos.

It’s hard to have a great deal of sympathy with the somewhat pampered nouvelle riche tennis stars, especially when you consider the poor mum in a council estate in Dundee, confined to her flat with three kids. I’m sure the least of this poor mother’s worries is washing hair! There are those of us who can’t travel to visit our children or elderly parents. Mr Tomic gets to travel the world to play tennis.

What would you do if you were compelled to stay in a hotel room for two weeks?

What we do when we are on our own reveals a lot about our character. If all we can manage is to watch TV, play computer games and complain on social media then that would suggest a somewhat shallow life. Perhaps if we were forced into not just physical, but social media and electronic isolation, it would do us a great deal of good.

Solzhenitsyn, in The Gulag Archipelago, comments on how he was grateful to be sent into the horrendous Gulags in Russia because the isolation, loneliness and boredom forced him to be quiet, contemplate and think about the great issues of life and eternity.

He observes: “Once upon a time you were sharply intolerant. You were constantly in a rush. And you were constantly short of time. And now you have time with interest. You are surfeited with it, with its months and its years, behind you and ahead of you—and a beneficial calming fluid pours through your blood vessels—patience.”

We live in a world of constant noise and distraction, a world where we rush from pillar to post; a world where we are constantly entertained and never satisfied. Perhaps it is only when a virus slows the world down that we are able to come off the merry-go-round and take time to reflect?

The Psalmist when he was faced with the terrors of death, did not want to retreat into a maelstrom of busyness and entertainment, but instead longed to have the wings of a dove so that he could fly away to the wilderness and be at rest (Psalm 55).

Jonathan Edwards wrote over 250 years ago: “A true Christian doubtless delights in religious fellowship, and Christian conversation, and finds much to affect his heart in it; but he also delights at times to retire from all mankind, to converse with God in solitary places. And this also has its peculiar advantages for fixing his heart, and engaging his affections. True religion disposes persons to be much alone in solitary places, for holy meditation and prayer.”

While it is understandable that those without the peace of Christ in their hearts will want to avoid looking inward, what about Christians? In a surreal world, we can only know the reality of Christ when we learn to be still, come out of virtual reality, and know that he really is God.

This doesn’t mean that we all have to become desert monks or wait until we are thrown into prison or have to spend a couple of weeks in quarantine. But there are tried and tested ways to slow down and reflect. Let me suggest four:

In my former church, St Peters in Dundee, we had a particular tradition of how we did communion. Many visitors commented that what they appreciated more than anything was the silence, stillness and unhurriedness as the bread and wine were passed around. Silence in collective worship can speak more loudly than the band playing at full volume.

Reset the practice of the much-mocked quiet time

For those of a particular generation, we remember the ‘quiet time’. This is when we did our prayer and Bible study. I recall at a Scripture Union camp thinking that the compulsory ‘quiet time’ – half an hour lying on your bed after lunch – was a real bind. In reality it became a real blessing. I even read my Bible a couple of times!

Switch your phone off

The whole purpose of social media and the ever-present mobile phone is to keep us distracted and turned on. Why don’t we rebel against our Big Tech masters and occasionally tune out and turn on to God? Take part of every day to leave your phone in another room, or go for a prayer walk without it. Switch off all noise and distractions and take time just to be with God.

The Day of Rest and Worship

Speaking of rest, the Lord has given us a day of rest, the OT Sabbath, the NT Lord’s Day. One day in seven to step aside from our normal business, pause, reflect, gather for public worship and praise. A day of rest for workers and bosses alike. When the Lord offers us a holy day, why do we think we are wiser than him and act as though we don’t need it. As Jesus said, the Sabbath was made for man, not man for the Sabbath.

Perhaps one of the reasons that we as Christians are so shallow and superficial in our faith is that we too would rather spend 11 hours on our computers, rather than one hour with the Lord.

Perhaps it’s worse than that? Perhaps we can’t bear the thought of spending time just with ourselves? Maybe one of the advantages of Covid is that in being unable to look out, we will have to look in and look up?

The Greatest Threat to American Democracy is not Trump