I had a revelation this week…after watching President Trump’s farewell speech, and President Biden’s inauguration speech, I realised that they are in many areas fundamentally the same.  So I wrote this piece for Christian Today. My original title was Make American Great Again/Build Back Better –  (perhaps it would have been better entitled – The Blasphemy of Civic Religion) – but CT went with this one.

This is my original article (the CT one is slightly edited)…

‘Make America Great Again’ has been replaced by ‘Build Back Better’. The media world (especially in the West) has been transfixed by the transfer of power from President Trump to President Biden. The speeches Trump gave as he left office and Biden as he entered it make for interesting comparisons. Whilst the former went largely unnoticed – the latter was praised as though it were the 21st Century Sermon on the Mount.

“All Americans were horrified by the assault on our Capitol. Political violence is an attack on everything we cherish as Americans. It can never be tolerated. Now more than ever, we must unify around our shared values and rise above the partisan rancour and forge our common destiny.” That reads like a Biden ‘unifying’ statement, but it actually came from Trump. In fact, as I read the two speeches what struck me, I had a revelation – just how similar both Trump and Biden were in the substance (such as it was) of their speeches. In the words of The Who “meet the new boss, same as the old boss’. (Won’t get fooled again). 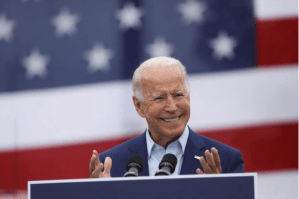 What struck me in particular was the role that prominent role that religion, especially Christianity, played in both. Except it’s not really Christianity – it’s much more civic religion. In Trump’s case you could argue it was a kind of civic ‘Christian’ American nationalism, in Biden’s it is a civic ‘Christian’ American progressivism. The New York Times could hardly contain its delight, rejoicing it what it called “Biden’s Catholic Faith, an Ascendent Liberal Christianity’. https://www.nytimes.com/2021/01/23/us/biden-catholic-christian.html?smtyp=cur&smid=tw-nytimes

Paul Kelly in The Australian was typical of many in their use of religious imagery and enthusiasm for Biden’s speech. “This was a bid to restore America’s soul, a magnificent oration, a sacred speech for of grace and humility. His language was that of President and priest”. Others were equally fulsome in their praise – The CNN reporter reported that Biden was not just ‘commander in chief but also papa in chief; before going on to add that “todays inauguration felt more like a church service…he is the better angel President”. Other headlines in supposedly serious newspapers and broadcasters included “Biden is Moses…the light of the world…the hope of the world….In Biden we trust”. Trump was rightly mocked for his grandiose self-promotion and continual pseudo-religious boasting – but apparently it is now ok to openly praise Biden as the Saviour of America. 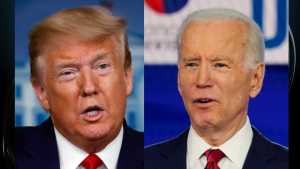 First comes national pride – “We are a truly magnificent nation” “ this is a great nation….we are good people” “America is the greatest nation in all of history”

Then follows a belief that American democracy and the American way of life is holy – “This is democracy’s day, a day of history and hope, of renewal and resolve.” “This is sacred ground..this is hallowed ground”.

In this civic religion faith means faith in America. “We must never lose this conviction and our sustained national belief in America”. What are the common objects we as Americans love, that define us as Americans? I think we know. Opportunity, security, liberty, dignity, respect, honour and, yes, the truth.”

That faith leads to a religious like devotion to America. “The work and prayers of centuries have brought us to this day. What shall be our legacy? What will our children say? Let me know in my heart when my days are through. America, America, I gave my best to you.”

I find it difficult to see what any of this has to do with Christianity which is meant to be following Jesus Christ. It is not wrong to have a pride in one’s nation, nor to seek to uphold democracy, but to exult it as a substitute for God is blasphemy – no matter which political wing it comes from.

The Blasphemy of Civic Religion

This blasphemy is seen in so many ways. Whether it was the congressman ignorantly praying ‘Amen and Awoman’ or Rev. Dr Silverster Beaman praying in the Presidential inauguration prayer “In the strong name of our collective faith, Amen.”. Christians don’t pray in the name of ‘our collective faith’. We pray in the name of Christ – a name incidentally which was not mentioned at all in the prayer. In what sense does this have anything to do with Christ? American civic religion is Christless religion – he is only invoked as ‘your own personal Jesus’ – someone who shares the values of whoever is in power.

President Trump welcomed the new administration and wished them well. He wished them ‘luck – a very important word’. This is not wishing the blessing of God, or recognising his sovereignty or our own weakness. America’s ‘faith’ as referenced by both parties, is to believe that America is the greatest and best – and then rely on luck!

On the other side President Biden cited Augustine (how I wish he would follow Augustinian theology!) stating that a people are a multitude defined by the common objects of their love. For President Biden that means Americans are defined by values such as security, dignity, liberty etc as though other people do not have these values. But Augustine was writing in the context of the City of God. Christians are a people because of our love for Christ, his Word, his people and his world. To appropriate Christ for your own nation, and ignore what he says for all people is blasphemy.

Biden’s speech was an eloquent call for unity. But actions speak louder than words. So far, the signs are not good. Biden, in direct opposition to his Catholic faith (and in direct opposition to the Christ he claims to follow) immediately announced that his administration would be supporting abortion overseas (seeking to promote abortion by tying it in with US aid money). Despite saying he would have a policy based on science not politics he went against science (and the Christian faith and the feminist movement) and on his first day signed an Executive Order on ‘Preventing and Combating Discrimination on the Basis of Gender Identity or Sexual Orientation’. In so doing he at one stroke of a presidential pen destroyed women’s sports, compromised women’s safe spaces and, as Abigail Shriver, author of Irreversible Damage: The Transgender Craze Seducing Our Daughters put it; ‘raised a new glass ceiling over girls’. The values of the Biden administration were further seen in the appointment of his new transgender assistant health secretary – whose department has issued guidelines for ‘Covid safe orgies’.

The words were of unity. The actions were of a Woke President playing the dangerous game of identity politics. Sadly, it’s a game that far too many in the church are also willing to play.

Anyone can quote the Bible – even the devil managed to do that (please note – before all the angry e-mails arrive, I am not calling either Biden or Trump, the devil!). Biden’s quotation of Psalm 30 v. 5 “weep, ye may endure for a night, but joy cometh in the morning”, was entirely out of context. In that song it is God we are to exult, it is God we are to praise, it is his favour we are to seek…only then can our wailing be turned into dancing, our tears of sorrow into tears of joy.

If America is to be made great again, or built back better – it needs a true revival (as it has so often had in the past) of biblical Christianity – – not the nationalist version or the progressive version. If this were so, then both sides would play a great deal more heed to the words of Psalm 33:12 “Blessed is the nation whose God is the Lord”. Instead of pride in America – or boasting about making America great again or building back better – there would be humility, repentance and a calling upon the Name of the Lord – not the name of our great collective American faith! It is only in giving up our lives that we find them!

Meanwhile those of us who are Christians, of all nationalities, but especially perhaps our American brothers and sisters, should take strength and comfort from the Word of God – which (unlike Presidents and countries) endures forever. Psalm 33:22…’We wait in hope for the Lord; he is our help and our shield. In him our hearts rejoice, for we trust in his holy name. May your unfailing love be with us, Lord, even as we put our hope in you.”

A letter to Evangelicals for Trump -CT

PS.  The above article went straight to the top of CT’s ‘most read’.  Last weeks didn’t even register….which I find quite sad as I think it is both a better and more important article!  But c’est la vie!

4 tried and tested ways to slow down and reflect – CT