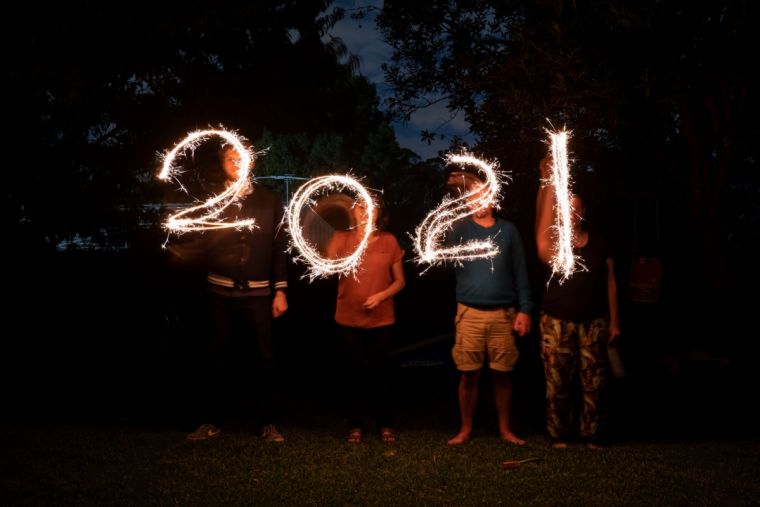 The ‘prophets’ who gave us a ‘word from the Lord’ that Donald Trump was certainly going to be re-elected should be thankful that we no longer live in the theocratic State of Israel and that they are not subject to the command of being put to death for false prophecy (Deuteronomy 18:20)!

Aware that prophesy is a particular gift which gives a direct word from God, I will refrain from making any prophecies about this coming year. But Jesus says we should know the times and be like the men of Issachar who understood the times and knew what to do (1 Chronicles 12:32).

So perhaps in that spirit, may I now suggest where I think the trajectory we are on is heading. We must always bear in mind that it is the Lord’s purpose that prevails and the world is easily disrupted and knocked off course – how many of us predicted the impact of the plague on 2020?!

So, without further ado, here are my ten suggestions for 2021:

1. Mental health will prove a bigger health crisis than Covid

In the midst of Covid it is hard to see the bigger picture. But assuming that the vaccines work and are able to be distributed, it is to be hoped that this particular crisis will be largely over by the middle of the year. I suspect that the overall death rate for humanity will not have increased by a significant percentage in any country. The economic, political and psychological effects, however, will be ongoing and these in turn will have ongoing impacts on mental health. This is true especially of the young who, because of the dominance of social media and the decline in collective community, will find themselves increasingly all at sea.

2. The gap between rich and poor will increase

While Covid flattened economies, it did not flatten stock markets. In fact, it has resulted in those who were already tech billionaires enhancing their already mighty wealth – and new billionaires being created. Forbes magazine found that there were 50 new health provider billionaires created by the Covid crisis.

But someone has to pay for all of this. It will almost certainly end up being the poor and the middle class. In a globalised society where ‘freedom of movement’ also means the freedom to move your billions around as you wish, it is usually the case that the wealthy can protect themselves (while of course claiming to be ‘progressive’ and care for the poor).

Just as Covid has widened the gap between rich and poor (or been used to justify it) , I suspect you will see the same happening with climate change as the wealthy fly in their private jets to international conferences where they will argue that the rest of us should not be flying!

3. Church leaders and organisations will fall

2020 was not a good year for the celebrity church leadership model. Bill Hybels and Willow Creek, Ravi Zacharias, Steve Timmis and Acts 29, Hillsong New York City pastor Carl Lentz, James MacDonald and Harvest Bible Chapel are just a few of the names I could list. Because human beings are still sinful and the combination of money, power, influence and sex remains toxic, systems which largely ape the culture around will end up with the same problems as that culture. What makes it worse in the Church, is that this is done in the name of Christ! Reformation is essential.

4. Exclusivity will increase in our cultural, political, academic and economic institutions

In the name of inclusivity, they will become more exclusive. Having determined what is right and wrong according to the certainties of their own progressive ideologies, being fearful of the mob and the woke corporations, it will be hard for people to go against the tide. Even in the Church there are those who want to make biblical teaching both socially unacceptable and illegal.

As a taster of what is to come Nancy Pelosi, Democratic Speaker in the US Congress, has announced she will ban terms like ‘mother, father, son, daughter, first cousin, father-in-law, grandson, granddaughter, brother, sister, uncle, aunt and others’ because they are ‘gendered’. There was a time when such proposals were seen as being on the loony fringe, but now they are mainstream and soon to be against them will be considered intolerant and mad. We live in a world where using the term mother or father is now considered offensive! If you think this is over, I’m afraid it’s only just begun.

It would be interesting to make a list of what you think is ok just now but may be ‘cancelled’ by the end of the year. I was never a big fan of Grease, one of the biggest grossing musical films of all time, but even I draw the line at asking for it to be banned. When the BBC screened it on Boxing Day, the Woke Warriors on the internet found their next target and condemned it for racism, homophobia, sexism and ‘slut-shaming’. Expect more cancellations coming to you soon!

6. China will continue to seek to dominate

Without buying into all the conspiracy theories there is no doubt that the country that has come out of the Covid crisis stronger is the country where it originated – China. This coming year will see the Chinese Communist Party (CCP) continue to exercise its power not only over the Chinese people but also watch out for tensions with India, Taiwan, and Australia as the CCP flexes its muscles and looks for revenge and more power. Meanwhile Chinese money will be used to influence politics and economics in the West. The EU, for example, is just about to sign a new deal with China. It will be interesting to see how President Biden will respond.

Ethiopia, Sudan and Egypt are massive countries whose politics and economics will affect us all. The big issue at the moment is a proposed huge Ethiopian dam to be built on the Blue Nile. The wars of the future are more likely to be fought over water than oil. Egypt is greatly concerned that the proposed dam will reduce water flow to the 97 million Egyptians dependent on the Nile. New talks have been announced for later this month between the three countries.

Some are expecting great ructions to continue over Brexit, not least with the Scottish elections coming up in 2021 there is renewed speculation that this will lead to Scotland leaving the UK. I suspect there will be a lot of bluster but that in a year’s time nothing much will have changed: we will continue to trade with and visit Europe, and Scotland will remain part of the UK.

No matter how many times parliaments vote no to euthanasia, the advocates of ‘mercy’ killing will keep coming back. The temptation for society to get rid of a problem with the ultimate solution will be too great to resist. It is only a Christian understanding of humanity, suffering, society and eternity, combined with the memory of the Nazi advocacy of eugenics and euthanasia, that has prevented us going that route so far. But as both of these decline then the new morality will seek to control both birth and death. We will revert to a Greco/Roman/Pagan morality where the weak and sick are cast aside. It will of course all be done in the name of compassion.

10. Will 2021 be the year of evangelism and breakthrough for the Church?

We were told that 2020 was going to be the year of evangelism. That didn’t really work out, did it? – although some would argue that the pandemic has opened doors by raising the big questions to which Christ ultimately is the only answer. However, as the historian Tom Holland points out, the Church leadership often seemed more interested in offering health advice, rather than proclaiming the Gospel. For me, it is clear that 2020 has been a call to repentance, humility and a renewed dependence on God. If we don’t heed that call then I suspect that 2021 will be a year of judgement, not renewal. And judgement begins with the Church of God.

But….the promises and eternal truths of Scripture still remain – they are, after all, eternal! God is still sovereign; the gates of Hell will still not prevail against the Church of Christ; there will be a new heavens and a new earth; Christ is still Lord; the devil is defeated and on a chain; millions will be saved in 2021; death has already been defeated; and Christ will build his Church. Jesus Christ is the same yesterday and today and forever (Hebrews 13:8).

As Christians we don’t know what the future holds, but we do know who holds the future!

That’s why every believer can walk into 2021 with certain hope and confidence, while non-believers sadly will only have real fear and false hope. Follow Christ in 2021 and even though you walk through the valley of the shadow of death, you will fear no evil. (Psalm 23).