A Dawkinsian Christmas?  No Thanks! 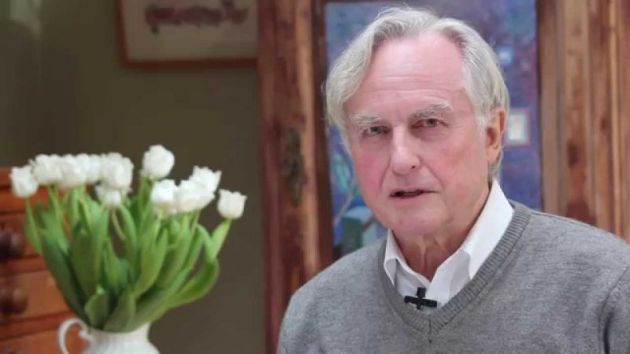 It seems as though a traditional Christmas complete with carol singing, Christmas Eve service and large family gatherings will not be permitted this year in many parts of the UK as governments continue to struggle with how to combat the virus.

However, what appears to be the ‘traditional’ is perhaps not as old as we might think. Many of the ‘traditional’ elements are from the Victorian times – Christmas trees, caroling and of course Charles Dickens’ ‘A Christmas Carol’. This is what we mean by a Dickensian Christmas and it ain’t happening this year. Perhaps we are now in a Darwinian Christmas where the strongest survive and the weak are left to struggle?

Speaking of Darwin let’s turn to Richard Dawkins’ essay in the Christmas Spectator.

I was going to write Richard another open letter but since he didn’t reply to my last one I suspect he is not a regular reader of Christian Today!

Dawkins’ essay is a good defence of scientific truth against something he hates even more than Christianity – post-modernism. He is rightly concerned about the hijacking of truth by those who see science as ‘the brainchild of white Victorian males’ and a tool of ‘patriarchal domination’. For me this is a case of chickens coming home to roost – Dawkins has helped create a world in which science can be sidelined because feelings predominate. The God Delusion was an anti-religious diatribe that had little to do with facts, reason and truth. Dawkins has been hoisted by his own petard. His attacks upon Christianity have underminded the foundation of science.

Like Pilate, Dawkins asks the age-old question, ‘what is truth?’. He dismisses moral and aesthetic truths and instead gives us this definition: “By truth I shall mean the kind of truth that a commission of inquiry or a jury trial is designed to establish. I hold the view that scientific truth is of this common-sense kind, although the methods of science may depart from common sense and its truths may even offend it.”

So, scientific truth is defined by a common-sense jury, but the scientific method sometimes departs from common-sense?! It’s a somewhat confused and contradictory definition. Imagine if Newton, Galileo or Einstein had to determine scientific truth before a jury of their citizen peers? Dawkins’ faith in commissions of inquiry as arbiters of truth is very much in line with the zeitgeist of the times – although I suspect that he would want to determine the jury before leaving them free to define what truth is.

Why is Truth Important?

It’s a shame that he left out the aspect of moral truth. Why is truth important at all? Because it is a sin to lie. For example, stating about Donald Trump, “For him, lying is not a last resort. It never occurs to him to do anything else.”

This is not a scientific statement, nor is it logical or provable. It’s just a reflection of Dawkins’ own prejudice. He does not know what occurs to Trump – nor is it self-evident that Trump never thinks to speak truth. Most liars also communicate truth. Let’s, for example, look at some of the truths contained in the rest of the essay.

“There is no law that says truths about nature have to be comprehensible by the human brain.”

Indeed. The same of course applies for truths about supernature. Dawkins always demands a God who is comprehensible, testable and answerable to him. If he cannot grasp, test or question such a God, then that God is not permitted to exist! It’s ironic that Dawkins demands that we have faith in science, even when that science cannot be explained, but we must deny faith in God because God is inexplicable!

“Theological theories make no predictions at all, let alone testable ones.”

Unlike Dawkins’ accusations about Trump, I am not going to accuse him of being a permanent liar. Dawkins says many things that are true. But this isn’t one of them. Theology makes lots of predictions – many of which are testable. The Bible for example tells us that human beings are sinful and will lie, that wars, plagues and pestilence will continue on the earth, that the poor we will always have with us, that Jesus will return, that the family is the basic unit of society and without it society will collapse.

I can think of many predictions in the Bible – many of which have come true and others of which will come true. In fact I am so sure of those predictions I live my life by them. When it comes to a jury of Dawkins’ peers or a commission of inquiry or the eternal Word of God, I know which one I trust to be the arbiter of truth!

“Well, it may not be true for you, but it is true for me’ No, it’s either true or it isn’t. For both of us. As someone once said, you are entitled to your own opinions but not to your own facts.”

Amen and Amen. We don’t get to make up our truths. I recall Dawkins in The God Delusion being so desperate to escape the truth of an ordered universe that he postulated a multiverse system where in one universe you were already dead and in another you had a green moustache. This ridiculous and unscientific claim was repeated in his children’s version of TGD – Outgrowing God.

“But science is also humble. We may know what we know, but we also know what we don’t know. Scientists love not knowing because they can go to work on it.”

Science is of course not humble. Humility is a moral quality – one of those moral truths that are so important. Science is amoral (not immoral but neutral). Scientists on the other hand are human beings. Some are humble, some are proud – thinking that they, and they alone, have the source of all knowledge. Most are a mix. Some scientists, like Dawkins’ colleague, Peter Atkins, think that they can have a scientific theory which explains everything. Humility on the other hand is a fruit of the Spirit (Galatians 5:22), the wisdom that begins with the fear of the Lord (Proverbs 9:10) and consists in a humble walk before the Lord (Micah 6:8)

“Either way science can properly claim to be the gold standard of truth.”

Science again makes no claims. It does not speak. Scientists however do. Sometimes they speak truth and sometimes they speak nonsense. The scientific method is the best way for discovering scientific truths. But not all truths can be determined by science – for example moral or historical truths.

And herein lies the problem for Dawkins. He bases his life upon a misunderstanding and a lie. He has faith that there is nothing outwith his material world. His naturalistic faith means that he is doctrinally bound to reject anything that is supernatural – including the coming of the Son of God into the world. Logically if there is an Almighty God, then causing his Son to be born of a virgin is an easy thing for him to do. The trouble is that Dawkins and his fellow fundamentalist atheists cannot accept the miracle of the virgin birth because they are already predetermined that such a miracle could not happen because it would require an Almighty God to do it – and as they ‘know’, there is no such God. This is not scientific truth; this is circular reasoning based upon a limited worldview and an arrogant hubris which thinks that anything outside of their sphere of understanding cannot be. As Chesterton puts it: “The believers in miracles do so because they have evidence for them, the disbelievers because they have a faith against them.”.

A Dawkinsian or Christ-Centered Christmas?

A Dawkinisian Christmas is best summed up in the words of the man himself.

“In a universe of electrons and selfish genes, blind physical forces and genetic replication, some people are going to get hurt, other people are going to get lucky, and you won’t find any rhyme or reason in it, nor any justice. The universe that we observe has precisely the properties we should expect if there is, at bottom, no design, no purpose, no evil, no good, nothing but pitiless indifference.” (River out of Eden: A Darwinian View of Life)

That’s it folks. This Christmas some of you are going to get lucky. There is no reason. There is no justice. There is no design, no evil no good. In such a world there is ultimately no beauty, no peace and no joy to the world. A Dawkinsian world is one of blind pitiless indifference. Little wonder that the atheists require no government edicts banning them from singing – they have nothing to sing about!

On the other hand as Christians we have songs that will resound throughout eternity!

“Joy to the World, the Lord is come!
Let earth receive her King;
Let every heart prepare Him room,
And Heaven and nature sing.”

The trouble with Dawkins’ view of truth is that it is such a limited, narrow, constricting, joyless world. The Christian view is much more inclusive and expansive. It includes scientific, moral, aesthetic, historical and theological truth. And all of it is summed up not in a philosophy or system but in a person, Jesus Christ, the One who is The Truth.