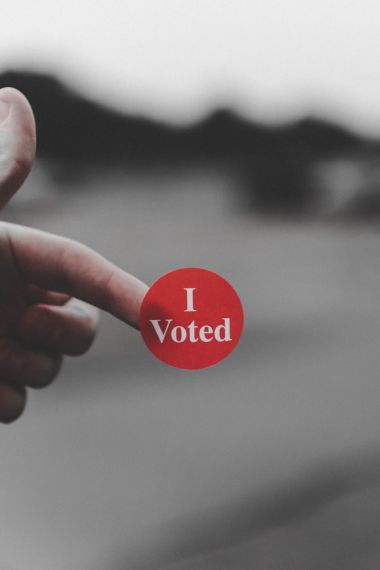 From a Christian perspective there is no absolute scriptural requirement that all believers in Christ should be for democracy. However, there are reasons why democracy has generally flourished in countries where Christianity has been the foundation – and struggled when it is not.

As Churchill once said, “Democracy is the worst form of government – apart from all the others.” It should concern us that democracy is under the greatest threat it has faced since the Second World War. But the reasons are somewhat more complex and deeper than the rather simplistic notion being pedalled by much of our media. The following is a list – in ascending order – of what I think are the greatest threats to democracy today.

10. Trump’s unwillingness to accept the results of the electoral process

Unless there is proof of such cheating and illegality that would deny Biden the White House, then Trump’s allegations can only fuel conspiracy theorists and the sense of frustration that many already feel with our democratic process. This is a very dangerous game to play.

All is not well with the electoral process in many areas. The change in how we vote opens up the whole system to much more abuse. Take for example the issue of mail-in voting. What is to prevent a dominating man in a patriarchal household making sure his wife and children vote as he wants them to? What is to prevent someone going round buying votes from poor people who need the money? What is to prevent a computer hacker getting into the system and changing the electronic voting? Without buying into the conspiracy theories, we need to make sure that there are more checks and balances than we currently have.

We are in danger of having government by opinion polls rather than by elected and thinking representatives. Instead we seem to have too many leaders who are so insubstantial and weak that they will do whatever the opinion polls say. But opinion polls are not an exact science and are far too easily distorted by the prejudices of those who conduct them – and especially of those who pay for them. We have now moved to a situation where opinion polls are being used to influence elections, rather than provide information. Who needs an election when an opinion poll can tell you what ‘the people’ want? Even though it’s only a tiny percentage of those people who are polled – and who may dishonestly be answering slanted questions!

In the old parliamentary system in the UK, before the universal franchise, there were constituencies known as ‘rotten boroughs’ where the electors were so few they could easily be bribed. In today’s Western democracies that is unlikely but the situation is now more dangerous because whole groups can be bribed.

The amount of money that is required to get elected means that money has far more influence than it should have in a properly functioning democracy. One of the reasons that the people of the US had two such rotten candidates to choose from is that money limits the extent to which ordinary people can actively get involved in politics – other than as foot soldiers. The US election cost over $12 billion.  Much of that comes from corporations and the very wealthy, who want to ensure they get enough bang for their buck. Wealth is not health.

Where money and power are involved, violence is often not far behind. So far, the threat in the US has come from Antifa extremists rioting in cities, but there are also threats from the Far Right. When people feel disenfranchised, they will turn to other routes, of which violence is the most obvious.

The extent to which elections are conducted through mainstream media, and increasingly via the Internet is disturbing. Rather than enabling democracy, the Big Tech companies can censor those they do not like and promote those whose policies they reflect. Now that the big social media giants and the powerful business corporations have started telling us what is or is not acceptable, we have entered very dangerous waters for democracy. It is far better to let a few wacky conspiracy theorists have their day, than to prove their ‘conspiracy’ by shutting them down and using them as an excuse to shut down everyone you do not approve of, or everyone who may interfere with your ideology or business model.

4. The Interference of Other Powers

I am speaking here specifically of big corporations, who are not citizens but have vested interests in the results of the elections. And I’m also speaking of other countries. You don’t have to buy into the ‘Russia won for Trump’ or ‘Biden won for China’ conspiracies to realise that it is now easier for powers other than the electorate to get involved in a country’s elections.

We are in danger of becoming a dumbed down population with a lack of political engagement and interest. Our cultural elites don’t really want us involved – unless it is to rubberstamp their policies. After all they are the ‘educated’ ones. I am a great believer in education, but a great threat to our society is the way that so many educational institutions have just become factories to churn out progressive clones repeating the mindless mantras of the current zeitgeist. Educated now often means indoctrinated.

The fact is that the more college educated you are, the less open you are to having your mind changed. Why? Because you have been told the lie that you are the elite educated ones (while at the same time being the oppressed), and that those who disagree with you are the uneducated proles.

In fact, after the Brexit referendum there was even talk that the great unwashed should not have had such a vote – because how could the ‘uneducated’ (code for ‘those who don’t think like us’) make such a decision? Paradoxically there were even calls for younger people to be given two votes and one ‘expert’ went so far as to suggest that five-year olds should be able to vote – presumably on the basis that they at least would do what they are told!

I have heard more sound political analysis from my 85-year-old father – a man who left school when he was 13 and worked as a farm worker and distillery boilerman all his life – than many of the so-called expert commentators! Democracy is supposed to give such people a voice. The technocrats and political elites would take that voice away – if it does not say what they want.

These are incredibly dangerous for democracy because they result in people just knowing that their ‘group’ is right and that others are obviously evil. We live in a post truth society. That does not mean that truth does not matter to us; it means that we don’t know what truth is and far too often confuse it with our opinion. Politics is becoming the new religion – and it is a religion, unlike Christianity, which is based almost entirely on emotion, blind faith and lack of evidence. Identity politics does not care for democracy, except as a tool to achieve its ends. If democracy does not work for that purpose then why not try corporate technocracy, Chinese communism or even Islamic theocracy?

1. The Decline of Christianity

This is the major threat to democracy. I do not believe that Western liberal democracy will survive without the foundation upon which it was built. Tolerance, equality before the law, diversity, education, separation of church and state, the welfare state and the limitation of the power of the state are all the fruit of Christianity. Remove the root and the fruit may hang on the branches for a while but it won’t be long before it rots. We are already seeing this in much of Western Democracy (Tom Holland’s Dominion and Douglas Murray’s The Death of Europe or The Madness of Crowds are two secular books which spell this out clearly).

We need a cultural narrative which allows us to be different but gives us an underlying set of values. For Western liberal democracies, that was Christianity. In the twentieth century, those who wanted to destroy Western society and build the new secular nirvana knew that they had to destroy Christianity, the family and private property. They were good at destroying – indeed they almost destroyed the whole of Europe.  But what they replaced Christianity with (fascism and communism) did not turn out all that well.

My simple question for the destroyers and dreamers today is this: when you have destroyed what remains, what are you going to replace it with? Meanwhile those of us who are Christians need to strengthen what remains and is about to die. Repentance and prayer would be a good place to start!

Lessons from the US presidential election for the worldwide Church