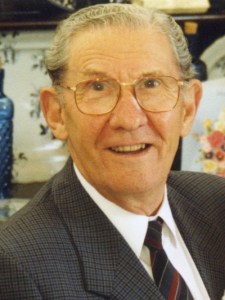 Willie Philip, the minister of The Tron Church in Glasgow, has a key role in today’s Scottish church.  There are many aspects to this – one of which may well be passing on the legacy of his father, Rev. James Philip – who for many years as one of the senior ‘Stillite’ men had a lasting and significant ministry in Holyrood Abbey Church of Scotland.  Willie has graciously shown me some of his fathers pastoral letters and with permission I want to share the occasional one with you.  This from 1971 is stunning.  It is ‘prophetic’ in the best sense of the word.  Dealing with China, and the influence of the media – before the Internet – Mr Philip (as we knew him) prophesied the situation we are now in today…enjoy (the highlights are mine)….I hope that one day these letters will be published…they certainly deserve to be…

4 April 1971 – The Church and the Media: The corrupting influence of the mass media

I listened to part of an interesting debate the other day, in which the motion being discussed was that the modern mass media (television, radio, advertising, etc.) have now become a dangerous and even sinister influence in society. The case for this motion was put persuasively by the first speaker, with due emphasis on some of the problems that are obvious to most of us – problems which even the opposing speaker was willing to concede as being real problems. But, what took my attention particularly was the main thesis which this opposing speaker presented in defence – if it could be so-called – of the mass media. It was this: It was misleading, he said, to speak of dangerous and sinister influences in society as if this were a “one-way traffic”, as if it were simply a case of our “being got at” by these media.

We do not have to have a television set in our homes – and, even if we do, it is not necessary always to have it on; it can be turned off. We do not have to have newspapers. It is we who take them into our homes. We, therefore, co-operate in such influence as the mass media have. And we are free agents, and can take appropriate action.

This point of view was presented with great cleverness; the quiet expertise of this particular debater was impressive, even brilliant at times. And it seemed to take the heat out of the arguments on the other side and cut them down to size, so to speak, and make them seem as if what had been said was “much ado about nothing”.

With respect, however, it requires to be pointed out that the situation is not quite so simple and clear-cut as the debater sought to make out. It is true that one can turn one’s television set off, or even to dispense with it (it has to come to that with some, to safeguard their integrity); true also, that one can stop taking newspapers and magazines, to prevent oneself from being unduly influenced by the views or philosophy they promote. But the truth of the matter is that the mass media are both very persuasive and very pervasive – particularly the latter – and it is almost impossible not to be in contact with them in some way or another without opting out of society altogether and living as a recluse. It is one of the huge and pathetic ironies of our time that, in an age which prides itself on its tolerance, permissiveness and freedom, men have hardly ever been less free than they are now, and certainly never less tolerant of any challenge to their way of life and never more bitterly resentful of any who resist them in the name of honesty and integrity.

It will not have escaped the notice of thinking people that “The Weekend Scotsman” carried an article recently on this subject, urgently pleading for some control to be placed on the media, with a sub-title in the following words: “In this culture, the traditional liberal attitudes are no longer possible…. The media are too explosive to remain free”. And it quoted the director of the research department of French Radio and Television as saying, “We cannot yet protect ourselves from the impact of our communicating machines, but if we are to prevent this imminent explosion, society must end the freedom of the media”.

What such men are beginning to fear – and it is a fear that Christians should be particularly aware of – is that the minds of men are becoming manipulated and indoctrinated by powers that are alien to religion and morality, that hold truth and honour at a discount, and ruthlessly and unscrupulously devalue human dignity and human values in their bid to undermine and destroy the traditional standards of our country. And it just will not do to say that men do not have to allow themselves to be brought under influence, for this is to misunderstand and seriously under-estimate the nature of the situation. It is to assume that this is a trivial and unimportant irritation on the surface of society being exaggerated out of all proportion by a minority of puritanical “fuddy-duddies”, when in fact, it is an example of one of the ugliest and deadliest destroying powers in history. Let me explain what I mean, lest it be thought that this is simply emotional and hysterical language.

It is in China today that the full flowering of this process of manipulating and conditioning the minds of men is seen. Some will doubtless be familiar with Leslie Lyall’s book, “Come Wind, Come Weather”, in which he describes the grim and terrifying nature of the Communist “take- over bid”. In a chapter entitled “Brain-washing” he writes:

“This picturesque term is by now well known….it is a frightening form of thought control, carried out under terrific psychological pressure. For a Christian to remain sane and faithful to his religious convictions after years of such pressure is a miracle in itself. Ever since the communists came to power in China they have been conducting the most thoroughgoing education of the whole population. The feat of organisation involved is stupendous, for the task of re-educating a population of 600 million people goes on daily. Every unit of society, workers in an office, children in a class at school, workers in a shop or factory, residents in a street, soldiers in a platoon, meet daily, in most cases out of work hours, and under the guidance of an instructed communist, study dialectical materialism in all its facets and its ever changing applications to current events. One would need to be a very well taught Christian to maintain an unflinching stand after the first few weeks of the daily, incessant, inexorable bombardment of the mind with Marxist ideas. Yet, Christians have been subjected to this for over ten years now. Inevitably, their thinking is in many respects being remoulded, unconsciously so….”

It is this pattern that we are beginning to see in our society today. To be sure, there are no stated classes for indoctrination, (but how can we be sure that this is unthinkable in our situation ?); but the attack is no less thoroughgoing for being perhaps more subtle and devious, and no less deliberate either, as it makes use of the obvious and natural desire in the hearts of the people for entertainment. The article in “The Weekend Scotsman” already referred to, says -“During the last ten years or so, a young, impressionable, cinema-going public has been exploited by certain film makers into accepting amorality, sexual aberrations, drug-taking, industrial anarchy, educational revolt and political subversion as the norm”. And what is true of the cinema is as true of television and radio, of modern literature and the whole sphere of advertising, so that it is scarcely possible to buy a paperback in a bookshop that does not have the dreary and squalid sex theme blatantly displayed and loudly proclaiming its obscenity. Speak about the muck-rake!

Lord Hailsham has said, “Our country is being destroyed before our eyes by a conspiracy of intellectuals without faith, delinquents without honour, muck-rakers without charity or compassion, young men who are incapable of dreaming dreams and old men who have never known what it is to see visions”.

But – and it is here that the sinister element is seen – people get used to X-certificate films; they get used to dirty plays on television; they get used to lurid sex covers on paperbacks and magazines. People who live in mining communities tend no longer to notice the stench of the coal gases; they have had to live with them, and have got used to them. And this is what our decadent aesthetes count on; they know that if they can steep the minds of people in the fetid atmosphere for long enough, they will come to stop noticing it. And finally, all unconsciously and imperceptibly, they will have breathed that atmosphere for so long that it will have poisoned them, and dragged then down.

This is the danger we are facing today. It will not grow less, but greater, as the days go by, unless the corruption of the media is challenged and set at nought. It is as well that we should see what is happening to us.

P.S. The afore-mentioned article wonders why the Left-Wing editors of “Panorama”, “24 Hours” and “World in Action” refuse to criticise vigorously Communist Chinese atrocities in Tibet and the Soviet Union’s racial persecution of its Jewish citizens. Why indeed: Right-Wing atrocities and discrimination are so much more convenient for a Left-Wing Aunt Sally. But who is kidding whom?

Alexander Leaving? (Eric Alexander on leaving the Church of Scotland)