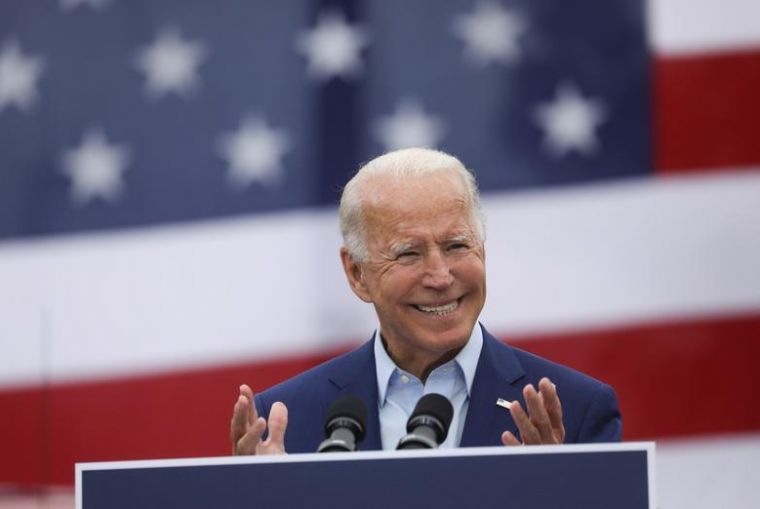 At long last it is over. The endless cycle of news about the US presidential election will hopefully now be coming to an end. We will get back to endless Covid stories and more culture wars. Although President Trump is still challenging the result, it seems as though there is little prospect of it being overturned and so we wait for President Biden in January.  We pray for him and for the whole of the US.

As I reflected on these past few weeks, I wondered if there were some lessons for the church throughout the world to learn from this election. In no particular order can I suggest the following:

For someone who was supposed to be a white, racist supremacist, Donald Trump did rather well amongst those who are not white. In fact, the only group he lost ground with were white middle-class people. He got the highest percentage of any Republican since 1960 amongst Blacks, Latinos and Asians.

It seems as though the narrative of critical race theory (about to be reinstated by Biden) is false. The fundamental shift in US and other Western politics is not based on identity politics, but on class. If you are working class, you are more likely to vote conservative. The more middle class you are the more likely you are to vote for a ‘progressive’ party. The question for the church is whether we recognise the importance of class and whether we are on the side of the poor or, as we often have been, are we on the side of the wealthy powerful Establishment? I make that comment as a matter of spiritual priorities not political.

The pollsters had yet another bad election. In fact, it appears as though opinion polls are now used primarily to seek to influence elections, rather than reflect what people’s real opinions are. Trump did much better than expected, with less money and the hostility and even hatred of most of the media, corporates and Big Tech. Why? Because the Republicans were great at the ground war. They got out their troops, went door to door and enlisted many voters. Where the Democrats did the same, with for example their inspiring campaign in Georgia, they too saw results.

Relying on media adverts, big spends and grand narratives just did not work. The church too is, or should be, an army of ordinary people – working on the ground, with and for the people. We don’t, or shouldn’t, do spiritual trickle-down theory!

3. Money isn’t the answer to everything

The US election cost almost $12 billion – half of it on the Presidential and the rest on the Congressional and Senate elections. That is an obscene amount of money spent on one election. Just how many vaccines could that have bought?! The Democrats spent over 55%, the Republicans 39%. The Democrats spent over $100 million each on two Senate races alone trying to unseat a couple of vulnerable Republican senators – they failed. But the problem is that given that most of the money comes from Wall Street and the corporations, they operate on the basis that ‘he who pays the piper, calls the tune’. Democracy is becoming undemocratic. Sadly, the church seems also to follow the ‘follow the money’ mantra.

There was a really ugly side to the US election. To be fair, after the election, Biden spoke with a degree of humility – at least in comparison with Trump’s often narcissistic comments. But the reaction after the election (apart from Biden’s warm and gracious speeches) was in general,vicious. Political leaders, celebrities and media commentators were exultant in claiming that things were back to normal, the Deplorables were out and the Establishment was back in power. The mockery, abuse and demonisation were chilling. Again, in the church we need to remember that we are all fallen human beings and stop demonising others. Never was the command ‘love your enemies’ more necessary!

5. Get over our obsession with America

There was an amusing incident in Sydney after the 2016 Presidential election. A group of Australians were marching with shirts and banners that stated, ‘Not my President’! The trouble is that much of the media and political class are obsessed with America. It was the same when the UK ruled a third of the world. What happened in London mattered everywhere. It appears to be the same in the dying days of the American empire – with the additional aspect that America dominates the media in a way that the UK was unable to. After the election Biden commented: “There is no reason we can’t own the 21st century.  We just need to remember who we are, this is the United States of America.”

This Americentric way of viewing the world was amusingly illustrated when a well-respected US based news outlet tweeted pictures showing massive firework displays that people in London and Edinburgh were supposedly having in celebration of Biden’s victory. The truth is that it was November 5 – Guy Fawkes night – and had nothing to do with Biden’s victory.

The sense of America as ‘Saviour’ of the world is one that is often translated into the Church. The American Church is rich, powerful and has the greatest media influence – not least because of the predominance of American media (including Christian media) throughout the world. This can often be harmful in the wider Church, with American media, money and ministries exerting an unhealthy influence as well as doing a great deal of good. One of the problems in pointing this out is that people immediately label you as ‘anti-American’ and thus ensure you lose American funding – ironically proving the point! We need a bigger world vision.

6. Call out the False Prophets

There were a significant number of self-styled ‘prophets’ who gave us ‘words from the Lord’ that were absolutely certain. According to these ‘prophets’, God said that Trump would win. He didn’t. So now we have two options. Either God got it wrong or these prophets lied. Sadly, this kind of thing has become all too common. “The prophets are prophesying lies in my name. I have not sent them or appointed them or spoken to them. They are prophesying to you false visions, divinations, idolatries and the delusions of their own minds” (Jeremiah 14:14).

The reporting of the election has largely been depressing. It was intriguing to watch ABC here in Australia, the BBC and others declaring that Donald Trump was accusing the Democrats of electoral fraud and always including the phrase “with no evidence”. Yet these same organisations did not use the phrase “with no evidence” when it was falsely claimed that the Russians had enabled Trump to win the first time. If sexual allegations are made against Trump, they are front page news; if against Biden, they are a soon forgotten side paragraph. It is little wonder that our media are not trusted. And again, the Church needs to be different. We need to tell the truth even when that truth hurts us or the people we support.

I am astounded at how the election of Biden has been greeted in some quarters as though it were the second coming – just as much as I am astounded at those who considered Trump to be the Lord’s Anointed. Nicola Sturgeon tweeted that light had come into a dark world. Others were just as over-enthusiastic, calling for 4 November to be called Biden Day!If half of what has been said and promised were to come true, then some of that praise would be deserved. But no thoughtful person really believes that Biden will deal with Covid, fix the economy, bring world peace, solve racial tensions, guarantee justice, and “own the 21st century”.

It has been distressing to also watch Christians get caught up in the spirit of the age. We are not going to be saved by politicians, nor are we going to be damned by them. Our enemy is not the toothless political foes we dread, but the one who goes around like a roaring lion seeking whom he may devour. Our Saviour is not the politician who promises world peace and healing, but the One who delivers it. Psalm 72, which speaks about the king bringing peace, prosperity and justice for the poor, was not written about Trump or Biden or Xi Jinping or Morrison, or Macron…

“Praise be to the Lord God, the God of Israel, who alone does marvellous deeds. Praise be to his glorious name for ever; may the whole earth be filled with his glory. Amen and Amen” (Psalm 72:19).

After I wrote this article I read this brilliant piece from Douglas Murray – who more than any other commentator I know – gets it!

The Healing of America

A letter to Evangelicals for Trump -CT