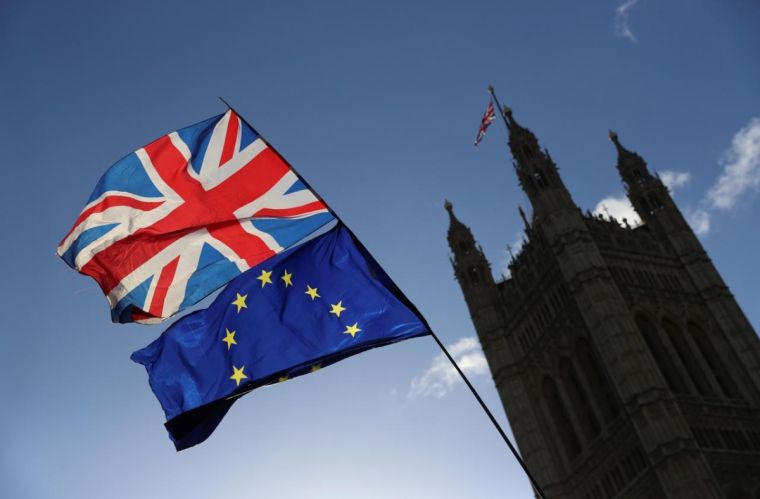 Returning to the UK to speak at the Shetland Bible conference has been an encouraging and depressing experience. The encouragement comes from the many faithful Christians in this beautiful most northerly part of the United Kingdom.

The discouragement comes from the collective hysteria that seems to be gripping the political classes in this disunited kingdom. To witness the hatred, lies, abuse, confusion, propaganda and the dumbed down panic is a profoundly depressing experience.

This morning I listened to a leading politician on one side complain (rightly) about the name calling of another on the other side, before then going on to call them some choice names. The lack of self awareness and the view that such name calling is fine if you or people on your side are doing it is indicative of the lack of moral and intelligent leadership in the country – on all sides.

What is going on? The basic situation is that we have an impasse between a parliament which largely does not support leaving the EU and as a result is struggling to implement the decision the electorate made to leave. As a result there is confusion and division with the parties.

The Conservative Party seems to be tearing itself apart – with 21 MPs having the whip withdrawn and the government thus being in a minority of 28 and unable to govern.

The Labour Party says that it will negotiate a deal with the EU and then hold a referendum on that deal, which they will then campaign against!

The Lib Dems want another general election – but not just yet. They, like the other opposition parties, see an opportunity to further humiliate and destroy the Prime Minister.

The Scottish and Welsh nationalists want a second EU referendum for a UK which they want to leave. They are prepared to ally themselves with parties who want to prevent their main aim, the break up of the UK, in order to prevent the EU being broken up.

The political and media bubbles are getting enormously excited about the whole thing, but I get the impression that the vast majority of ordinary people are just fed up with it all. It’s a confusing, depressing and dark mess.

Can the Church shed any light on the situation?

I think we can. But we have to be careful. It is not the role of the Church to take sides on political issues. Individual Christians can, and will, do so. I have personal views on Brexit, and have no qualms in expressing them. But this article is not about those views. I believe it is imperative for the Church as an organization to stay out of party politics.

I find it ironic and sad that churches which apparently cannot discern what God’s will is on marriage, salvation or the Trinity have no difficulty in discerning what the Spirit says on Brexit – which conveniently seems to be the same as their own political opinion. The Establishment Churches tend to side with the Establishment and support the general anti-Brexit consensus amongst them. Some more ‘conservative’ (in a religious sense) Christians believe that they have received ‘prophetic’ words indicating that the Lord is a Brexiteer.

Others are more subtle. They weaponise both the Bible and prayer for their own political views. It has been sad to see Christians on both sides do this. In recent days I have seen one church leader argue that we should all be praying for Boris Johnson to be removed from office, another more subtly asking for prayer for the 21 Tory martyrs who “deserve our prayers”, making a political point despite saying he was not making a political point.

Other Christians have urged prayer for us to get out of the EU – one example is where someone urged us to pray for more people to leave the Tory party so that a real Brexit could be delivered – the author suggesting that this was like Joshua and the Israelites marching seven times round the city of Jericho!

I believe all of this is profoundly wrong and does a great deal of harm because it introduces into the Church the politics of the world. So what can we do? There are three biblical principles which if we applied them, not only in this situation but in other divisive areas, would result in some light coming into the darkness.

We are to pray for kings and those in authority – that we may live peaceable and Godly lives. We don’t weaponise prayer and only pray for those on our side and against those who disagree with us. We pray for all political leaders. This is a radical teaching. It means that a Christian anti-royalist will pray for the Queen, a Brexiteer will pray for Jean Claude Juncker and a Remainer will pray for Boris Johnson. We don’t pray for our will to be done – but God’s. And we don’t tell the Lord what his will should be!

The fractious and divisive nature of our politics and civil life should remind us that this is a broken world full of broken and sinful people. We can’t save ourselves. We can’t save other people. We can’t save the planet. But we can point to the One who can and will. King Solomon knew that his greatest need was to get wisdom from God to govern his great nation. Much of our current troubles lie in the fact that most of our political classes have rejected the wisdom of Christ and having lost the root, they cannot expect the fruit.

Practice what we preach

We need to moderate our language – there are far too many harsh, bitter and hateful words coming from many of us Christians. It is not helpful. We also need to moderate our expectations. We are not to ‘trust in princes’! The EU is not going to bring peace on earth and goodwill towards all men. Leaving the EU is not going to usher in the Kingdom of God and result in peace and prosperity for the nation. Things are a mess – and that is what we should expect them to be. Once the Bible’s teaching about the fundamental depravity of humanity is confirmed in our own eyes, we can do nothing but fall on our knees and cry for the Lord to have mercy.

Our political leaders used to be prepared to call for a day of ‘prayer and humiliation’ in times of crisis. Now it seems that having forgotten prayer, they are giving us the humiliation. If they will not call the nation to prayer – is it not time for the Church to make that call?

What Can We Learn from the Chinese ‘Badass Beauty Queen’?