This is probably my favourite Quantum so far….the producer has done a great job!

It’s also the first I have done from Shetland…so we start with this.. 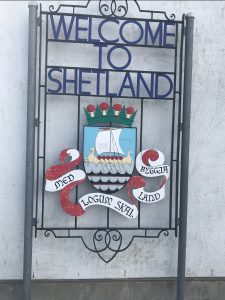 We look at the election result in Shetland and the resultant political spin.   Police in Scotland are to become policepersons and wear ‘gender neutral’ uniforms.  The police in Scotland are becoming a PC laughing stock.   The State enforcement unit of the Progressive elites.   If you are a young man who wants to become a policeperson I would suggest you would have a far greater chance if you change your gender, sexuality and make sure you take an indoctrination course in the latest State doctrines.

The Brexit debate gets uglier…

This is one great example…

Meanwhile the Woke Revolution continues to eat itself.   Philip Lee’s defection from the Tories to the Lib-Dems results in the chairperson of their LGBT committee resigning (apparently he committed blasphemy by voting against SSM)/

In Hong Kong Carrie Lam withdraws her extradition treaty.   In Argentina currency controls are imposed. In Africa – 2000 people in the Congo have died from Ebola…In Australia Anglican vicars marry.

The ‘God made me that way’ argument is now completely debunked.

In Australia female students who want to be engineers have been demeaned by suggesting that they need to have their pass scores lowered by 10%.

We interact with this fascinating conversation with Brendan O’Neill.

And this one with Ricky Gervais.

Finally we end with this beautiful music from Stormzy and Ed Sheeran…this is well worth listening to.