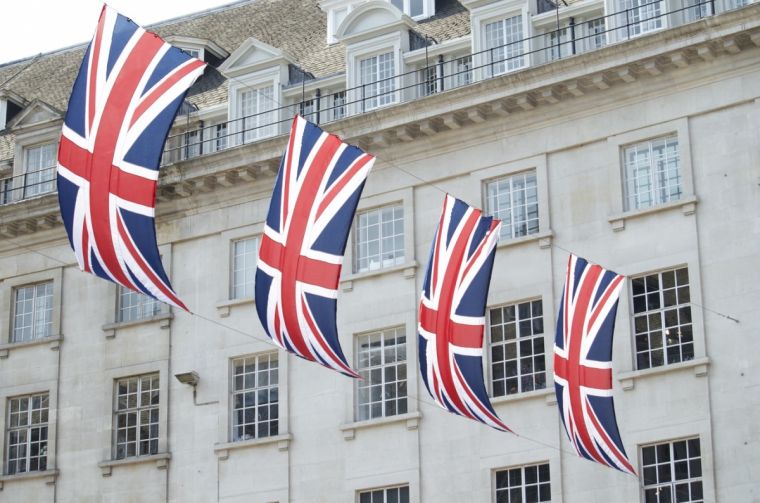 Is Britain about to break up? The argument is being made more frequently by the commentariat in London and Manchester – especially those who are opposed to Brexit. ‘Look’ they say, “Brexit will mean the break up of Britain” and this, along with the other apocalyptic predictions ‘planes will stop flying, the NHS will collapse, the end of civilization as we know it’, is being used as a weapon to prevent Brexit.

But how true is this meme? And does it matter from a Christian perspective?

I live in Scotland. I am a Scot. And I have been involved in the Scottish political scene since 1979. In 2014 the independence movement came very close to achieving its aim. David Cameron had granted a referendum on Scottish independence confident that he would easily win it and kill off Scottish nationalism for good (does that sound familiar?).

He was so confident, (polls were showing 70% for the Union) that he even allowed the leader of the SNP, Alex Salmond, to draft the question; “Should Scotland be an independent country?” It became a close run thing with all the stops being pulled out, everything from Project Fear to Gordon Brown. The union survived 55%-45%, but the SNP thrived. Its membership quadrupled and in 2015 they won an astonishing 56 out of 59 Scottish seats in the Westminster election.

In the 2016 EU referendum 1.6 million Scots (63%) voted Remain, 1 million (37%) voted Leave. The narrative since then has been that Scotland wants to remain and so will leave the UK in order to join the EU. This narrative is superficial and simplistic. It won’t happen. In fact the opposite has occurred – instead of strengthening the chances of Scottish independence, Brexit has killed the possibility off for decades.

One third of SNP voters voted for Brexit and they cannot understand why the SNP would want Scotland to become independent of one union, only to join a larger one, where we would have less say. ‘Independence in the EU’ is to them an oxymoron.

Whatever the pros and cons of the EU, when your economies, laws and courts are largely controlled by an outside body, that is not what most would call independence. The obsession with Brexit seems to have turned the SNP into the EUNP. Ironically they now use the same Project Fear arguments against leaving the EU, as were used against leaving the UK. In the 2017 General election the SNP lost 21 seats and the Tories gained 12 – largely because of the Brexit issue.

Secondly, as the UK has found with leaving the EU, breaking up is hard to do. If leaving a 50 year old union is hard, how much more complex will leaving a 400 year old one be?! That is why, despite the chaos in Westminster, polling figures show that support for independence has not risen, and may even have shrunk. In order to call a secnd independence referendum Nicola Sturgeon wants the polls to be at about 60% Yes. They are generally 15-20% short of that.

But didn’t the First Minister talk recently about putting legislation for another Independence referendum before the Scottish Parliament? Was she bluffing? To put it bluntly, yes. She was speaking to a conference of SNP activists hungry for news and hope. She offered them the carrot of another referendum knowing that it is not going to happen.Because another referendum cannot happen without the Westminster government giving what is called a Section 30 order. Both the Tories and Labour have said they will not do this.

When the UK parliament refuses, this is a win/win for Sturgeon and the SNP. They don’t have to fight a referendum they would almost certainly lose and they get to blame the bad politicians in Westminster yet again.

So if you are concerned about the breakup of the UK, relax. Scotland won’t be leaving soon (although Northern Ireland is a different and even more complex story).

If the Foundations be destroyed….

But should we care? And is there a particular Christian perspective on this? I think so.

There are Christians who want Scotland to be an independent country (I am one of them) and others who want us to remain within the UK. I hope that none of us will claim particular biblical sanction for our positions. Amazingly, the Bible says nothing about Scottish independence! But we should be concerned about the state of Christianity in our countries.

The 17th century was also a time of great turbulence in the British Isles – with a civil war in England being extended to Wales, Scotland and Ireland. Amidst all the turmoil, including a king losing his head; parliament requested a large group of ‘divines’ (clergymen) to meet in Westminster to formulate a plan for uniting the churches, and thus the kingdoms, in Britain.

Although that didn’t exactly pan out, it did result in the Westminster Confession of Faith (the basis of most Presbyterian churches). Ultimately by the end of the century we had a stronger parliamentary democracy and the union of Scotland and England.

Who knows but the current chaos in the land may yet lead to something better! We can only pray!

Whether that was a good or bad thing – I tend to plumb on balance for the former – is not the question. The real question is now that we are removing Christianity can a United Kingdom that was founded upon it, remain? And do we want it to? Perhaps there is more that hangs on that question than we realise.