Continuing our review series in which we attempt to make some sense of Brexit:

Chapter 10 of The Great Deception is one of those chapters that revealed to me so much fascinating information that at the end I just wrote ‘Wow’…but before we get on to that here are some of the best articles on Brexit over the Christmas New Year Period.

My favourite is this brilliant article from Theodore Dalyrmpyle – which neatly sums up where our democracy is heading: A Cambridge professor arguing that six year olds should vote because they are more ‘progressive’!

At the head of the article were the words: “Allow six-year-olds to vote? No, but it’s not as crazy as it sounds. Children tend to be more progressive and idealistic than their parents.”

This illustrates rather neatly the proto-totalitarian tendency of much of the Western intelligentsia. For this intelligentsia, the purpose of elections is not to limit the power of politicians, provide the electorate with a choice and correct policies that seem to it to have gone too far in one direction or ­another, but to produce a pre­determined result, the predeter­mina­tion being that of an elite of the correct-thinking. That is why a proposal that makes traditional gerrymandering look like an act of probity can be taken so solemnly. The end justifies the means.

Here is Daniel Hannan asking the EU Parliament why it is necessary to punish Italy for overstepping EU budget guidelines, but yet let France off with a higher deficit because of ‘Macron’s’ special circumstances.

Incidentally here is Hannan, a moderate Brexiteer, showing why May’s deal is such a disaster…

The Brendan O’Neill Podcast with Tony Abbot is also well worth listening to.

But let’s return to the Great Deception.  Last time  we saw how the British electorate were deceived into voting for an EU which they thought was just a trading bloc and how some of our politicans knowingly lied to us.  This week we move on to chapter 10 The Awkward Partner – which looks at how when France stood up for its own interests it was considered ‘European’ but when the UK did so it was considered ‘anti-European’ and awkward.

“The UK really did have a lousy deal. The Agricultural Policy, which we had always known worked against our interests, was out of control…it was also clear that in a few year’s time the UK budgetary contribution would rise so much that we are quite likely to find ourselves the nation making the largest contribution” David Owen, Foreign Secretary 1978-1979

When the UK population voted to stay in the EEC, the UK itself was in economic crisis. Most thought that the Common Market was just a free trade area and therefore remote to most daily interests.

From the beginning it was clear that the British were seen as awkward partners. We had different political and economic cultures.   One key area was when the EEC set out to adopt a common energy policy.   Britain had just discovered vast reserves of oil in the North Sea and so wanted to keep the price high. The French wanted it to be kept law. The French wanted the EU to negotiate at the OPEC oil producers on behalf of the UK – Britain refused.  Britain was cast as the awkward partner – although I suspect that if the French had discovered oil they would have done their own thing.

Meanwhile fishing continued to cause tension. Britain’s deep water fishermen were now barred from within the 200 miles limits set by Norway and Iceland. The so-called ‘Cod Wars’ in 1975 saw British fishing boats forcibly expelled from Icelandic waters by armed gunboats.   Britain then decided to set up its own 200 mile limit. The British fishermen wanted the first 100 miles to be restricted to British vessels only. But under the terms that Heath had signed in his betrayal of the UK fishermen this was not permitted and instead the Commission decided what the quotas would be (and called it a ‘conservation’ policy).   Britain had largely lost its deep sea fishing industry and control of its waters which contained 80% of the fish in Western European waters.

In the late 1970’s the European parliament was set up. Because of Labour rebellion against the idea, the then Prime Minister, Callaghan, was forced to tell his EU partners that Britain could not hold elections for a European parliament in 1978.  Eventually they were held in 1979.

Meanwhile the Foreign Secretary, David Owen, realised that the terms under which Britain had signed up to the EEC were unfair. But he found that it was hard to adopt a tough negotiating stance because his senior civil servants would not face up to the reality and were not prepared to fight for British interests. Again note the similarity with today! 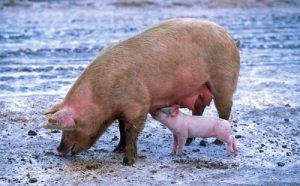 A lot of this was personal to me. I was a teenager who lived in a fishing constituency being decimated by the EU. My father was a farm worker on a pig farm. The pig industry was suffering and so the British Government had given pig-meat subsidies. The Commission had appealed to the European Court of Justice (ECJ) which ruled in its favour in May 1977. This was the first time a European Court decision had overruled a democratically elected British Government. Tony Benn saw the importance of this. He wrote in his diaries:

“Then I asked what would be the political effect of this on pig producers in the UK. John Silkin said it would mean in effect the destruction of our industry, the mass slaughtering of pigs and the abandonment of our processing plants in favour of the Danes… I wanted to be told explicitly – as I was – that I was a member of the first British government in history to be informed that it was behaving illegally by a court whose ruling you could not alter by changing the law in the House of Commons. It was a turning point”

Meanwhile the EEC continued to seek European Union (rather than just the trading bloc we had been promised we were entering).   The Belgian Prime Minister argued for a ‘People’s Europe’ which, like the People’s vote, was nothing of the sort.   It meant a centralised single currency and economy.

Roy Jenkins and the ERM

The next step in this was to come from another British politician, Roy Jenkins, who as a committed EUphile had become President of the Commission. He helped set up the European Monetary System (EMS) which contained the Exchange Rate Mechanism (the ERM). Britain refused to join the EMS. Even without the UK it was difficult to get agreement until a secret deal was struck between Giscard (France) and Schmidt (Germany).

The situation was becoming much more difficult for Britain and for the Labour government. We were on track to become the largest contributor finding ourselves subsidising French farmers whilst the French blocked increases to regional development funds. 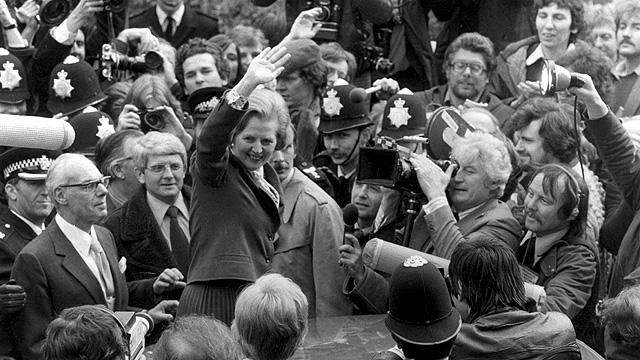 On 4 May 1979 Margaret Thatcher walked into 10 Downing Street where she was to remain for 11 years. Initially she appeared to be a very pro-Europe, looking forward to a single market becoming “Thatcherism in Europe”, and a bastion of individual freedoms rather than collective bureaucracy. This was not the vision of the EU bureaucrats. Conflict soon followed – a conflict which has led up to todays situation. She was nothing if not forthright.

“I must be absolutely clear about this. Britain cannot accept the present situation on the budget. It is demonstrably unjust. It is politically indefensible; I cannot play Sister Bountiful to the Community whereas my own electorate are being asked to forego improvements in the fields of health, education, welfare and the rest.” (Margaret Thatcher. 18th Oct 1979 – the Winston Churchill Memorial Lecture in Luxembourg).

At a meeting of the European Council in Dublin she noted: “some, for example the Dutch Prime Minister, Mr Andreas Van Agt, were reasonable, but most were not. I had the strong feeling that they had decided to test whether I was able and willing to stand up to them. It was quite shameless: they were determined to keep as much of our money as they could.” (note the similarity with today – the EU wants to keep the money – and the differences – we don’t have a Prime Minister who is willing to stand up to them!).

Mrs Thatcher was discovering that the EU idea of ‘give and take’ meant “you give, we take”. In the years that followed battles with President Mitterand were to be the dominating factor.   In 1983, France and Italy blocked payment of Britain’s refund. Thatcher decided she would stop British payments to the community, if she had the backing of her MPs but, she wrote, “there was a hard core of Euro enthusiast… who instinctively supported the Community in any dispute with Britain.” (again note how little things have changed).   Thatcher backed down. however she did succeed in June 1984.

Getting the council to agree to a 66% rebate for the UK. But this was a mixed blessing. Brussels decided to fund this to something called the “Own Resources Decision” which was something so complex that according to the commission’s own reckoning, it produced “the somewhat surprising result that the United Kingdom appears to participate in the financing of its own rebate”.

The end result of this was that the UK government refuse to apply for funds that were due to it for CAP, funds which other member states took advantage of. This meant that British farmers we are less able to match their EU competitors. This disparity in subsidy levels would result in 15 years time in one of the greatest crises ever faced by British agriculture.