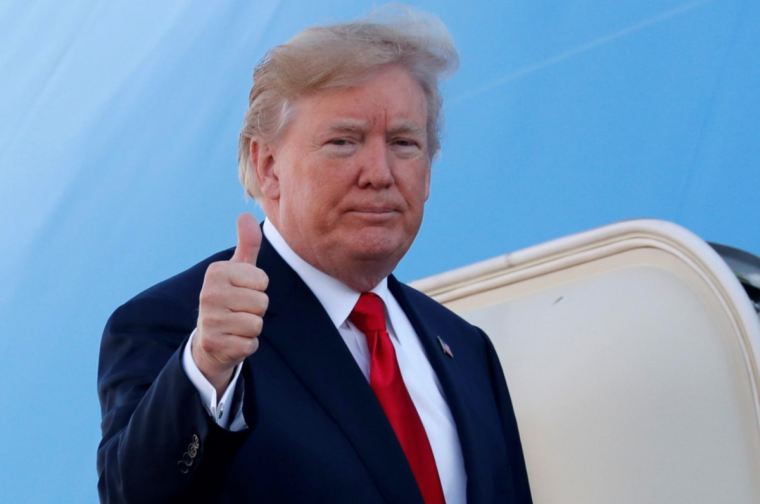 This is the first of a two part series published here in Christian Today – looking at some predictions for the year that lies ahead.

It’s always dangerous to claim to be a prophet. Make a prophecy too specific and it is easy to be proved wrong, make it too general and it is impossible to be proved wrong. I don’t claim the mantle of a prophet in the biblical sense of the word (someone who brings extra revelation from the Lord or who foretells the future) but it is good for us to ‘understand the times’ and to reflect upon what is happening in our uncertain world so here are my ten ‘predictions’ for the coming year.

10. There will be wars and rumours of wars – North Korea is the one to watch, not least because of its potential to use nuclear weapons. Japan has just announced that it is building new aircraft carriers to deal with this threat and the increased belligerence of China in the South China seas. Lets not forget the ongoing conflicts in Sudan/South Sudan, Congo, and Ukraine. There seems little likelihood of peace on earth in 2018.

9. President Trump will continue to re-write the Presidential playbook – Contrary to some predictions, Donald Trump has survived one year as president, and we have survived one year of his presidency. It has not been the complete disaster that some predicted (a successful Asian tour and a growing economy, two notable successes), nor has it been the ‘Nirvana’ that some hoped for. The investigation by Robert Mueller might yet lead all the way to the top and provide the smoking gun for impeachment that some look for. Whatever happens we know that the President will continue to tweet, offend and outrage with his narcissistic and self-indulgent behaviour.

8. There will be ‘Extreme Weather events’ – There have always been ‘extreme weather events’ and to the end of time there always will be. Whatever the extent of the impact of human activity there are few that will deny it is significant for our planet. Not all the floods, earthquakes, hurricanes and extreme temperatures will be directly attributable to our carbon emissions but it would be foolish to deny that what we do does have an impact. Just as it is foolish to think that somehow we can control the weather and the planet. The biblical perspective that we are to be stewards of God’s earth is one that we need constantly to remember.

7. ISIS and Islamist Terrorism will continue in a different form – The defeat of ISIS in terms of their so-called Islamic State does not mean the end of their ideology or activities. Thousands of ISIS fighters will move on to Afghanistan or return to Europe, Africa and Indonesia. Some will have become disillusioned and will turn away from the violence, but others will be even more embittered. The ongoing fight against Islamist terrorism will continue to impact us all and sadly the recent suicide bombing in Afghanistan will not be the last.

6. Political Turbulence will continue in Europe and beyond – Who would have thought at the beginning of 2017 that we would be entering 2018 without a German government in power – as Angela Merkel continues to seek to form a coalition, following the unexpected success of the far right AFD movement, now the third largest party in the German Bundestag? Or that a far-right party in Austria would be partially in power? Or that Poland would be facing sanctions from the EU concerning civil liberties? Or that political leaders in Catalonia would be spending New Year imprisoned by the Spanish government?

The rise of extremist politics looks likely to continue in 2018, with right and left feeding off one another. In Europe the far-right in Sweden, Germany, Austria and in Eastern Europe will continue – and the threat has not gone away in France, Italy and the Netherlands. The situation in Catalonia is volatile and we must not forget what is happening in Greece and also the Ukraine. It’s not just in Europe. In South America there has been significant changes with the rise of right-wing leaders in Chile, Brazil, Argentina and Peru.

5. The gap between rich and poor will continue to grow – The wealthiest 500 people in the world saw their wealth grow by $1 trillion in 2017. In November a Saudi prince paid $450 million for a disputed Leonardo Da Vinci painting, Salvator Mundi. Despite all the talk about equality and justice, this is seen by Western liberals as reflecting social issues, not economic ones. It’s why the mega Western Corporations can portray themselves as ‘liberal’ and in favour of equality – because they have redefined what equality means. Globalisation and the ‘free movement’ of capital means that the wealthy can take their wealth wherever they wish and use it to make more money for themselves. The poor, as always, are left the breadcrumbs from the table.

4. The increased use of Robotics will have a significant impact – This gap between rich and poor will only increase as capital is spent on robots and not on people. A commission at the end of 2017 warned that £290 billion worth of jobs in the UK were likely to be impacted by this growing trend – and that it is the poor who will suffer disproportionately.

Humans are not just sophisticated robots…and the robots we make (even those which make other robots) will never be human. Apart from not experiencing birth, death, hunger, sex, joy, anxiety, fear, jealousy, anger and worship; they don’t have souls or emotions. But nonetheless the rise of increased automation will have a profound impact upon our culture.

3. China and Africa will continue to grow and develop economically – Most of us are aware of the significance and importance of China in an economic and increasingly a military sense. The leadership cult of Xi Jinping which leapt forward in 2017 is of importance to the whole world. But what many people do not realize is that much of Africa, with its rich resources, is growing and developing. We tend to think of Western economies as being the most advanced but that may be changing. Western corporations tended to take resources out of Africa whilst governments offered aid. The Chinese do the same but they are also investing hundreds of billions in infrastructure and development. The longer-term impact of this has yet to be seen.

2. Brexit will continue to dominate British politics – I still have my doubts whether Brexit in any significant sense will actually happen. The establishment elites have too much to lose and are too strongly invested in the EU to allow Britain to just withdraw, whatever the result of the referendum. As the date of Britain leaving the EU gets ever closer watch out for increasing hysteria and endless reports on how the end of the world is nigh. Whether this will result in any change is unclear – much depends on how intransigent the EU Commission will be. Given that they do not have to answer to any electorate my suspicion is that they will find it easier to play hardball and that the weak British government, desperate for some kind of ‘successful’ deal, will accept whatever they can get. Whatever happens the golden rule is not to trust the spin from any of the politicians, none of whom are ever permitted or inclined to admit failure.

1. The number one issue will continue to be the attempt of humanity to remake itself according to Queer Theory – (the notion that human identities including sexuality and gender are not fixed). What most people don’t grasp is that this is way beyond the presenting issue of transgender (those who suffer from GID – gender identity disorder). This issue is being used to allow a whole new (and unproven) philosophical theory to become the basis of our education, media and politics. Anyone who dares to go against this doctrine will be outed as a heretic, shamed and banished to the edges of ‘civilised’ society. Witness the public shaming, subsequent repentance and contrition of Lewis Hamilton over the festive period. There will be many other stories like this in 2018 because the elites who largely govern our culture have either bought into Queer theory wholesale or can’t be bothered fighting it (because it does not directly affect them). I am not surprised that the groupthink that occurs in Western ‘liberal’ academia has bought into this (the shocking treatment of any such as the Canadian lecturer, Dr Jordan Peterson, who dare to disagree is testimony to its power). But what is disturbing is the way in which the Conservative government in the UK has bought into Queer Theory, hook, line and sinker. This is because they are determined to show they are no longer the ‘nasty’ party and this appears to be a cheap and easy way to do so. The consequences of this unthinking, irrational and uncaring approach, and the push back against it will be the main cultural story in 2018.

There are other things that we know about that will be significant (further medical developments, cultural changes and the royals) but I suspect it is the unknown that causes most anxiety for those who can be bothered to reflect on these matters. The Christian is not someone who should be detached, disengaged, self-absorbed, hubristic or fatalistic. As we move into 2018 with all its uncertainties, hopes and fears let us remember, in the words of the old cliché – I don’t know what the future holds, but I know who holds the future.