Letter from Australia 110 – Drowning, Surfing and the Future of Christian Conference Centres

The day is finally here.  I write this as we are about to head to Sydney airport to head home for the first time in three years.   The idea when we came out here was to go back for a month every year – ‘many are the plans in a man’s heart, but it is the Lord’s purpose that prevails’ (Proverbs 19:21).    The world has changed so much.  I wonder what changes we will see in Scotland? We have missed out on our daughter’s wedding, my father’s funeral and the birth of our grandchild. 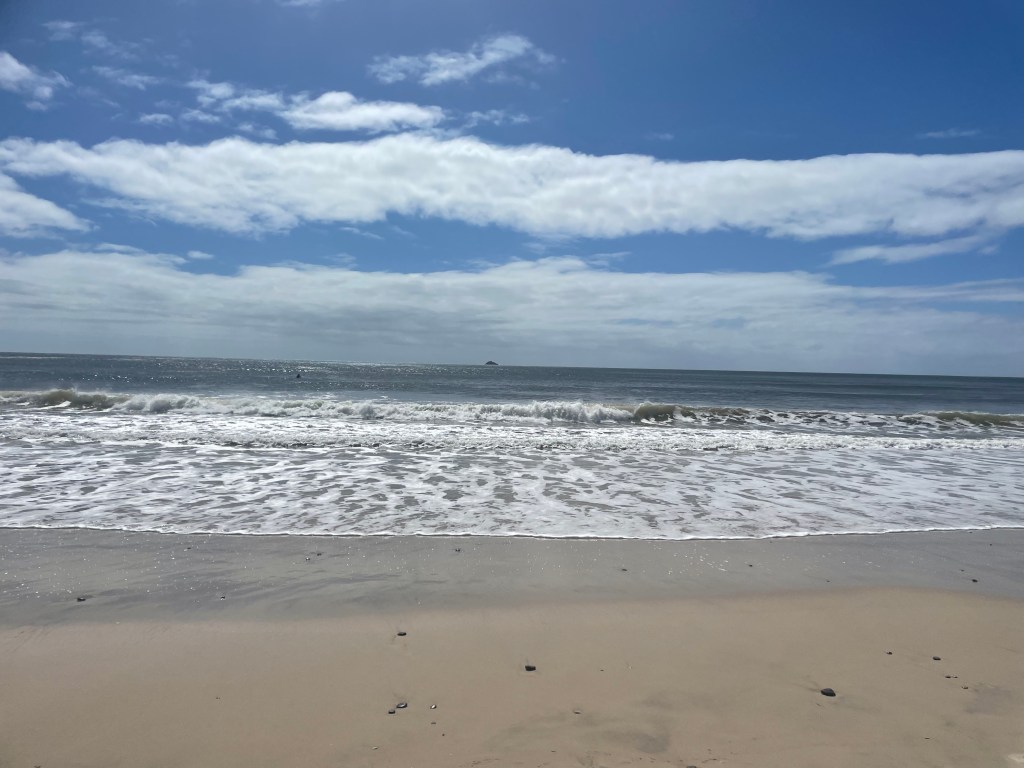 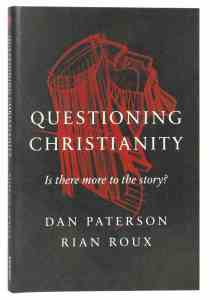 A couple of weeks ago I was up in Byron Bay – speaking at Dan Paterson’s ‘Questioning Christianity’ (an excellent initiative here in Australia – not dissimilar to Solas).   The weather wasn’t great – it had just been flooded – but I thought I can’t go to Byron Bay and not swim in the sea.  So, I nipped out on my own for half an hour and plunged into the sea.  I had noticed that the only people in the water were surfers – not swimmers.   I soon discovered why!   I got hit by a large wave which overwhelmed me and pulled me out to sea.  I’m not the strongest swimmer in the world and I have to admit a mild sense of panic, when I tried to come back in and kept being pulled out.  There were no lifeguards and no one within shouting distance.  I made it to shore – exhausted – but thankful that my end was not to come at Byron Bay!

The sense of drowning, of being overwhelmed, is a powerful one.  Ps 124:3 speaks of this.  It’s not just physical, but emotional and spiritual.  The enemy comes in like a flood.  And we feel that we are drowning – being swept away.  Some of us have had that experience. Wave after wave hits you.  You are in over your head.  Perhaps you get to ground where you were before, and you find that the ground has moved from underneath you…It’s the uncertainty and the fear and the struggle.   You get weary. 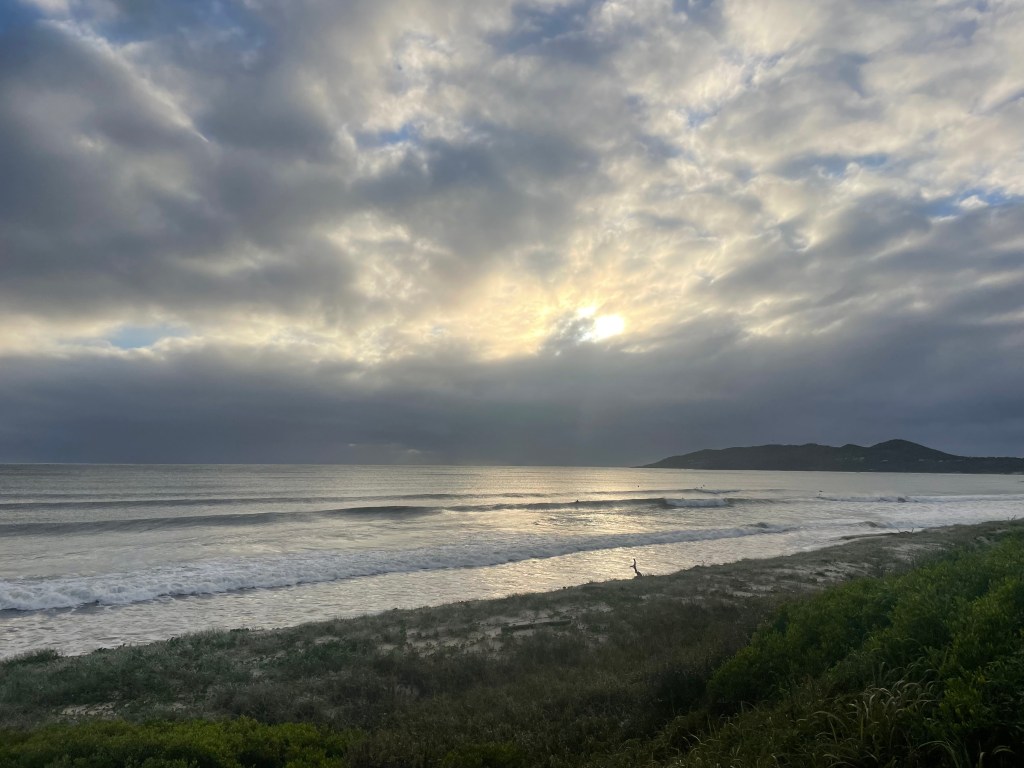 The temptation then is to want to stay in our own wee pool – somewhere safe.  It’s so much safer to stay in the shallow swimming pool near your own home.  But in Christian terms that is no use for catching fish.  You have to go out into the ocean.  You have to launch yourself into deep waters – where there are storms, sharks and stingrays.     Sometimes you are scared to go back into the water – you lose confidence.  You need a lifeguard.

There are huge cultural waves just now – as well as the relational, personal sin, work, the pain of the churches (what Paul calls the burden of all the churches – 2 Corinthians 11:28), watching friends fall, feeling that you are the one out of sync – drowning.   But the Lord promises – “When you pass through the waters, I will be with you; and when you pass through the rivers, they will not sweep over you.” (Isaiah 43:2).  With Christ in the vessel, you can smile at the storm.

And sometimes instead of drowning, you surf!  Instead of the valley of the shadow of death, there is the green pastures and the still waters.   Last weekend I was at the Belgrave Heights Convention in Melbourne.  Right up to the last minute I was unsure if I would be going – because of the covid situation (much the same as our trip to Scotland – I hardly dared hope that we would make it!).  But I was able to go and had a lovely time.  It was both exhausting and exhilarating.  The people were hungry for the Word.  It was a forceful reminder to me of why I had come here – to encourage, exhort and evangelise.  There were those who told me their faith had been restored, others who spoke of how they too were drowning, and still others who longed to see some hope in the midst of a hopeless culture.  My theme was on the hope of Romans 8.  Here is the first one – you can see all the others on YouTube if you wish (my talk begins around 30 minutes).

I was particularly encouraged by doing a lengthy Q and A with the teenagers.  They were lovely young people – thoughtful, compassionate and real.  Growing up in a world which is hostile to their faith, and sometimes churches which do not grasp that world, and thus struggle to help them.  It was a dynamic and powerful session – because of them!  And I found another couple of ‘chess buddies’ from it.  They gave me more than enough material to finish off the SEEK book – now I just have to do it.

I have sometimes wondered if there is still a place for the Keswick/KCC/Belgrave type convention centres in today’s world.  At times it looked like they would just fade away, with a bunch of older, faithful Christians remembering the good old days when thousands flocked to hear the Word of God.  But it seems to me that these conventions, and convention centres, are more needed now than ever.   They are not historical relics from bygone days.  They are a necessary part of the current reality of the Church.  The State of Victoria, for example, does not have the most enlightened government.  To say that it is unsympathetic to Christianity is a bit like saying that the Ukrainian president is not a big fan of Russia!   Some of the young people thought I was brave to say the things I said – ‘we are not allowed to say these things here!’.  But I was just teaching the Bible!     Increasingly we will find that the societies we inhabit will become simultaneously both more hostile and more open to the Gospel.  The hostility will close many doors to us – in particular premises – both State and corporate.  Which is why we need these convention centres – not just to house a couple of big annual conventions – but also to be a resource and a base for the church throughout the nation.  Belgrave is building new facilities, which will facilitate this.  Perhaps our ‘Benedict option’ is to set up our own spaces – not so we lock ourselves away – but rather so that we can have freedom to prepare for our launch out into the cultural deep waters.   These convention centres are like the ship building yards of old – the places where ships are built and come in for restoration, repair and renewal.

Sometimes much of what we do feels like trudging through mud, sometimes the Lord lets us fly.  Sometimes we feel we are drowning – then the Lord enables us to walk on the water.  We always have a lifeguard – who will never leave us or forsake us.

My hope and prayer for you all is that whatever season you are in just now – that you will know the presence of the Lord – whether in the pit or on the mountain top.  I hope that we will all be able to go deeper into the ocean of God’s love.

Meanwhile I have a plane to catch.  Hopefully see some of you in Scotland – and if anyone is around in St Peters on the 15th I hope, if the Lord wills, to be preaching in my old church that day.   Some see that phrase ‘if the Lord wills’ as either pointless or pietistic.  If we have learned anything these past couple of years, it should surely be the truth of James’ maxim; ‘if it is the Lord’s will and do this or that” (James 4:15).  Our times are in his hands.   Thankfully.

Perhaps the next letter will come from Scotland (DV!),