Letter from Australia 102 – The Bruised Reed….and the Broken Mind 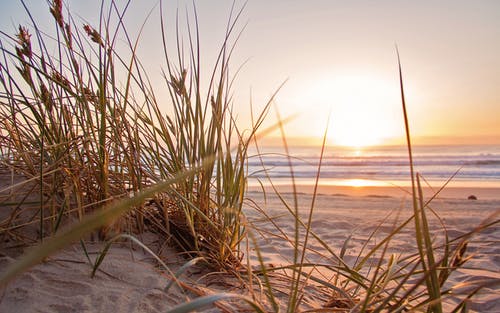 I have been thinking a lot about mental health.  We keep being told that there is, or soon will be, a mental health crisis.  I’m sure that this is right.  Many of us think we understand physical ill health – but mental ill health still carries a great deal of misunderstanding and stigma.  From a Christian perspective we should understand that just as living in a broken world means we live in a world where this is physical sickness, so we live in a world where sometimes we have broken minds and emotions.    I hope that none of us has the idea that Christians are somehow immune from mental illness because ‘now we are happy all the day”. There are many factors which can contribute towards us having mental ill health – personality, genes, history, circumstances and more.  We are much more fragile than we realise.

The Lord in his mercy has provided ways for us to be supported and helped.   We have families, communities, churches – meaning, life and purpose.   One of the reasons that mental health problems are increasing is because the supporting networks are being slowly dismantled by those who know how to destroy, but don’t know how to construct.

One key factor is the use of fear as a means of control.  When I came out of hospital ten years ago, the ICU unit asked if I would be willing to help set up a support group for those who have been through the same experience.  And so, we set up ICU Steps.  Why?  Because some people having gone through such a dreadful experience and been so near to death, get really fearful and can hardly venture past their doors.  They are paralysed by fear.

Today is ‘freedom’ day in Sydney as lockdown is gradually lifted.   There will be those who have so bought into the fear that they won’t use their freedom.  In New Zealand the government has been so effective in telling people that thousands of them will die if covid ever comes to the country, that now they have announced the ‘zero covid’ policy is over, there are many people who are terrified.  The propaganda worked all too well.   We have been so cowed that we even need counsellors to tell us how to socialise – as in this article, which is typical of several doing the rounds just now….https://www.news.com.au/lifestyle/health/mental-health/how-to-deal-with-social-anxiety-once-lockdown-ends/news-story/e0e0a8a8a3085289d641b5f96e9357c5

Government learned that the best way to get short term compliance from their populations re Covid was to create fear.  Now we have a society where the weaponization of fear is normalised.  If you thought the hysteria generated around covid was bad, wait until you see what they do with climate change – as they seek to persuade us – for the good of the community/planet- that measures will have to be taken that mean the poor will have to get poorer and the rich get richer.   A survey of tens of thousands of teenagers throughout the world found that 60% of them were deeply anxious about the future because they think the planet is dying.   I have been astounded to see that some of the commentariat and politicians, instead of seeking to calm these fears, stoke them up even more by saying that we ought to listen to the young people – who know nothing except the fears their media and teachers have fed them them.  You have stolen my life!   It’s a self-generating cycle of despair.

A World of Despair

Young people are being brought up in a world, where if they are not going to die from the plague, then they are going to die from the climate.  And if that is not enough – they are brought up in an identarian world, where normal stable identities are being deconstructed.  Imagine growing up in a world where people cannot tell you what a woman is, and where they can tell you that men can become pregnant!

Our cultural elites are destroying family, humanity, education, science, morality, relationships, sex, community, language and hope.  They create a desert, and they call it peace.   It is little wonder that our young people are facing increased mental health issues.  In NSW around 50 teenagers per day were going to hospital because of mental issues during our lockdown (in Victoria it is over 400 per week).  The social contagion of trans ideology is driving more and more children into despair and mental ill health.  In Scotland the government is now promoting state sponsored child abuse in schools (that is what the promotion of the trans ideology is).    And the collapse of the family is the biggest driver behind mental ill health – as well as abuse in all its forms – sexual, physical, emotional, online, drug, alcohol, bullying, etc.

That is the societal background – which is far more important than many of us, sheltered in our wee cocoons, are aware of.  When you add to that the personal traumas, stresses and dramas we will inevitably face, it is not surprising that our mental resilience is not strong.  The UK government are warning that because of covid measures, the population has become so sheltered, that the normal immunity to flu and other illnesses has declined to the extent that they fear tens of thousands of extra deaths.  It is a similar picture for our mental health.   We are bringing our children up in a society where on the one hand we cosset them and on the other we terrify them.  It is a recipe for disaster – the first time any crisis hits we fall apart.

Cancer, death, wounded relationships, spiritual darkness, confusion, abuse, overwhelming burdens.  Without the supports that are being taken away, it is no surprise that people just cannot cope.

This is where Christ comes in.  He does not pretend that everything is fine.  He weeps over Jerusalem, is enraged at the false religion and greed of the money sellers in the temple; damns those who abuse children. He knows the depths and sorrows of mental struggle.  He was tempted in every way just as we are.  He went to the bottom of the pit – yet he did so to bring us hope and to take us out of that pit.

The Christian gospel is not one of despair – it is good news of a sure and certain hope.  That is not to say that Christians will never experience mental breakdown or illness.   But it is to say that there is no pit so deep, that Christ has not gone deeper still (Rabbi Duncan).    And Christianity builds the things that our ‘progressives’ are destroying.  We build family, community, church.  With Christ language has meaning, people have purpose and society has stability.   Even death has lost its sting for us.  We live in faith, not fear; in hope not despair; in joy not misery.

That means that we do not demonise, ostracise, or cancel those we do not agree with.  It means that we do not remove the weak, despise the different or fear our enemies.  We hate the ideologies and the sin which causes so much destruction – but, like God, we love the sinner and long for them to be ransomed, healed, restored and forgiven.  We do not break the bruised reed.

In that regard I have noticed an increasing tendency amongst some commentators to compare our current authoritarians as ‘Puritans’.  In recent weeks I have read that the Victorian and Scottish governments are behaving like puritans – as are the woke progressives.  If only that were true!   This is usually written by 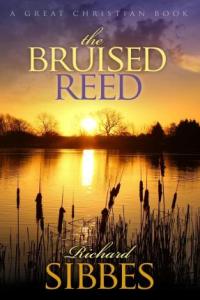 people who know nothing of the Puritans. I actually read the Puritans and find in them ‘balm in Gilead’ – that is healing for the soul, body and mind.    One great example is Richard Sibbes – The Bruised Reed – one of the most beautiful and extraordinary books I have ever read.   Those who are closet to Christ, and know most of Christ, will be most like Christ.  Gentle and lowly.

Christ gives us his healing word.  That is why I have been doing ‘Coffee with Job’ every weekday (and the Romans Road to Hope every Sunday).  Because the Word brings healing of the mind.  I certainly would not have survived without it.

I’ll leave you with this prayer from the Book of Common Prayer and a couple of scriptures – which shows just how this works out in reality.   Be healthy…

A prayer for persons troubled in mind or conscience.

“O Blessed Lord, the father of mercies, and the God of all comforts; We beseech you, look down in pity and compassion upon this your afflicted servant.  You write bitter things against him, and make him to possess his former iniquities; your wrath lies hard upon him, and his soul is full of trouble:  But, O merciful God, who has written your holy Word for our learning, that we, through patience and comfort of the holy Scriptures,  might have hope; give him a right understanding of himself, and of your threats and promises; that he may neither cast away his confidence in you, nor place it anywhere else but in you.  Give him strength against all his temptations, and heal all his distempers.  Break not the bruised reed, nor quench the smoking flax.  Do not shut up your tender mercies in your displeasure; but make him to hear of joy and gladness, that the bones which you have broken may rejoice.  Deliver him from fear of the enemy, and lift up the light of your countenance upon him, and give him peace, through the merits and mediation of Jesus Christ our Lord, Amen. “

“Do not be anxious about anything, but in every situation, by prayer and petition, with thanksgiving present your requests to God.  And the peace of God, which transcends all understanding, will guard your hearts and minds in Christ Jesus.” (Philippians 4:6-7)

Letter from Australia 101– The Rearranged Church, the Revolutionary Church and the Sleepy Church