This weeks column in Christian Today.. 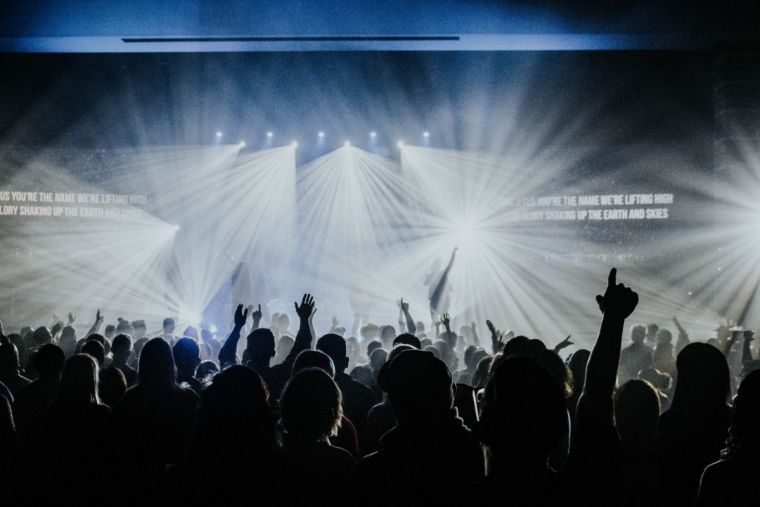 Hillsong’s songs are sung all over the world, reaching from Australia to the ends of the earth – including my old congregation in Dundee. I now live in Australia and have occasionally tuned into one of their services during these strange Covid times. I was intrigued during their Christmas service to see the strapline at the bottom “Broadcast in line with government health orders,” which set off a whole train of thought.

In the UK, and indeed throughout the Western world, our forefathers fought (sometimes literally) for the right to worship according to the dictates of their own consciences, not the dictates of the State. I wonder if we are nearing a moment where governments, having tasted the forbidden fruit of being able to tell churches how to worship, will think that this is something they can continue; that ‘health and safety’ can be expanded into a many headed monster, which can be used to justify many things.

Of course, there is a role for the State to apply standards and regulations in some areas. For example, they can set building standards, make noise abatement orders and even, in a time of emergency, close all public gatherings to prevent plague. But does the State have the right to tell us how or who to worship? Absolutely not! God forbid – (indeed He does!)

But then the question arises, does anyone have the right to tell us how to worship? Does it matter how we worship – as long as we enjoy it, and it suits us? Surely God is just concerned that we worship him, not how we worship him? If people want to use guitars, organs, clowns, dancers, bells, smells, statues, films, dance routines, hymns, country and Western, liturgy, rock music, puppets, etc – what does it matter? God knows our hearts and he doesn’t care what we do.

The problem with this attitude is that the God we worship seems very concerned with how we worship him. He does know our hearts and that is why he cares about what we do – because we are far too easily enticed to worship other gods – even in the name of the one true God.

On Mount Sinai, after giving the Israelites the first commandment, telling them that they were to worship him only, God then told them how they were to worship – not making any images and bowing down to them (Exodus 20:1-6). It didn’t take long before the people broke both commandments – creating a golden calf when they grew tired of waiting for Moses to come down from the mountain.

For a God who does not care how he is worshipped, he does seem to give us a lot of information about what he expects! The books of Leviticus and Deuteronomy, for example, contain a great deal of specific instruction regarding how he is to be worshipped! Two of Aaron’s sons, Nadab and Abihu, were killed because they offered ‘unauthorised fire’ (Numbers 3:4) and there are many other examples. Indeed, the Old Testament spends far more time on how we are to worship God than it does on arguing for his existence.

Ah, but that was the Old Testament. Now in the New we can worship him any way we want surely? We have been set free from the old way of the Law and we worship in the new way of the Spirit? There is some truth in that, but it is not the whole truth. Jesus said we are to worship him in Spirit and in truth. The New Testament guidelines for worship may be far simpler than the Old, but they are still there.

We no longer have a temple, or the ceremonial law or the Levitical priesthood. But we still worship the same God and we are still to worship him in the way that he requires. It is after all about him, not about us. We don’t want to be those who worship the Lord in vain – as Jesus pointed out when he cited Isaiah, “these people worship me with their lips, but their hearts are far from me” (Matthew 15:8-9).

The basic elements of New Testament worship are clear – prayer, preaching, reading of Scripture, giving to the poor, communion, baptism, singing psalms, hymns and spiritual songs, greeting one another, the confession of sin and giving thanks. There will be different ways of doing these things, some influenced by tradition and culture. There will be extra things that we may have as conveniences to help us – which the Bible says nothing about. For example, church buildings, sound systems, electricity and even musical instruments are not mentioned in New Testament worship – which does not mean that we should not use them. But it does mean that we need to be careful not to add on to God’s commands on worship, nor to take away from them.

Here is a radical thought. Instead of asking “what do I want?” or “what would appeal to that particular group of people we are trying to attract?”, why don’t we ask: “what does God want?”

Imagine Jesus walking through your church service and asking: “who asked you to do this in my name? Was it me? Why are you doing this? Who is it for?”.

The Father seeks those who worship him – not themselves, nor their culture. How wonderful it would be, if we could put at the bottom of the screen on our broadcast services: “Broadcast in line with God’s spiritual health orders!”