I was asked to write an article for Think Scotland on this weeks judgement in the court case on public worship in Scotland.  You can get the original here…(Think Scotland is always worth having a look at!) 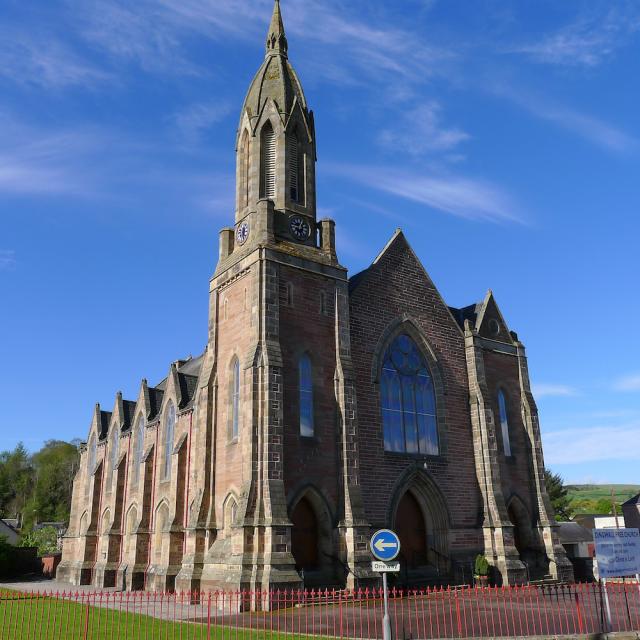 THE HEADLINES were straightforward.  “Scottish Church leaders celebrate as church ban ruled unlawful’.   The reactions unsurprising.  If you are a lockdown sceptic, you hailed the victory of the brave leaders who took on the government.  If you think the Scottish government is the best wee government in the world you were appalled at the selfishness of the church leaders seeking to undermine necessary precautions.

The case was brought by Rev Dr William Phillip of the Tron church in Glasgow and 26 other church leaders against the Scottish government, arguing that the enforced closure of churches was unconstitutional and that it was an unjustified infringement of their right to manifest their religion under article 9 of the European Convention on Human Rights (ECHR).  The pastors were supported by Canon Thomas White of the Roman Catholic Church.   In effect they won their case, although, as always, the written judgement, all 72 pages of it, is more nuanced than the headlines.   The judgement is well written, closely reasoned and a mine of information about Covid, politics, history, the church, human rights and Scotland.

First it is necessary to give Lord Braid’s own caveat.

“It is as important to understand what I have not decided as what I have. I have not decided that all churches must immediately open or that it is safe for them to do so, or even that no restrictions at all are justified. All I have decided is that the Regulations which are challenged in this petition went further than they were lawfully able to do, in the circumstances which existed when they were made.

The judgement does not recognise that the government has no right to take measures in a time of public emergency, including stopping services of public worship, but it did rule that the measures taken were not proportionate.  After carefully laying out his reasons he finds in favour of the petitioners,

“For all these reasons, I have concluded that the Regulations do constitute a disproportionate interference with the article 9 right of the petitioners and others. As such, they are beyond the legislative competence of the respondents for the reasons set out above. Reverting to the constitutional issue, for the same reasons I therefore find that the Regulations are also a disproportionate interference with the petitioners’ and additional party’s constitutional rights.”

These are five of the main lessons to learn from the judgement.

1. The Scottish government does not understand what Christian worship is and thinks that it can redefine it for its own purposes.   Incredibly the government had argued that banning public worship was not a ‘spiritual’ matter.  The judge had a better understanding of Christian worship, than some church leaders.   He accepted the argument that “an integral part of Christianity is the physical gathering together of Christians for prayer, proclamation of the gospel, the celebration of communion and the administration of the sacrament of baptism. The essential physical element of these aspects of their faith is absent from virtual, internet events.”   He further argued that the government did not have the right to dictate to the churches that they could worship online – “That might be an alternative to worship, but it is not worship. At very best for the respondents, in modern parlance, it is worship-lite.”

“it is undeniable that certain aspects of certain faiths simply cannot take place, at all, under the current legislative regime: in particular, communion; baptism; and confession, to name but three. It is impossible to measure the effect of those restrictions on those who hold religious beliefs. It goes beyond mere loss of companionship and an inability to attend a lunch club.”

2. The Scottish government reserves to itself the right to define what harm is, and what can be considered essential.  Its disproportionate banning of public worship was based upon the premise that church is little more than a secular social club and not necessary to the health of the individual or community.  The judge disagreed. Unlike the government, and it has to be said some church leaders, the judge recognised that there is such a thing as spiritual harm.   I observe that (in contrast to the Four Harms assessment number 7/60 of process) there appears to be no recognition of the spiritual harm caused by an inability to worship, which goes beyond increased isolation, loneliness and loss of community.

3. The Scottish government can be disingenuous and ‘creative’ with facts and figures. For example, Nicola Sturgeon had claimed on Feb 16th ‘places of worship are not closed’.    Lord Braid pointed out the disingenuity of that remark: “There can be no doubt that places of worship may not open for worship and in that sense it is jejune at best, misleading at worst, to state that places of worship remain open. They do not. It is no more correct to state that churches remain open because certain activities may be carried out there, than it would be state that cinemas remain open because they are used as jury centres.”   He also dismissed the argument that worship was not being criminalised per se – pointing out that the effect was to do just that.

The argument that opening churches posed a significant threat because 800,000 people regularly gathered in churches and other places of worship was dismissed – because it’s not true.  Those of us who are church ministers in Scotland would love it if the government figures were real – it would mean at least a doubling of our congregations!   It is disturbing to see the government base policy and laws on figures that are in effect just made up – although they did give themselves a not too clever opt out by using the words ‘up to’ 800,000.

Lord Braid pointed out that the government’s own figures showed that church worship was the lowest reason for transmission of Covid 19 (in one example there were 45 possible such cases in a total of over 6,000, in another 110 out of over 16,000) and that the Scottish government had been notified on only one small outbreak in a church in Lanarkshire, involving only two individuals.

4. The Scottish Government epitomises the Nanny State. In an astonishing statement the Scottish government argued that the closure of churches was necessary because “it may be a relief to some more vulnerable members of the congregation if they know they cannot attend and a difficult decision on whether to risk attending is take (sic) out of their hands by closure.”  This was described by the Senior counsel for Canon White as “breathtakingly patronising”.

The Government also did not take into account the effective measures that were already being taken by churches which made them one of the lowest risk areas.  Guidance, rather than the sledgehammer of law to crack this particular nut would have been the better way.  But the Scottish government does not trust either its own people or the churches.

5. The law should not be based on public opinion. Initially Lord Baird thought that the fact that many faith and church leaders supported the closures might carry some weight.  But on reflection he decided that just because a belief was a majority one, that that should not give it extra substance in law.  Likewise, those who have minority beliefs should not be discriminated against in law.

Overall, the judgement demonstrates some of the major weaknesses within the current Scottish government – its tendency to provide ‘misleading’ figures, overreach into areas outwith its competence, redefining of language, and perhaps most alarmingly its self-perception as the only real agency of control and the common good.  Lord Braid’s judgement also shows the value of having an independent judiciary, not subject to political, media or mob control.   Given the current trajectory of the government it remains to be seen whether that independence can be really maintained.  Meanwhile the churches will be back in public worship this Easter.  Praise the Lord!

David Robertson is a former Free Church Moderator, working currently in Sydney, Australia. His personal website is The Wee Flea.

I also comment on this in the latest Quantum – Quantum 139 – The Beatles Edition – Scotland, Australia, Russia, Israel, China, the US, North Korea; Philippines, UK, and Europe