This weeks article in Christian Today is a response to an article they published by Peter Crumbler, former Church of England communications director, entitled “Are we preaching the Wrong Gospel for Today’s World?”..

I was horrified by it and wrote the following response.  For some reason the published version here is quite different in some places from mine.  I am not sure why the additions (and subtractions)…You can work it out for yourself.  It’s not that big a deal but suffice to say I prefer the original version.

Back to Peter’s article.   It’s no wonder that the Church is in so much confusion when we have leading clergy suggesting we need to change the Gospel to suit todays society…

Here is my response…be good to know your thoughts.

Do we need to change the Gospel to speak to today’s world? 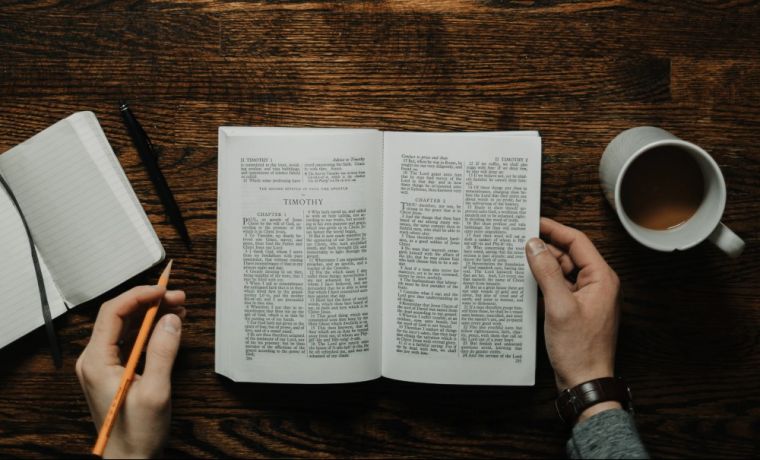 The question was asked this week – are we preaching the ‘wrong Gospel for today’s world?  The obvious implication being that we are, and we should change it so that it is more appealing to today’s society.   That is the question/challenge that Peter Crumpler, former Church of England communications director, asks in his CT article.   Peter suggests that we should shift the emphasis from guilt to shame, because today’s society would resonate better with that.  Whereas in the past we spoke about the need to repent from our sins and seek forgiveness from Christ, now we should show people their true worth in Christ and turn them from shame.

From one perspective it’s an attractive proposal.  Telling people they are sinners is not attractive and telling them they should be freed from shame because they are worth it, is a winning formula – just ask Joel Osteen!  Christ came to give us all our ‘best life now’.   But is it the Gospel?

Generally it is recognised that guilt is “I have done something bad” – shame is ‘I am bad’.  Guilt is the wound; shame is the scar.  The Bible clearly addresses both.  Jesus talks about people being guilty of sin (John 9:41), Isaiah indicates the need for our guilt to be taken away and our sin atoned for (Isaiah 6:7).  The Good News of the Gospel is clearly tied up with the fact that we commit sins.  That is why Jesus tells us that we are to ‘repent and believe the good news” (Mark 1:15).  In fact, Jesus goes so far as to say that if we do not repent, we will all perish (Luke 13;3).

The Gospel message of the early Church included the command to repent and turn to God, so that our sins may be wiped out (Acts 3:19).  In fact, God now commands all people everywhere to repent (Acts 17:30).   We cannot change that message because we think it will be unattractive to modern culture.  Apart from the fact that it’s never been an attractive message in any culture, we just do not have the right to change the gospel.  It’s God’s good news – not ours.  The is through the foolishness of preaching the Cross, and not the wisdom of the world, that people are saved. (1 Corinthians 1:18-25)

The Bible also speaks clearly about shame.  “How long will you people turn my glory into shame? How long will you love delusions and seek false gods?” (Ps 4:2).   It is clear that shame is not divorced from sin – it isbecause of sin. It says that we make ourselves a stench and bring shame on ourselves (Proverbs 13:5). This is not the shame of status, of what others think or indeed of what others have done to us.  It is the shame of who we are because of our own sin.    When Paul warned the Philippians about false teachers, he described them in this way – “Their destiny  is destruction, their god is their stomach, and their glory is in their shame. Their mind is set on earthly things.”    God shames the wise and strong by choosing the weak and foolish (1 Corinthians 1:27) .     Those who are condemned to the blackest darkness forever are those who ‘foam up their shame’.  (Jude 13).

Shame in the Bible is never passive – it is always tied in with the guilt of what we do.  And what we do is because of what we are.  But Brene Brown gives a very different definition of shame – “believing that we are flawed and therefore unworthy of love and belonging.”  The solution then is to ‘believe that we are worthy of love and belonging”.  What a desperately sad, delusional and graceless message that is.  Grace tells us that we are not worthy, but that Christ is – and that he comes to save us – not to tell us how worthy we are.

Rebecca Winfrey, also cited in the article states  “In Victorian times people had a very strong sense of right and wrong beaten into them at school, and a very strong sense of their duty to do the right thing.”  But that too is unbiblical.  We have a sense of right and wrong (and sense of duty), not because it is beaten into us (I suspect Rebecca is not an expert on Victorian history!), but because we have the law of God written in our hearts (Romans 2:15) .

Peter Crumpler rightly quotes Ephesians 2:10, “we are God’s handiwork, created in Christ Jesus to do good works, which God prepared in advance for us to do.” But a test out of context is just a pretext for whatever we want to say.   It’s not the Gospel of God.  This verse does not support this new Gospel of telling people that Jesus came to tell them they are worthy.  The same chapter says we were dead in transgressions (ch2. V.5).  Dead.  Not worthy.  Not confused.   Not bearing other people’s shame. Not just filled with shame. But dead.  So dead that we cannot even see the kingdom of God unless we are born again (John 3).   We need to be made alive by Christ – then, and only then can we do these good works.

Of course there is a wrong version of shame – a sense of unworthiness which is caused by society, wrong judgements and self-absorption. In one sense that is easily dealt with – it certainly doesn’t require the Cross.  But the biblical idea of shame is much deeper and requires a much deeper solution that just telling people they are worthy.   To present the Gospel as some kind of therapeutic solution for a psychological condition, is no Gospel at all.

Why is this Important?

It’s amazing that in all Paul’s letters he wrote to churches who had deep problems – sexual immorality, incest, drunkenness at communion, factions, greed, idolatry and more.  Yet to all of them he began with a commendation and thanks – except for one – his letter to the Galatian church.  He was so astonished that they were turning to a gospel which is really no gospel at all, that he stated, “if we or an angel from heaven should preach a gospel other than the one we preached to you, let them be under God’s curse!’ (Galatians 1:8).

The wrong gospel for today’s world, is any gospel that turns away from the Gospel given by Christ to his apostles and revealed to us in the New Testament.  We don’t have the authority, the ability or the wisdom to create a ‘better Gospel’. Even if we mean well, let’s not think that we can improve upon the Apostolic Good News.   To add or take from it – is to change it. To change it is to pervert it.  The gospel the world needs today is the same that was preached in New Testament times – and has been throughout the world by faithful churches ever since.  Repent and believe the Good News about Jesus and you shall be saved.  There is no other name, and no other Gospel, by which human beings can be saved.  (Acts 4:12).  We don’t need a new Gospel.  We need to return to the old one!  The one given by Christ.   If we want to be called Christians.