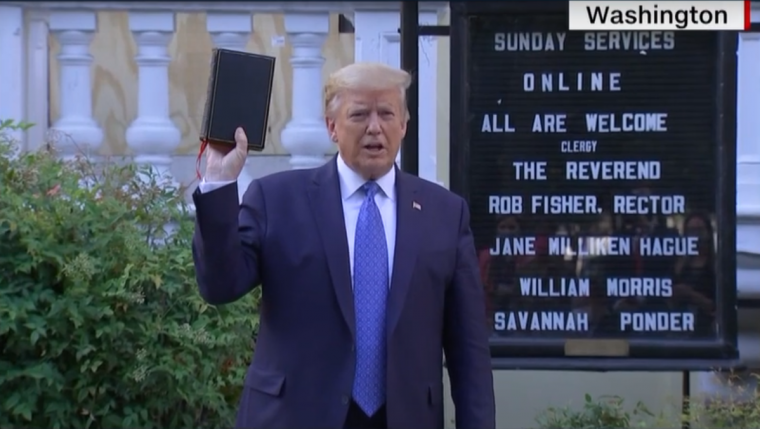 Dear brothers and sisters at Evangelicals for Trump,

As we approach the day of the Presidential election, I thought I would follow up my earlier letter to your brothers and sisters on the other side of the political divide.

In terms of an organisation, Evangelicals for Trump doesn’t appear to be much of a ‘grassroots’ one. Indeed the only one I could find was this one paid for by the Trump campaign.

To be honest there was not much on there, but this statement reveals why you think Christians should re-elect the President: “Evangelicals for Trump will engage the Christian community to help re-elect President Donald J. Trump in 2020. Through re-affirming support for President Trump, evangelicals across the country will work to deliver a second term – ensuring that pro-life initiatives, religious freedom, and the appointment of conservative judges are kept as a top priority for four more years.”

What is an Evangelical?

Evangelicals for Trump reflects rather a widespread view that the vast majority of white evangelicals (and a significant number of African-American and Hispanic ones) have voted and will vote for Donald Trump. This is deeply puzzling to many outwith the US who do not understand how you can vote for such a flawed human being. I must admit that I shared (and to some extent still do) their scepticism – but as usual with all simplistic narratives – the reality and the truth is much more complex. For a start the definition of evangelical is one that is deeply puzzling. One recent report suggested that 30% of American evangelicals did not accept that Jesus is God. In what sense then can they possibly be called evangelical, if they deny the very centre of the evangelical faith?! Labels are not necessarily helpful.

However, in this letter I am addressing those who are Bible-believing Christians, who have the Cross at the centre, believe in the necessity of the new birth, in heaven and hell, and that faith should be worked out in actions both in church and community. Why would real Christians vote for a man who appears to be somewhat lacking in the fruit of the Spirit?

It’s always best when we are trying to understand a position, to grasp what the best defenders of that position say. If on the other hand you are seeking to mock or demonise then pick the worst. Which is why I am not going to argue against those who say that President Trump is ‘The Lord’s Anointed’, or who prophesy that God has told them ‘his servant will win big’, or indeed the lady who wrote to tell me that John Piper was “nothing more than an opinionated, mean spirited, self-righteous, judgemental Baptist” because of his criticism of the President.

Dump Trump or Bide with Biden?

The former Liberal Party leader in the UK, Tim Farron, expresses the puzzlement of many when in a recent Spectator article, he urged Christians to dump Trump. You may be annoyed at the article, as I was, because it completely ignored the elephant in the room. In asking you to dump Trump, Farron was in effect encouraging you to ‘bide with Biden’ . There are many reasons why I accept that evangelicals will never vote for Biden.

I have long ceased to be party political and have little faith in any politician. But in a democracy, as long as we have it, I believe that as a Christian citizen I have a responsibility to vote. Sometimes that means I have to go for the least bad option. Evangelicals for Biden, knowing that his support for the Democrat policy of state-funded abortion on demand up to birth is a real stumbling block, suggest that we should not be ‘one policy’ voters. I agree – there are at least five ‘one’ policies which are crucial to me.

For that reason, I agree with you that I could not vote for Biden. In all conscience I could never vote for a man who supports abortion on demand and who recently spoke in favour of an eight-year-old changing gender. Much as I like some of his policies, these are a big no. Perhaps then we should abstain, or make a protest vote for a third candidate?

What is the case for voting for President Trump?

The best I have heard is from Al Mohler, in this article in which he says: “I didn’t vote for Donald Trump in 2016. Repulsed by his character and unable to see him as a conservative, I voted for neither major party candidate. I made a symbolic vote.”

He now says that he is going to vote for the President, despite all the reservations about his character. Speaking of which I found this statement powerful: “I cannot accept the argument that a calm man who affirms the dismembering of babies in the womb has a superior character to a man who rants like Genghis Khan but acts to preserve that life.”

There is another factor that has surprised me. Although I was delighted in 2016 that Hilary Clinton did not get in, and even more delighted that the media and pundits were all proved spectacularly wrong, I thought that President Trump would be a failure. That has not turned out to be the case. In foreign policy, he has been the most successful US president for many decades – as Greg Sheridan, senior foreign correspondent of The Australian, summarises: “By recognising Jerusalem as the capital of Israel, Trump brought a new realism to Middle East diplomacy. By imposing tariffs on China, he changed gears and lubricated the rusted cogs of trade negotiations. By pressuring NATO allies, he won new commitments. And by exiting Paris, he showed the way to a pragmatic, technology-based approach on emissions reduction.”

The agreements with Bahrain, the UAE, Sudan and Israel are stunning diplomatic successes which would have brought, for any other President, a Nobel Peace Prize. President Obama got one after eight months in office, when he was waging war in Afghanistan and Iraq!

On the domestic front, his economic policy is usually deemed to have been successful, his social policies less so, but the biggest success has been in the appointment of three Supreme Court judges and over 300 other judges. Unusually for a politician, President Trump has delivered much of what he promised.

But that still leaves me with a problem. These reasons explain why you would vote for President Trump but please do not go to the extreme of having him as some kind of Christian champion. One woman wrote me: “Trump is a warrior and a patriot! He humbles himself daily as people near and far lift him up before Almighty God! He is not ashamed of the Gospel of Jesus Christ!”

This is the kind of nonsense that gives Christianity a bad name. There is nothing about Donald Trump that indicates he knows anything about either humility or the Christian Gospel.

“I am the only one who can make America great again.”

“No one reads the Bible more than I do.”

Stephen Mansfield’s Choosing Donald Trump is a revealing insight into the religious thought of Trump and of some who support him. Trump’s version of ‘Christianity’ is more Norman Vincent Peale’s The Power of Positive Thinking than it is Jesus Christ’s. Peale’s mantra – “believe in yourself! Have faith in your abilities” – is Trump’s. When Trump becomes a Christian, it will be because he no longer has faith in himself, but instead in Jesus Christ. Until that day please do not pronounce him as a believer, never mind a Christian leader we should follow.

Emotional Investment in the Wrong Place

This letter is long enough but I also have one other concern. It seems to me that far too many Christians have allowed politics to take the place of their faith (on either side). That is seen in the emotional investment – sometimes to great harm. I suspect that if it were not for Covid, President Trump would have been a dead cert for re-election. As it is, almost all the pundits and polls have him as a loser. They could be wrong. But whatever the result, please do not exult if your man is elected, or get depressed if he isn’t. It’s not the inauguration of the Millennium, nor is it the end of the world.

Remember the words of the Psalmist: “Do not put your trust in princes, in human beings, who cannot save”. (Psalm 146:3).  Instead continue to hope in, live for, and love Christ.