This article was first published here on Premier….

As bushfires ravished the Australian landscape, destroying property and claiming over 30 lives, Christians worldwide fell to their knees in prayer. It’s now being reported that record breaking rainfall is containing all of the fires. David Robertson explains why he believes the news is a dramatic answer to prayer

Bad news sells. The more apocalyptic the better. That’s why so many will have heard about the dreadful situation we faced in Australia these past few months.

Good news is often just a footnote that we can easily miss. So I thought I would share some good news with you…

“Come to Sydney,” they said.  “It’s a beautiful city, the opportunities for the Gospel are great and the weather is almost perfect.” We moved here from Scotland in July last year and while the first two promises have been proved right – the third is a little more testing! First there was the continued drought and increased heat, which in turn has impacted the bushfire season, which in turn has been so severe that it has created its own weather.

In a normal year Sydney might have one or two ‘smoke’ days. These past few months there have been over 40. More than 11 million hectares have been burned (that’s an area over five times the size of Wales). At the beginning of the year things were not looking good. Major fires had been burning for weeks – new ones had started and the air quality in Sydney even forced me to go out and get a mask. I was speaking at a Keswick-style Bible conference near Melbourne when we were ordered to evacuate for one day. The fires passed us by but many others lost homes. We were told that the likelihood of rain before April was minimal. Water restrictions were imposed on Sydney because the main dam had fallen below 43%.

What could we do? Even if climate change was a factor – which the evidence suggests is the case – nothing we did would make a difference. The firefighters were exhausted – even though there were reinforcements coming from all over the world. We were helpless.

So what did we do? As Christians, we prayed. The Archbishop of Sydney, Glenn Davies, called on us all to pray. The Prime Minister, Scott Morrison, publicly prayed at Hillsong. I remember writing a couple of desperate Facebook posts and tweets, urging Christians throughout the world to pray for us.

“What good do prayers do?” scoffed the mockers.

Then some rain arrived and for a few days the weather cooled.

We smiled and were thankful.

“Is that all your God can do?” came the cries of derision. 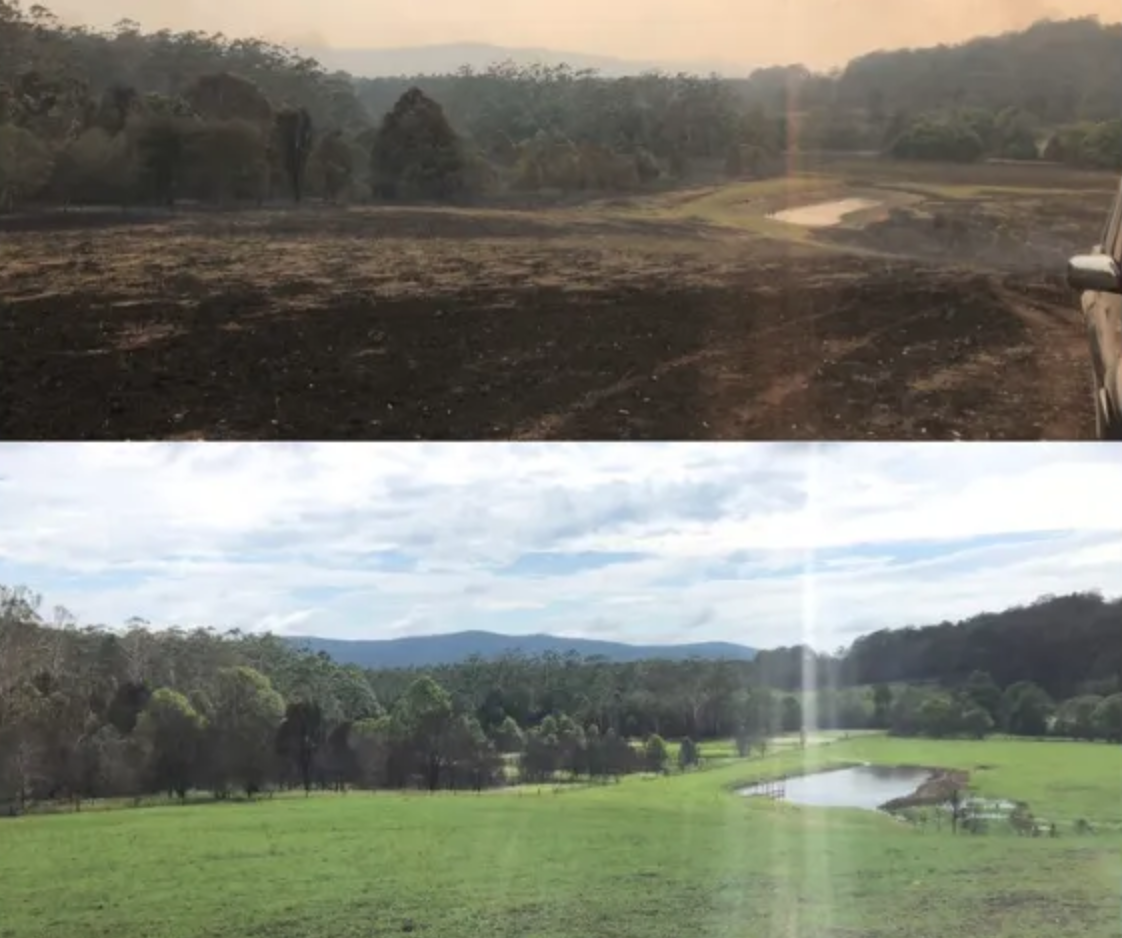 What is utterly astonishing is to see areas that were brown and arid suddenly becoming luscious and fertile. Russell Crowe tweeted a picture of his farm in Northern NSW. One week it was brown and burned. The next, after the rains, it was green and blossoming. To see farmers jumping for joy in the rain was a delight. And astonishingly the dam levels have jumped almost two thirds in one week – as a year’s worth of water was delivered.

The cynics whined, “It’s just nature – we knew it would happen….anyway why didn’t your God prevent the fires in the first place?”. It seems as though some people are never satisfied!

I do not believe in a mechanistic view of prayer where you put your prayer in the divine slot machine and out comes the answer you are looking for – if only you pray hard enough. But neither am I a Deist – believing that God created the world and wound it up like a clock – having nothing to do with it ever since – just observing from afar.

I believe that ultimately all things are controlled by God. He uses the laws of nature he has created. Even though we live in a broken and fallen world, he is able to intervene. That is why we pray.

Sometimes there is miraculous intervention, but by definition that is rare. He usually uses more normal or everyday means. The scriptures are full of prayers for those facing extreme weather conditions – especially drought. Acts 14:17 says: “Yet he has not left himself without testimony: He has shown kindness by giving you rain from heaven and crops in their seasons; he provides you with plenty of food and fills your hearts with joy.” James 5:17 reminds us: “Elijah was a human being, even as we are. He prayed earnestly that it would not rain, and it did not rain on the land for three and a half years. Again he prayed, and the heavens gave rain, and the earth produced its crops.”

I suspect our ancestors prayed a lot more about the weather than we do…perhaps they were wiser?

“O God, heavenly Father, why by our Son Jesus Christ has promised to all them that seek your kingdom, and the righteousness thereof, all things necessary to their bodily sustenance; send us, we beseech you, in this our necessity, such moderate rain and showers, that we may receive the fruits of the earth to our comfort, and to your honour; through Jesus Christ our Lord. Amen” BCP.

As the bushfires continue to rage, what might God be saying?

What is the Truth about the Australian Bushfires?

A Mighty Downpour in Australia