This weeks column in Christian Today – you can read the original here – I have wrestled with this one for a couple of weeks – not least wondering whether I should publish it at all – because it is so easily open to misunderstanding.  I hope that you will get what I am trying to say.   The title I might have chosen would be ‘A tale of two buildings – the Hagia Sophia and the Free Church Manse’…but CT went with the one below….

In a significant and shocking moment for Muslim-Christian relations, Turkey’s President Erdogan has announced that the Hagia Sophia, the beautiful and grand former cathedral, is to be turned into a mosque – again. 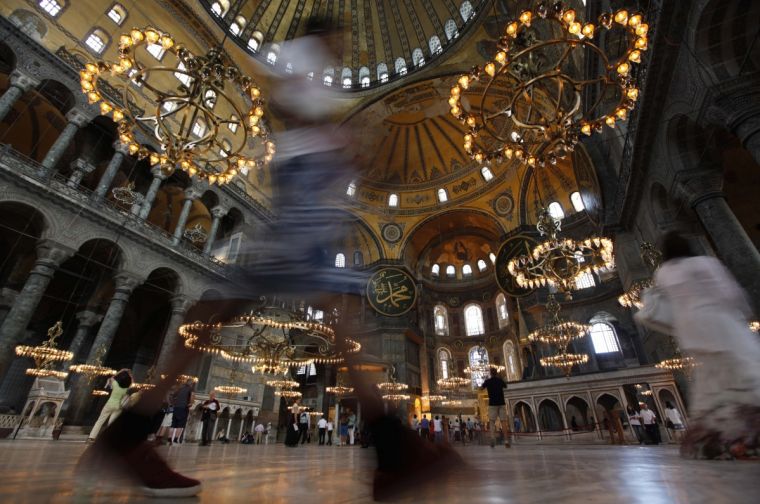 The first church on the site was founded in AD 360, with the present building dating back to the sixth century, and was the centre of the Eastern Orthodox Church for over 1,100 years – until Mehmed II conquered Constantinople in 1453. From then until Ataturk in the 20th century, it was a mosque but for the past 85 years it has been a museum and is currently a designated UNESCO World Heritage site.

But with President Erdogan wanting to appeal to his base at a time of waning popularity, he is now going to turn it into a mosque again – much to the dismay of Christians, not only in Turkey but throughout the Middle East.

The continued persecution of Christians in the Middle East is one of the great underreported stories of the 21st century. The Assyrians for example have shrunk from 1.3 million in Iraq to less than 250,000. They have scattered over the world. There are around 40,000 Assyrians in Sydney – one of whom is my barber! In Turkey, Christians are systematically persecuted. Foreign church workers are arrested and expelled; evangelical churches are regularly attacked by extremists. To even suggest that the killing of over one million Armenians by the Turks in 1914-1923 was genocide will result in you going to jail. I recall in 2007 being in Ephesus just after three Christian leaders had been brutally tortured and killed – the fear amongst the Christians was palpable.

I suspect that turning the Hagia Sofia into a mosque will only make things worse as it will encourage the more radical Islamists to fulfil their dream of a society where Sharia law is fully enacted, and the Christians and secularists are removed. Another Hagia Sophia in Nicaea, where the Second Council of Nicaea was held in 787, has already been turned into a mosque. It is a concerning development which raises a number of questions.

Turkey has, like China, signed the UN’s Declaration of Human Rights, which amongst other things, guarantees freedom of worship, expression and belief. Like China, it appears that its signature is meaningless.

Another area of concern is the problem of the lack of freedom in many Islamic countries. In the West, Muslims are rightly free to worship and build mosques – something I have defended in the past and will defend again.

But what about the right of Christians to worship and build churches in Muslim countries? What about the rights of Muslims who wish to become Christians? Can they do so without incurring punishment from the civil authorities? What most Western liberals, brought up on a doctrine of religion as a private, personal, spiritual matter, do not get that Islam is not just a religion. It is a way of life, politics and government. There is no separation of religion and state in Islam. All belongs to Allah and must be governed in submission to His Law and those who follow him. It’s a coherent and consistent view.

When Muslims live in a country which is not Islamic, they are to abide by the laws of that country – but a religious Muslim will live in the hope that the country and its laws will eventually become Islamic. However even in a ‘free’ country like the UK, where it is legal to change your religion, a Muslim runs a great risk if they decide to become a Christian. I think of one girl who became a Christian and had to be taken into a police protection programme to save her from violence and abuse. 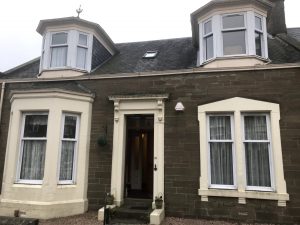 All of the above made me think of my former home – the Free Church manse in Dundee. It’s not exactly on the same level as the Hagia Sophia and I suspect will never be declared a World Heritage site, but it is important to me! I lived there for 27 years and recall with happiness every single room. Our neighbours were Muslims. They were good neighbours and we enjoyed sharing the same street as them. Over the years, more and more homes in the street were occupied by Muslims. When we left, the Church decided to sell the manse. It was sold to some of our Muslim neighbours. And I found myself having a reaction which surprised me. I was and am deeply disappointed that this has happened. Some reading this will immediately and unthinkingly suggest that this is because of ingrained racism, an accusation I utterly reject – unless you are prepared, in that smug way that Western liberals have, to regard Islam as a race, not as a religion. I could not care less about the skin colour or ethnicity of whoever bought the house. But religion is a different matter.

Why? I used to sit in my study in the early morning, reading my Bible, singing psalms and praying. Through the wall I could hear the Islamic call to prayer. I admired the devotion, but not the content – I’ve actually read the Koran. Our neighbours built a ‘garage’ in their garden – a garage which was really a place of worship. They belonged to a particular Islamic sect which had their own prophet and when he came to visit, all the followers of that group throughout Scotland would gather. Of course, it was never designated as a place of worship, but no councillor or authority would ever dare question its use lest they face the charge of Islamaphobia, which in today’s political culture is career suicide! On the other hand, if we had built a small church in our back garden without a change of use permit, I suspect we would have been ordered to tear it down.

But it does disturb me that the rooms in which we used to praise Jesus, show hospitality to his people and share the faith with others, will now be used to promote a different religion – one which is bound up in so much of the persecution of the Lord’s people. Is it wrong for me to feel that sorrow? I loved my Muslim neighbours and longed for the best for them – that they would come to know Christ. They at least had a couple of Christian neighbours to help with that. But I fear that as the street becomes more and more Islamic, the opportunities for that kind of engagement will disappear. Ghettoisation and a kind of cultural apartheid is not helpful for evangelism, nor is it conducive for a liberal, tolerant society.

A secular friend told me about a gay couple in the North of England who owned their own home. They were happy to see that it was a multi-ethnic and diverse community. But over the years that changed, until eventually they were the only non-Muslim couple left in their area. They were later approached and asked if they would sell their house. They refused because they loved where they were, but they then experienced a degree of abuse and threats which caused them to call in the local councillor. To their shock, he told them that they should move as the area ‘now belongs to us and different standards apply’! It was a vastly different experience from our own.

A Pluralist and Tolerant Society?

There is a bigger issue here. I have no problem with there being different religions within a pluralistic and tolerant society. But what if that religion itself is opposed to pluralism and tolerance, which I argue Islam is, and seeks to impose its own Sharia law? Is it even wrong to ask that question? Of course, we should recognise that there are many differences within Islam, but it nonetheless remains the case that Islamic teaching about law, religion and state is diametrically opposed to the Western liberal view (stemming from Christianity) of pluralism, tolerance and freedom of religion.

Douglas Murray, in his insightful book The Strange Death of Europe, warns us that there is a real danger of Europe losing its Christian roots, values and freedoms, something which he as a gay atheist deplores. I fear that the conversion of the Hagia Sophia into a mosque is a sign of more troublesome times ahead.

I once had Muslim neighbours; I no longer do. They once had Christian neighbours; they no longer do. All of this should remind Christians that we need to work while it is day, because the night comes when no-one can work. We need to make the most of every opportunity to tell of Christ because the days are evil. Let us love our enemies and pray for those who oppose and despitefully use us. Let us care for the refugee, whatever their religion, but let us never forget the God whose word is truth, whose Son is life, and whose Spirit brings hope. Jesus Christ is the same, yesterday, today and forever.

If you take a stand for the unborn, prepare yourself for a lot of abuse -CT