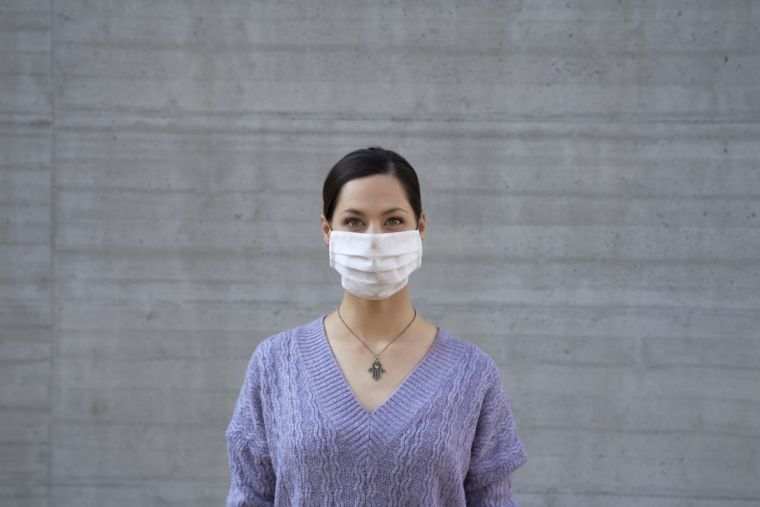 It’s extremely hard to predict the future. Imagine if a year ago you were in a group of people and you suggested that the big issue in politics and society would be whether we should wear a mask or not. People would have thought you were as crazy as if you had said that going to school, church and on holiday would be banned!

The mask question is fascinating. At one level it seems so simple and obvious to some people that wearing a mask is our Christian duty. It saves lives and surely if we love our neighbour then we should not be selfish, and simply mask up. On the other hand, there are those who argue that it is your Christian right not to wear a mask because the mask is a sign of a tyrannical government and besides which, isn’t it useless anyway?

I thought I would write about this a few weeks ago but discovered that there was such a wealth of material on this. Even as I write I am sitting with over 20 articles and papers on this one subject. I would read one article and think I have to wear a mask. Then another and think that there is no way I would wear a mask.

As this week facemasks are being made compulsory for shops in the UK, and for everywhere in public in Melbourne, and in many of the US states, I thought I would save you the pain of reading these endless opinion pieces and instead summarise what I have discovered.

The science is not clear

The big problem here is that there has been only a small number of trials and we are late in the pandemic cycle, which means there are no clear scientific answers. Most decisionmakers want to say they are ‘following the science’ and so find it easier to equate their politics, opinions and practices with ‘the science’. If your favoured epidemiologist does not agree with your opinion, you can always find another one – or even the same one in different circumstances. In April, Dr Anthony Fauci was telling us that wearing masks for the general public was not necessary and may even be harmful. In May, he was advocating wearing ‘some sort of a covering’.

On 6 April, the World Health Organisation said: ‘There is currently no evidence that wearing a mask (whether medical or other types) by healthy persons in the wider community setting, including universal community masking, can prevent them from infection with respiratory viruses, including Covid-19.’

It also warned that wearing masks in public could give a false sense of security. As someone else said, it’s like trying to stop a bullet with a chain mail vest. The trouble is that even the best medical masks can only stop Covid-19 around 45 per cent of the time. With cloth masks it’s only 5 per cent. And despite the reports, the science on this has not changed: there is no new clear scientific evidence that masks actually work as a protection for the wearer.

But although they do not protect the wearer, it is the case that they can be a significant help in preventing someone who has the illness passing it on through droplets and coughing. The trouble again is that even that is of limited value, with social distancing and handwashing deemed to be much more effective. The Norwegian Institute of Public Health, after reviewing the evidence on masks, suggested that 200,000 people would need to wear face masks in order to prevent one new infection per week. Given that the death rate from Covid-19 is now estimated to be between 0.1-0.5% of those infected, you would need to have 200 million people wearing masks to save one life!

Even if that were true, then surely even that would be worth it? After all, facemasks can do no harm? But therein lies the problem: everything has a risk/balance that we need to take into account. For example, if I told you that we could save tens of thousands of lives per year by one simple measure, would that mean we should take it? If we made all cars travel at a maximum of 5 mph, we would save those lives. But what would the cost be?

In terms of wearing masks, there are also risk factors. A paper published in MMJ Open in 2015 even suggested that wearing masks in order to prevent respiratory infection could cause harm. The WHO were concerned that the wearing of masks may also give a false sense of confidence. Ironically this appears to be the reason that some governments want their citizens to wear them; it will give them a sense of confidence that things are ok and that they and the government are in control. It’s almost as though the message is ‘don’t worry, we have this covered!’

And there is the psychological aspect. How long will we have to wear them? Will wearing them in shops reassure us or put us off going out in public? If the latter, what harm will that do to the economy and thus to people’s health? It is a complex issue with no clear and simple answers.

Politicians want to be clear

That does not suit our political leaders. They desperately need to be seen to be clear. If the science is confused that does not help. Which is why masks have become such a political issue. The BBC’s Newsnight reported that the WHO committee, which looked at the evidence for the use of masks in public, did not back them – but after political lobbying, changed its mind.

The fact that wearing a mask has become a politicised issue is an indication of the mess our society is now in. When wearing a mask or not is seen as a sign of political allegiance, we are in deep trouble.

The situation is confused

It’s not confusing in China or in other dictatorial regimes, like North Korea where anyone who does not wear a mask will face three months hard labour.

But in the UK and other more open countries, the situation is almost farcical. Face masks are compulsory in shops and takeaways, but not in cafes and restaurants, or gyms and cinemas. And although they are compulsory in shops, Tesco, JD Sports and Lidl among others have announced they will not be enforcing them; neither will the police. The NHS has advised workers with beards to shave them off. The UK government has even offered Pythonesque advice on how to make your own mask, which for some reason reminds me of the old government advice about how to create your own nuclear bomb shelter!

It seems to me that the Church can offer some basic Christian principles which can help us. Because we are concerned for other people and their wellbeing, we will wear masks when we are in situations where

a) that is the custom (ie South Korea),

b) where we cannot do social distancing (ie on a plane)

c) where there is evidence of significant community transmission and

d) where it is the law. From a Christian perspective, if the law demands that we wear masks then we will obey the law – but it would be much better if the governments did not treat us like children and attempt to legislate everything. In democracies we need the social contract to work and the government to treat its people like adults.

A different type of masking

While we are rightly concerned about our physical wellbeing, we must also consider a different kind of masking: the spiritual blindness that affects this world – “The god of this age has blinded the minds of unbelievers so that they cannot see the light of the gospel that displays the glory of Christ, who is the image of God.” (2 Corinthians 4:4 NIV)

We long for the light to shine into the darkness, which is why as Christians “we refuse to wear masks and play games. We don’t manoeuvre and manipulate behind the scenes. And we don’t twist God’s Word to suit ourselves. Rather, we keep everything we do and say out in the open, the whole truth on display, so that those who want to can see and judge for themselves in the presence of God.” (2 Corinthians 4:2 The Message)

In this world we wear masks; we cover things up. We cannot face the reality. We live, in a sense, as ‘hypocrites’ – those who put on faces. We could not stand to live in the light of the purest light. But there will come a day when we will see with ‘unveiled faces’; when we shall know, even as we are known. “And we all, who with unveiled faces contemplate the Lord’s glory, are being transformed into his image with ever-increasing glory, which comes from the Lord, who is the Spirit.” (2 Corinthians 3:18)

These teachings are not a biblical commentary on whether or not we should wear masks to deal with Covid, but they do remind us of a deeper and more important reality that we all have to face up to. May the Lord grant that all of us would be enabled to increasingly live with unveiled faces, and see and be transformed into His glory.

-After writing this I found this article to be an interesting perspective – Why the Swedes don’t insist on masks…https://unherd.com/2020/07/swedens-anders-tegnell-judge-me-in-a-year/?tl_inbound=1&tl_groups[0]=18743&tl_period_type=3

Letter from Australia 47 – The Human Touch