Greetings from a wild, wet and windy Sydney – it’s like a normal day on Lewis! Makes me feel so at home. It’s incredible the amount of rain that has come – last night another 24 fires were declared out. It’s funny that ABC had a headline that declared that the rain was an answer to prayer and the hyper=sensitive snowflake atheists went into meltdown! A couple of weeks ago we prayed for rain and some came and the fundamentalist atheists shouted –‘it’s not enough’. This weekend we got two months worth of rain in two days, there has been flooding and the dams are filling, the fires are being put out (and this in the middle of what is supposed to be the hottest month) and they shout ‘it’s too much’!   They are such an angry, insecure and miserable mob!

To contrast with that I read this morning in The Book of Common Prayer this wonderful prayer.

“O God, heavenly Father, who by Your Son Jesus Christ, has promised to all those who seek Your kingdom, and the righteousness thereof, all things necessary to their bodily sustenance: Send us, we beseech You, in this our necessity, such moderate rain and showers, that we may receive the fruits of the earth to our comfort, and to Your honour; through Jesus Christ our Lord. Amen. “

I spent today at NorWest Anglican church – preaching four times to good sized congregations, despite the weather.  Again I contrast it with the soulless, bitter, insecure world of the anti-God atheists.   I loved being with the Lord’s people. They were open, friendly and hungry for the Word. We had a Q and A after every service and the interaction was superb. Two incidents in the day particularly encouraged me (and it was a day when encouragement was needed!)

Firstly after one service, I was speaking with a group of Chinese ladies. They spoke of how they appreciated the ‘emotion’ – this is so real – they said – it is from the heart. We must love the Lord. In speaking to these complete strangers I realised that even though we did not know one another – we were knit together as brother and sisters in Christ. It is a very special joy.   As was speaking to the younger people at the last service of the day. One young man who came to me with a copy of The Dawkins Letters was so keen, enthusiastic and again hungry for God’s Word.   It is a privilege to preach to such people. Solid joys and lasting treasures – none but Zion’s children know.

I was also greatly encouraged by one man who asked about how we interact with a world that seems to have gone mad, without ourselves appearing aggressive and putting people off. In other words he was asking, how to be in the world but not of it. This church is serious about doing this and so for five weeks on a Tuesday night, starting in a couple of weeks, I am going to meet with them and discuss how we engage with the culture in order to proclaim the Good News. I am so thankful for this – because this is why I came here.

Although we miss home – and especially our family there – its also good to have family here.  This weekend we celebrated Annabel’s birthday – I am so thankful for her…in so many ways.   I’m also amazed that our Becky has turned into such a great baker – intelligent, good looking, a great mother – she can now add to that baking!  She is even maturing – she agreed fully with one of my articles – there is hope for the world! 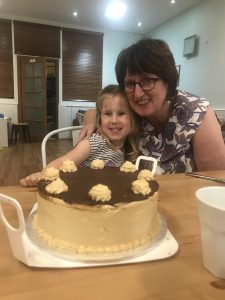 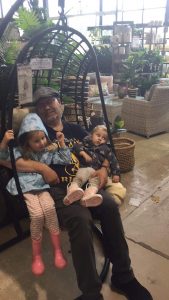 The Sad Tale of Two Steves

Of course NorWest is like any other church – full of sinners. And so there will be lots of problems. We are constantly in a battle.   Sometimes people think that if we just did ‘church in a new way’ we could avoid most of those problems.   I have been deeply saddened by the news that Acts 29 have removed their CEO Steve Timmis over allegations of bullying.   Crowded House which is led by Steve was regarded as a model of how to do church in modern times. People travelled from all over the world to see how it was done. Including my colleague and friend Steve McAlpine – who contributed to the excellent book Total Church.

Steve is one of the people cited in this article – https://www.christianitytoday.com/news/2020/february/acts-29-ceo-steve-timmis-removed-spiritual-abuse-tch.html

He was damaged by the authoritarian and abusive culture but did not know what to do. You don’t want to speak out in public because such a thing does damage to the church. Yet not speaking out does more damage – so much to his credit, Steve did speak out and this has resulted in many more people coming forward, testifying to the same thing. I know how much this cost him and I’m thankful for his courage, compassion and grace.

But I’m not thankful for the ‘post evangelicals’ who now want to jump on the bandwagon and weaponise this as an opportunity to attack biblical doctrine. As Steve McAlpine points out it’s not the doctrine that has caused the abuse, but the abuse that distorts the doctrine (ironically this was the subject that I was preaching on in NorWest).

It is also disturbing that although Matt Chandler was told about this five years ago – the response was to fire the five people who did the whistleblowing and get them to sign non-disclosure agreements. He says that he thought it was just a clash of leadership styles – but the question remains – if that was the case why the NDA’s?     To his credit Chandler has admitted that this was wrong – and has acted to correct it.

But it is an unedifying reminder that we are all broken people – living in a broken world – needing the love of Christ to heal and restore. We pray that both Steves – and the many other people affected by that will know this love that is beyond knowledge.   Whatever your circumstances may you also know and experience that love as you enter this new week.

PS.  Scotland is heavy on my heart.  The predicted chaos is happening.  The resignation of Derek Mackay and the fall out from that is spectacular – Derek Mackay – The End of the Scottish Government?    I feel for our sister Kate Forbes – who has been thrown into the midst of the maelstrom (for such a time as this?).  Pray for her and for all those in authority that we may live peaceable and Godly lives.