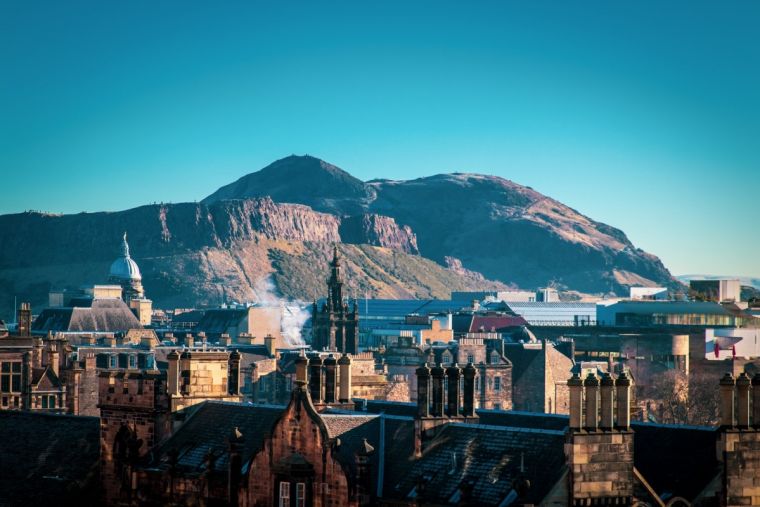 This weeks column on Christian Todaybrings together the two main issues I have been writing about (and a lot of you have been reading!) and looks at the broader state of Scotland.  If you have the misfortune not to be from Scotland (the world is divided into three groups of people – those who are from Scotland, those who want to be Scots, and those who have no ambition!), then this is still for you….there are lessons for all to be learned….and there is hope…perhaps, just perhaps there are a few signs of turning…

Scotland is an amazing country. I accept I may have a wee bit of bias but it has so much going for it – stunning countryside, a rich culture, incredible people and a society built on several hundred years of Christian civilization. However Scotland is in danger of throwing at least the last part of that wonderful heritage into the dustbins of history.

The Change in Scotland

The Scotland that anyone over 50 grew up in is now almost unrecognizable – at least in spiritual and societal terms. In the past twenty years, I believe we have secularized faster than any nation in human history (although our Irish cousins are doing what they can to beat us in the race to the bottom!). And that has not been a change for the better.

Of course not everyone sees it that way. They believe that we are moving out of the Christian dark ages into a progressive, secular Nirvana. Tom Nairn over 50 years ago summed up the aim clearly: “Scotland will only be reborn when the last minister is strangled with the last copy of the Sunday Post.”

His wish has come true. Scotland’s clergy have been effectively neutered – the Established Church has now become little more than the spiritual wing of the secular thought police. Christianity is barred in all but name from much of public life – and the thought police want to ensure that it is limited in terms of private life as well.

Signs of the Times

This past week has seen two incidents that show just how far things have gone. Franklin Graham was banned from the SEC in Glasgow – at the request of Glasgow City Council (and a Church of Scotland minister) – on the grounds that his expressed views on homosexuality and Islam could mean that the meeting was illegal.

Then this week the Scottish government’s Finance Secretary, Derek Mackay, was compelled to resign from his post and suspended from the SNP over accusations that he was grooming a 16-year-old boy by sending hundreds of unsolicited messages. This has shaken the Scottish political establishment. They fear that worse is yet to come with the trial in March on charges of serious sex abuse (including attempted rape) of the former First Minister, Alex Salmond. I have written more substantially about this here.

This is not just a case of sex scandals from outliers – there have been too many of these. They are indicative of a wider, more systemic problem. We are reaping what we have sown. The trouble is, that having decided to jettison Scotland’s Christian values, no one seems quite sure what to replace them with, other than whatever happens to be the ‘woke’ cause of the moment.

There is a distortion of priorities. In education, millions are spent on social engineering – not least in promoting the latest Queer Theory philosophies – whilst thousands of pupils are unable to read or write. I visited one classroom for 7- to 8- year-olds where the posters on the wall urged pupils to ‘respect others’ pronouns’. I would have been impressed if the children could have told me what a pronoun was!

The Scottish government having removed God, Christianity and the Bible from the curriculum are struggling to replace Him with themselves. They seek to control all kinds of private and individual appetites. They regulate eating, drinking, smoking and driving. The only drive they do not want to regulate is sex, which is seen as an appetite to be indulged.

It is beyond ironic that video material which is used by Scottish schools when posted on YouTube comes with an age warning! When schools are teaching children about sexual positions as documented by this parent, then you know that something is deeply rotten in the system.

Meanwhile the poor suffer as the bourgeois values of the elites are imposed upon all. Schools are under resourced, teachers are demoralized and the devastating effect of family background is seen at its worst in the poorest housing estates. It is beyond irony that having sidelined Christianity (and now actively discriminating against it) we have moved to a situation where the once most literate country in the world, the land of ‘the people of The Book’, now has one in five of its population functionally illiterate. In the name of science we have removed Christianity and as a result fewer people are studying science than ever before!

Depressed and Dumbed Down

Scotland, rather than being a progressive Nirvana, is becoming a deeply confused, depressed and dumbed down society – one in which we are no longer truly shocked when the latest sexual or corruption scandal is unveiled. We are a warning to the rest of the Western world of what happens when you jettison your Christian foundations and have nothing tried and tested to replace them with, except the woke theories from academics in Harvard, Edinburgh and Oxford.

Hope – A Straw in the Wind!

It’s not all doom and gloom. Sometimes the darkness causes the light to shine all the more brightly. When the Finance Secretary resigned it was the day he was supposed to introduce the new Scottish budget. His deputy, Kate Forbes, stepped into the breach and did a remarkable job – acknowledged as such by even her opponents. In fact, she did so well that the latest odds have her as the favourite to replace Nicola Sturgeon when, as many expect, Sturgeon leaves sooner rather than later.

As the journalist Stephen Daisley commented,

“India-raised, Cambridge-educated, Gaelic-speaking, pro-life, Bible-believing Christian. Kate Forbes is not your ordinary Scottish nationalist but, when placed in an extraordinary situation, she showed what she’s made of.”

Who knows but that may be a straw in the wind of something better to come for my beloved and beleaguered country. We can only pray so. O flower of Scotland…when will we see your like again?!