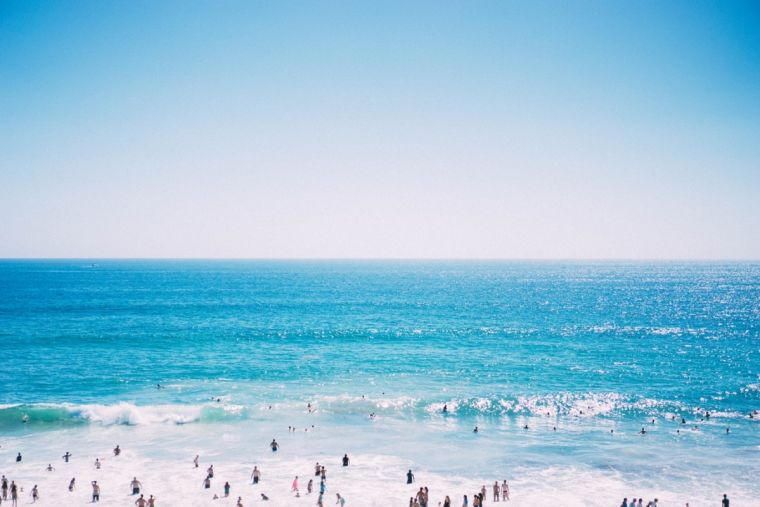 Of all the articles I have written for Christian Today – this is the one that I am most concerned about – not just because of the inevitable reaction (which I do not seek) but because I hope, more than in any other article, that in this one I am wrong.  I see something happening which is profoundly disturbing.  It would be good if my sight was wrong.  Feel free to let me know what you think…

It seems strange that even in Christian circles there are those who consider it almost blasphemous to make this last point. Just as strange as those who think that looking after the planet is somehow anti-Christian!

The BBC and St David

I suspect that in 2020 we are going to be hearing even more about climate change than we heard about transgender issues in 2019. The BBC have announced that 2020 is going to be their year of climate change and to kick us off they started with their former director, Sir David Attenborough, headlining the news with his apocalyptic warnings that the end is nigh.

For all the heresy hunters out there I am not a ‘denier’, but I hope I am allowed to question St David. His statements at time are treated as Holy writ, even though he is not a climate scientist. His statement about Australia was for example simplistic and inaccurate. The current bushfires we are experiencing are made worse by climate change but they have not been caused solely by it. The major reason is the Indian Ocean Diploe, which may or may not have been affected by man made climate change.

Mind you, he did point out the elephant in the room – China. If Australia could miraculously become carbon neutral tomorrow, in worldwide terms China would make up for that in less than three months with it’s new coal power plants and continued industrial development.

I suspect that what we will NOT get from the BBC in 2020 is a year of balanced reporting on the climate and the different views that people hold. If you question the current climate change doctrine you will be labeled a heretic and banned. Welcome to Climate Pravda.

I am using the religious language deliberately because one of the things that greatly bothers me is the way that this whole debate has been moved away from science into the realms of philosophical and even religious belief. The extremist approach taken ironically means that the ‘cry wolf’ approach could easily result in the wolf being let in the door. We’ve been here before. I’ve lived long enough to remember that we were going to run out of food in 1975; in the 1980s, we were promised the next ice age; in the 1990s, we were told that many nations would be under water by 2010; and who can forget Al Gore solemnly telling us that the Arctic would be ice-free by 2013?!

But this current climate scare is much more serious – not just because I suspect that this time there is more truth to it – but also because of the reaction, which in some quarters has become hysterical to cultish proportions. In fact, I am seriously beginning to fear that a significant number of humans (especially our young) are in danger of being sucked into what could be described as the climate change cult.

How do Cults Work?

Religious cults tend to attract the young, well-educated middle class. I’ve yet to meet a working-class Moonie! The cults use a process of indoctrination (which they, of course, call education) and coercive persuasion to reform our thinking and practice. What the education system in the West is turning into (and what the BBC is promising) is exactly this process, where no alternatives are allowed.

And children are useful frontline troops for those who seek influence and power. How can you criticize an earnest teenage autistic Swedish girl without appearing to be nasty? From the Queen to the Pope, everyone feels obliged to praise ‘the courageous, inspirational’ young people. But there is enormous danger in using children to do adults’ work. The little Green Brigades, led and fed by their teachers and the media, could end up being as harmful as Mao’s little Red Brigades.

Cults tend to be apocalyptic. They instil fear, what Jonathan Haidt calls ‘catastrophising’. The media love stories about Australia burning, koalas dying and tennis stars being choked by smoke. But today in NSW we had significant rain – I doubt that that will make the headlines unless it results in floods. All of this suits those who are bearing their 21st century equivalent of the old street doomsday preacher’s placard, ‘the end is nigh’!

If the belief on which you base your life is that the end is nigh, then when evidence suggests that might not be the case, it’s in your self-interest to ignore or dismiss that evidence. There was a small but interesting example of this kind of thinking in an article this week in the Sydney Morning Herald. Instead of rejoicing in the fact that much needed rain had arrived, the article lamented that this would lead to an increase in greenhouse gas emissions. Why? Because the grass would grow, cattle would get fed instead of being killed, and therefore there would be more greenhouse gas! To the catastrophists – we are doomed if we don’t get rain, we are doomed if we do. The only thing that can save us from doom is when we buy into their ideology and of course buy their products. There’s money in ideology.

Cults have an unshakeable faith in their own doctrines and never allow them to be questioned. Those who dare to so will soon find themselves disfellowshiped and ostracized from public society. I know that even in writing this article I will be subject to a storm of abuse and threats. Cults of course can be based on truth but they turn complex issues into simplistic memes, laced with fundamentalist certainty.

Because of this apocalyptic certainty, cults often justify and encourage extreme action. With the climate cult there is the danger that this will go mainstream. I’ve just finished watching the Netflix series, ‘Occupied’, which has as its disappointing ending (spoiler alert) the former Norwegian Prime minister urging people to, for the sake of the planet, “attack the energy companies, forget democracy, do what you have to”.

Eco terrorism will become a thing in the next few years. The New Zealand Mosque shooter, as well as being anti-Islam, also had some ‘Green’ motivations. Describing himself as an ‘eco-fascist’, he wrote in his manifesto; “Kill the invaders, kill the overpopulation, save the environment”, “the natural environment is [currently] industrialized, pulverized and commoditized”, “green nationalism is the only true nationalism”.

If you think this is a joke, consider this message posted today:

” I honestly and truly believe that if all humans were removed from the planet it would look after its self very well thank you. Let Mother Nature do her thing.” It’s not a large leap to go from ‘human beings are the problem’ to ‘let’s get rid of “excess” human beings’!

Cults are, of course, anti-democratic and anti–freedom. A letter in the Sydney Morning Herald this week, headlined ‘The Revolution Begins Here’, argued that now was the time for a benevolent dictatorship in order to deal with climate change. In the years to come, I suspect democracy will be disabled and authoritarianism enabled in the name of ‘saving the planet’.

Cults tend to benefit the rich and powerful – those who do the controlling, rather than the controlled. Rebecca Long- Bailey in her message seeking support for her bid to become leader of the Labour party stated that she wanted to take power from the rich and powerful. One of my greatest fears is that the climate change debate will result in precisely the opposite. It is the poor who will bear the brunt of carbon taxes and lost jobs the most – not the rich. It is the corporations who will make themselves richer and more powerful. As with all cults, follow the money and you will get to the heart of the matter.

A little truth is a dangerous thing. We need the truth, the whole truth and nothing but the truth. Which is why I look to the One who is The Truth – and not to any current zeitgeist ideology. Sometimes those who say they trust in God are mocked. The mockers think that such faith leads to inaction and fatalism. It is precisely the opposite. It is because we trust in God and believe his promises that we do what we can to look after His creation. That’s why Christians of all people should take climate change, with all its complexities, seriously. Far better the life of faith and hope, than the life of fear, misery and anger that the catastrophists seek to impose upon us.

PS. The catastrophists and cultists who delight in disaster are themselves causing harm.  Today we learned that because of the continual negative publicity the tourist industry on which many of the affected communities is being badly hit.  Australia is NOT burning.  It is safe to come here – and the whole place is still open for business and as beautiful as ever.   But that does not suit the ‘our planet is burning’ narrative….and so the ordinary people suffer…

As the bushfires continue to rage, what might God be saying?