This is my second article for Eternity magazine – you can read the original here.  Regular readers of this blog will recognise some of this material – and will know my own political stance – but I tried to write this without showing my own views…you can judge for yourself whether I have succeeded or not!

In the middle of a bitter fight, we need to shed light 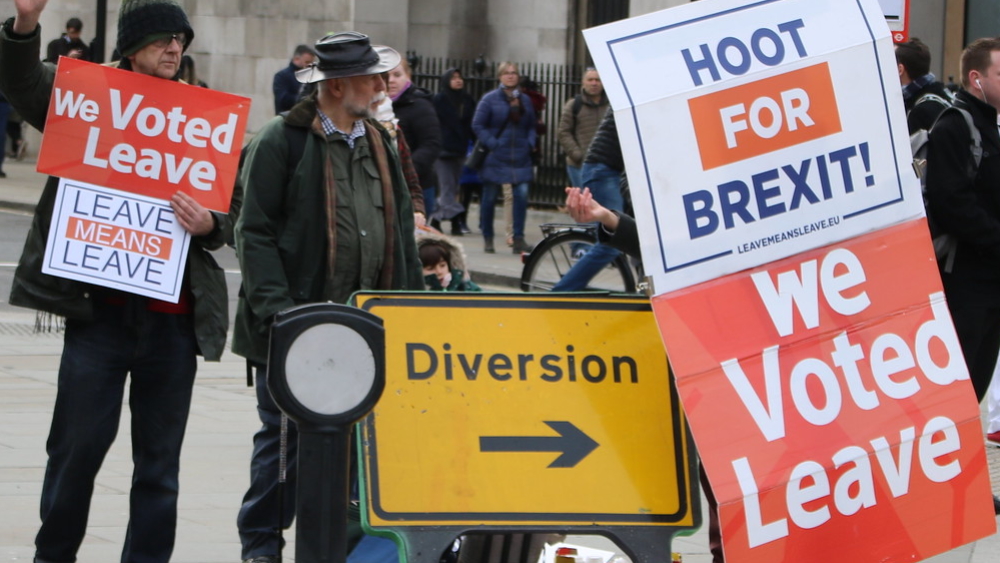 In case you forgot where Brexit began, the British electorate shocked the political classes in the 2016 EU referendum by voting 52 per cent to 48 per cent to leave the European Union. The referendum was granted by the then Prime Minister, David Cameron, who thought it would help him deal with the United Kingdom Independence Party.

All the options are still on the table …

Over three years later, despite numerous promises, the UK has still not left the EU. There seems to be both a collective paralysis and hysteria gripping much of the UK.

In fact, what has become known as Brexit Derangement Syndrome is spreading like a virus – especially through the political classes.

To witness the hatred, lies, abuse, confusion, propaganda and the dumbed down panic is a profoundly depressing experience.

The basic situation is that we have an impasse between a parliament which, largely, does not support leaving the EU. As a result, it is struggling to implement the decision the electorate made to leave. Confusion and division continues between the parties.

In the latest episode of the seemingly neverending Brexit soap opera, Boris Johnson, the new Tory Prime Minister, managed to do what most people thought was impossible – he renegotiated a new deal with the EU, which would allow the UK to leave on the deadline date of 31st October. But, in doing so, he managed to upset people on both sides. As a result, the British Parliament is paralysed and the EU have been asked to grant a further extension, but there is no guarantee that they will do so.

All the options are still on the table – leaving with no deal, leaving with Johnson’s new deal, a general election followed by a second referendum, or even the revocation of Article 50 and the UK just staying.

When it comes to responding to such a confusing situation, the vast majority of ordinary people just seem fed up with it all.

So, can the Christian Church shed any light on Brexit? With Christians professing to have good news to share, no matter what is going on in the world, can followers of Jesus help the UK community to deal with Brexit?

Light can break into the Brexit darkness, though

It is not the role of the Church to take sides on political issues. Individual Christians can, and will. But it is imperative for the Church as an organisation to stay out of party politics.

Some more ‘conservative’ (in a religious sense) Christians believe that they have received ‘prophetic’ words, indicating that the Lord is a Brexiteer. Others are more subtle. They weaponise both the Bible and prayer for their own political views.

It has been sad to see Christians on both sides do this.

Light can break into the Brexit darkness, though, if we apply three biblical principles (not only in this situation, but in other divisive areas):

We are to pray for kings and those in authority – that we may live peaceable and Godly lives (see 1 Timothy 2:2). We don’t weaponise prayer and only pray for those on our side and against those who disagree with us. We pray for all political leaders. This is a radical teaching. It means that a Christian anti-royalist will pray for the Queen, a Brexiteer will pray for EU President Jean Claude Juncker and a ‘Remainer’ will pray for Boris Johnson. We don’t pray for our will to be done – but God’s. And we don’t tell the Lord what his will should be!

The fractious and divisive nature of politics and civil life should remind us that this is a broken world full of broken and sinful people. We can’t save ourselves. We can’t save other people. We can’t save the planet. But we can point to the one who can and will. King Solomon knew that his greatest need was to get wisdom from God to govern his great nation. Much of our current troubles lie in the fact that most of our political classes have rejected the wisdom of Christ and, having lost the root, they cannot expect the fruit.

Practice what we preach

We need to moderate our language – there are far too many harsh, bitter and hateful words coming from many of us Christians. It is not helpful. We also need to moderate our expectations. We are not to ‘trust in princes’! The EU is not going to bring peace on earth and goodwill towards all men. Leaving the EU is not going to usher in the Kingdom of God and result in peace and prosperity for the nation. Things are a mess – and that is what we should expect them to be. Once the Bible’s teaching about the fundamental depravity of humanity is confirmed in our own eyes, we can do nothing but fall on our knees and cry for the Lord to have mercy.

It is the same prayer that is needed in Australia and, indeed, throughout the world.

Political leaders in the West used to be prepared to call for a day of ‘prayer and humiliation’ in times of crisis. Now it seems that the leaders of the UK having forgotten prayer, are giving us the humiliation.

Perhaps our Australian brothers and sisters can remember to pray for the UK?

It is the same prayer that is needed in Australia and, indeed, throughout the world. It is the prayer Paul taught the Church to pray: “I urge, then, first of all, that petitions, prayers, intercession and thanksgiving be made for all people – for kings and all those in authority, that we may live peaceful and quiet lives in all godliness and holiness.” (1 Timothy 2:1-2)