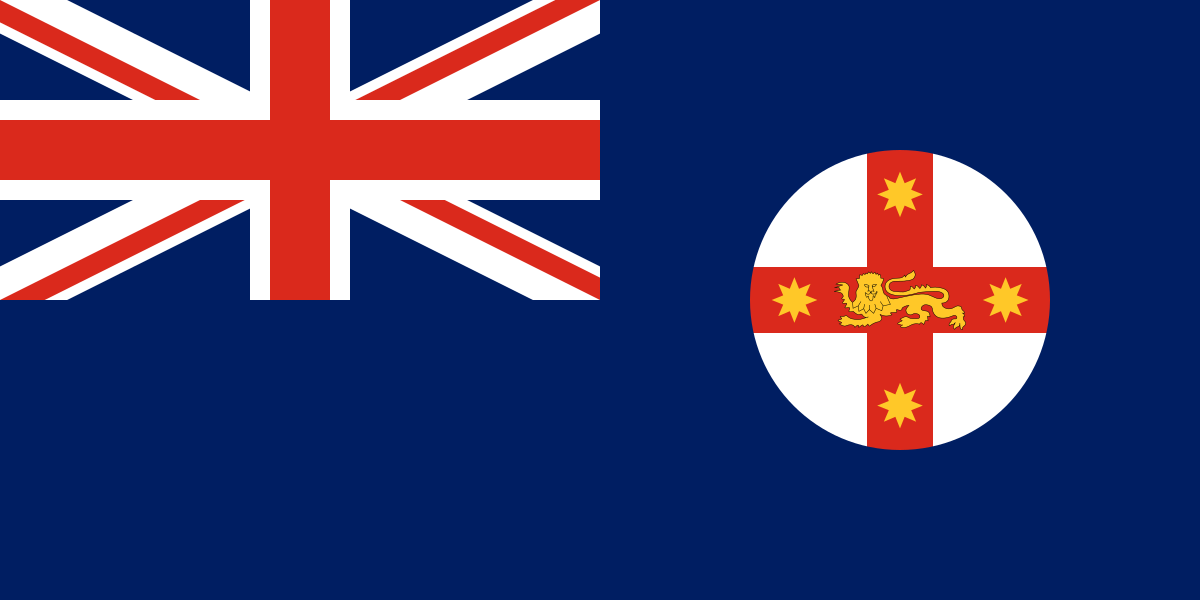 They had held out for a while. But the march of Regress is seemingly unstoppable in the Western World. All Australian States had decriminalized and ‘liberalised’ abortion, except for New South Wales. The Sydney Morning Herald was ashamed, and used the fact that NSW was different, to demand uniformity. (Have you ever noticed how those who shout the most about diversity are the least keen to practice it when it comes to their ideology?). So as I write the NSW parliament is in the process of passing a hastily scrambled together law (supported by the Greens, Labour and tacitly, the Liberals).

This new law, despite the protestations of the SMH, effectively allows abortion on demand up to birth – as the Anglican Archbishop of Sydney, Glenn Davies, pointed out. I am not going to rehearse all the well worn arguments about abortion – except to say that it is astonishing how most of the media here, like most of the media in the UK, refuse to engage with the substantive debate – instead preferring to resort to emotive clichés about ‘it’s a woman’s body’ – willfully blinding themselves to the inconvenient truth that there are two other bodies involved.     Mark Powell a friend who is a minister in the Presbyterian Church some time ago wrote an article in the Australian version of The Spectator which sums it up well. https://www.spectator.com.au/2018/03/ten-non-religious-reasons-against-abortion/

What I am interested in, in this article, is what the reaction of the churches tells us about the state of the Church in this area of the world.   It can be divided up into the Good, the Bad and the Confused Silenct.

The two major established churches have largely been exemplary in their approach – playing a prophetic and challenging role as they stand up for the weakest in our society. The Anglican Archbishop, Glenn Davies, and the Roman Catholic Archbishop, Anthony Fisher, have both led their flocks by example.   Well done – good and faithful servants! Also in the Anglican Church, my own pastor, Simon Manchester, has had two excellent letters in the SMH. Others in the Presbyterian, Baptist, Independent and Charismatic churches have also made their voices heard – both in intercession to the Lord, and pleading with the politicians. But not all are faithful.

The headline on the Sun Herald front page said it all: “Churches Split Over Abortion Reforms”. For once the headline was a fair reflection of the story underneath. The paper reports that the Head of the Uniting Church in NSW, Simon Hansford stated, “Whilst the sacredness of life must be respected, Christians are called to respond to life with compassion and generosity. The Uniting Church is disturbed that recent comments could imply that women make the decision to have an abortion without proper consideration….. There are a range of well informed spiritual, medical and emotional support services available to women and it is offensive to imply that these decisions are made lightly to without access to suitable consultation”.

Those who are faithful Christians and congregations within the Uniting Church, and who recognize Jesus Christ as the real Head of the Church, must be in despair. Their official spokesperson is speaking out in favour of killing the child within the womb.   Pitting ‘the sacredness of life’ against ‘responding to life with compassion and generosity’ is as illogical as it is disingenuous.   Surely it is compassionate and generous to save life – rather than take it?

But there is another way where churches can respond in a bad way – by having the right doctrine but the wrong practice. When a church officially says it is against abortion but refuses to help the single mum who is struggling to bring up her child, that is the worst kind of hypocrisy.   I remember being greatly impressed with some anti-abortion groups in Jackson, Mississippi. My impression from the media was that they would be a bunch of gun-toting, placard-waving extremists. The reality was that they put in hours of hard work, not just to protest against abortion, but to offer alternatives and care and support to those who were so desperate they were considering abortion – and they also offered post-abortion counselling. Real Christianity is proclaimed through word and deed – not just through political engagement.

Sadly there are Christians who hold to the Biblical teaching in theory, but struggle with how they articulate it in public. Some are more pietistic and prefer to nod along sagely as they observe the world going to Hell in a handcart, whilst just getting on with their (often worldly) lives.   Some churches are concerned about making what can be perceived as political announcements and the opposition that can come when you dare to question the progressive zeitgeist. Others just simply don’t want to be associated with what is seen as an ultra-right/conservative agenda.   In theory they agree that abortion is wrong – in practice, they don’t like some of the other people who argue that.   And to be frank there is an indifference caused by the tyranny of the immediate and the mentality of the maintenance mode. We are more concerned about the ‘seen’ church décor than we are about the unseen unborn.

I was intrigued by this fascinating article in Eternity magazine from Mike Paget, the senior minister at St Barnabas Broadway in Sydney, a large and influential evangelical Anglican church.   https://www.eternitynews.com.au/opinion/yes-theres-abortion-in-your-church/

It has done what all good controversial articles do – stirred up criticism from all sides and more importantly caused us to think. I have had to re-read several times as I try to avoid the knee jerk response and understand what is being said.   Mike is surely correct in his main premise in the article – which is that there are, and will be those in our churches who have had abortions, or will seek them; and that we need to support and help women who find themselves in that position.

His argument is much more nuanced than a quote taken out of context can make it seem. So, for example, we need to grasp what he is saying when he writes: “I think – I fear – it means that there is something in our church culture that actually increases the number of women seeking abortions.”   He means that sometimes there are women in our churches who need help, support and encouragement but are reluctant to seek it, because they fear they will be condemned – so the ‘easier’ thing is to have an abortion ‘in secret’.   I agree with this. I recall one young girl who was going to have an abortion until her boyfriend told myself and her minister. We went to have a discussion with her and she told us that the only reason for having the abortion was because the social worker had encouraged her to have one (it would be ‘quick and easy’) and she was scared of telling her ‘religious’ parents that she was pregnant. It turns out that her fears were unfounded and her parents, whilst not jumping for joy, were supportive and helpful – as were the local church. Years later walking down the street I saw the young man who was her son, and shuddered at the thought of what might have been – all because of fear, shame and guilt.

Whilst I agree with the major premise of the article, I don’t agree with the minor – expressed by Mike in this way: “If you gave me the keys to parliament and the power to pass just one piece of legislation – to recriminalise abortion – I’m not sure I could do it.” This has given the impression to some that Mike is ‘soft’ on abortion and has been far too influenced by the current progressive zeitgeist. To be honest, at first that is what I thought. And then I read it a bit more carefully and I realised that his point is that just recriminalising abortion is not enough.   We also need to ensure that there is adequate support in place for those who struggle with bringing up children. To the degree that there are wider issues involved he is surely correct.

However, I find it difficult to think of anything that is more important than protecting the most vulnerable and weakest in society. The NSW parliament is about to pass a law that in effect says that it is not criminal to take human life. Or to be more exact – to take human life in the womb.   Of course, there may be exceptional circumstances (self-defence in war for example) where taking human life is the lesser of two evils – but to pronounce that any baby can be killed in the womb, for any reason, is an atrocious evil.   We should not allow our sympathy for the woman who may be desperate enough to have an abortion, to detract from the fact that abortion is murder, any more than we should allow our sympathy for the drug addict who, desperate for cash, breaks into a home, to legalise burglary!

For the Sydney Morning Herald and many of the politicians who are voting on this issue – abortion is a black and white issue. It’s simple.   Women should be able to have an abortion when they want because it is their body.   For many on the other side abortion is also a black and white issue. There are three bodies involved and one does not have the right to kill the other.   For scientific, humane and theological reasons I think the latter position is irrefutable and I believe that we will reap a great judgement if we support the former. But I also agree with those like Mike Paget who see a more complex and nuanced picture which requires a deeper, well thought out, holistic and compassionate response.

A Day of Mourning

Today should be a day of mourning and repentance for the church in NSW. That must lead to a renewed desire and effort to proclaim the Good News of Eternal Life; to call the nation and people to repentance and forgiveness; and to spend ourselves on behalf of the poor. This from Isaiah 58: 6-12 is a guide to our meditation and prayers.

“Is not this the kind of fasting I have chosen:

to loose the chains of injustice

and untie the cords of the yoke,

to set the oppressed free

and break every yoke?

and to provide the poor wanderer with shelter—

when you see the naked, to clothe them,

and not to turn away from your own flesh and blood?

and your healing will quickly appear;

then your righteousness will go before you,

and the glory of the LORD will be your rear guard.

you will cry for help, and he will say: Here am I.

“If you do away with the yoke of oppression,

with the pointing finger and malicious talk,

and satisfy the needs of the oppressed,

then your light will rise in the darkness,

he will satisfy your needs in a sun-scorched land

and will strengthen your frame.

and will raise up the age-old foundations;

you will be called Repairer of Broken Walls,

Restorer of Streets with Dwellings.

Fearfully and Wonderfully Made