This weeks article in Christian Today – you can read the original here.  This is an incredibly important subject.  My deep thanks go to Dr Calum Miller who has done all the leg work on this. 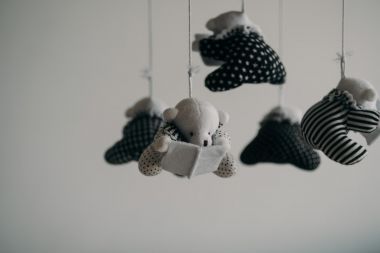 What are you going to write about this week?’ ‘Maternal mortality from induced abortion in Malawi.’ ‘That doesn’t exactly sound uplifting, riveting or even that important.’ And yet it is something that is of deep significance and important to all of us who care about the healthcare of women and children.

The trouble with the abortion debate is that sometimes people argue from emotion, cliché and limited experience. When so many of us get our information from memes and soundbites, it’s good to actually have someone go and do some peer reviewed quality research which gives us the information and facts, rather than the myths.

There is one myth in particular which is used by many who are pro-abortion – and even accepted by some Christians – and that is the danger posed by back street abortions. The argument is that banning abortion doesn’t prevent abortions. All it does is drive women to have backstreet abortions which then results in large numbers of women being killed. Therefore, because legalising abortion significantly reduces unsafe abortions, without increasing the number of abortions, it makes sense and is more compassionate to have legal abortion. In the words of wannabe President Hillary Clinton, “abortions should be legal, safe and rare.”

This argument is so accepted and so common that it seems the only argument against it is to say that two wrongs don’t make a right – and to point out that since abortion is the killing of a child, we should not be legalising that anyway. But I would suggest that it is much better for us to point out that the whole premise of these arguments is based upon misinformation.

That is why I am thankful for Dr Calum Miller, from the University of Oxford, who has done us a great service in publishing his paper, “Maternal Mortality from Induced Abortion in Malawi”, in the International Journal of Environmental Research and Public Health.

In it, he argues convincingly against the oft-made claim that thousands of women die from unsafe abortions each year in Malawi – a country that does not have legal abortion. He demonstrates that the latest evidence (itself somewhat outdated) shows that there are between 70 and 150 maternal deaths each year due to abortion – and that the majority of these are due to spontaneous not induced abortions.

As well as the more technical paper, Dr Miller has helpfully provided a blog in the Journal of Medical Ethics, which explains his paper in layman’s terms.

I would suggest that you read them both for yourself because when I did so, I was astonished to discover that so much of what we are told is just nonsense. But here are a few things which stand out for me:

The Health Experts who Deceive for the Sake of their Ideology

The International Federation of Gynaecology and Obstetrics claimed recently that unsafe abortions accounted for 13% of global maternal mortalities. They miscite the WHO report which actually put the figure as ranging from 4.7% to 13%. However, the study on which this is based includes ectopic pregnancies, miscarriage and other conditions.

Dr Miller calls this a “misrepresentation of the facts”. He is being kind. It is a straight-out deceitful lie – propagated by a professional body.

Likewise the Royal College of Obstetricians and Gynaecologists tweeted a report from The Telegraph which stated that 12,000 women in Malawi die from unsafe abortion every year. Yet the total number of maternal deaths in the country is 1,150 and as Dr Miller’s paper proves, only 6-7% of those are due to miscarriage and induced abortion combined.

The figures in The Telegraph have overestimated by a multiple of 100 the number of maternal deaths caused by abortion. And yet, that is the figure that will be mentioned by politicians, journalists and others endlessly on social media. Note that this is not just the case for Malawi. Most figures which are presented as maternal deaths because of abortion are distorted many times by including spontaneous abortions, ectopic pregnancies etc. They are also very dated – from the 1990s.

Another incredible fact for me is that Dr Miller shows that legalising abortion increases not only legal abortions but, in many countries, illegal ones. He argues that the greatest factor for maternal deaths after abortion is the quality of healthcare in the country where the person lives. In other words, those in poorer countries are far more likely to die. What is just as astonishing is that legalising abortion makes very little or no difference to maternal deaths because of abortion.

Something I had not thought of but which makes a great deal of sense is the argument from Dr Miller that legalising abortion increases mortality from unwanted pregnancies, and increased risk of suicide. He also argues that it may increase mortality because of increased STDs due to behavioural changes, family breakdown and resultant mental harm and poverty.

Self-Abortion now a Right, not a Danger

We also need to notice how the narrative is changing. Those who argued most passionately for abortion used the ‘coat hanger’ argument claiming that self-induced abortion was so dangerous. But now the Women’s March is telling people not to use that because being against self-managed abortion is now a ‘right wing’ argument! Sometimes it’s hard to keep up with the cultural changes!

And that’s why we should be so thankful for people like Calum Miller, who devote their lives to research and finding evidence. We should get the truth, the whole truth and nothing but the truth. I cannot help but contrast this with the lies that are being spread – even from ‘experts’. We know that the ultimate source of the former is the father of lies – and the ultimate source of the truth that heals is the One who is The Truth.

The Green Captivity of the Church – AP