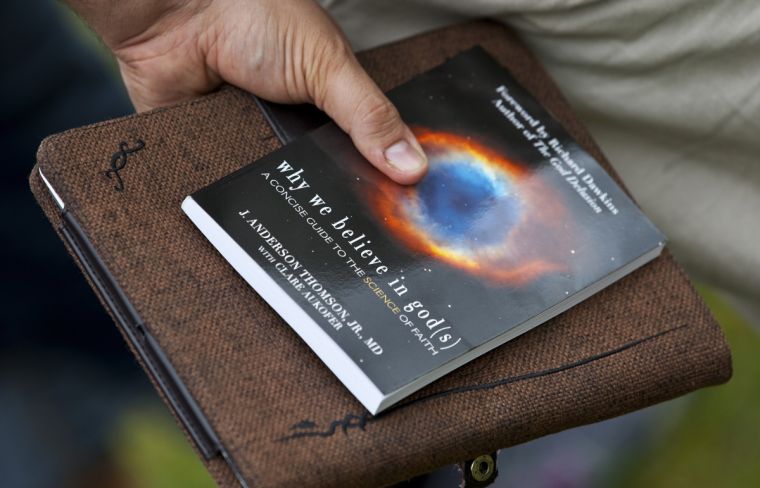 It all depends on what we mean by secular. If it means that society should not be governed by the Church then even most Christians would say ‘amen’. The thought of the local elders/church board/bishops’ council running the city or country is quite scary! But if secular means ‘without God’, that is where we part company. For Christians (and Muslims and others) it is impossible to do anything without God, therefore the attempt to exclude God from the public square is a self-defeating project.

However for many of the more militant atheist secularists, the term carries a whole lot more meaning. They see religion in general, and Christianity in particular, as an evil virus that needs to be expunged from society. We are ‘free’ to be religious – as long as that never intrudes into the public square. They are happy for us to exist as the equivalent of a knitting club or a Trekkie society, but Dawkins forbid that we should ever let our faith intrude into public life.

They want us out of education, healthcare, politics and ‘secular’ media. It’s why the humanists are currently campaigning to stop Christian worship in schools. They are the mirror atheist version of the unfair definition of Puritans as people who are supposedly miserable at the thought of someone, somewhere enjoying themselves. Despite the fact that their children don’t have to attend, they can’t bear the thought that any child anywhere would worship. Their version of secularism is that only their version of life is to be permitted.

It is SO right that anyone who disagrees with it is either an idiot or evil. They are the ‘Progressives’. Everyone else is regressive. This secular humanism is a faith – one that is based upon the unscientific notion that humans are basically good and that the only thing holding us back from a secular Nirvana is religion. It is a deep and profound faith, founded upon their experiences and emotions. Their motto is ‘ there is no God, and I hate him’.

For a while I was involved with the Scottish Secular Society, which now has a breakaway known as Secular Scotland….although maybe it was the other way around? One can never tell which version of the Judean Peoples Front we are dealing with! It was a revealing and sad experience. The hatred and bitterness was at times hard to take. Someone in the group once stated: “Personally, as a secularist, I hate religion and feel I have every right to, despite attempts by the Scottish government to sneak a blasphemy law round the back door by making it an offence this year to hate religion.” Just to make it clear that this was personal, he later stated concerning yours truly, “I hate organised religion, but boy, I sure do hate you more!”

To be fair over the years some of those involved in that kind of vitriol have privately approached me and apologized. However this week a former vice-chair of the SSS wrote in public about some of his former colleagues.

“This may be hard to believe for most, atheists bug the xxxx out of me nowadays,” he said.

“They’re as much subscribed to their own prejudices as the religious people they loathe. It’s taken me a while to get to this ….but my God, they’re sometimes more insufferable than the religious people I know. They’re stuck on political dogma and are blinded by self-righteous virtue.

“As someone who once led the charge it’s now a paradigm moment for me to watch them eat themselves from the inside out.

“Secularism is a myth, nothing more than a band of aggrieved, resentful and bitter identity groups who simply use secularism to further personal grudges against anyone who challenges the secular orthodoxy.

“It was never like this and I truly feel for those who I once stood shoulder to shoulder with, but even they refuse to acknowledge that the lens is distorted.

“Good luck, like any ‘in group’ if you fail to admonish the more extreme and radical elements then you fail, it’s why I simply can no longer put my name next to you.”

The former Vice-Chair may not have seen the Light, but at least he is aware of the darkness. And his experience is not the only one. Whilst some Christians fret that we are living in an increasingly hostile secular society, some secularists are worried that we are moving into a post-secular society. The great concern is that the ‘religion/philosophy’ that will replace secular humanism, will not be as benign and tolerant as Christianity. Perhaps a renewal of Christian secularism, or Christian humanism, is what is required?

David Robertson is Director of Third Space at the City Bible Forum in Sydney, Australia.  He blogs at The Wee Flea

Churches – Where is Your Athens?

“I Hate Organised Religion, But Boy, I sure do Hate you More”! – Farewell to the Scottish Secular Society