In 1636 Samuel Rutherford was sent into ‘exile’ in Aberdeen from his congregation in Anworth in the Scottish Borders for a couple of years.   Although he was banned from 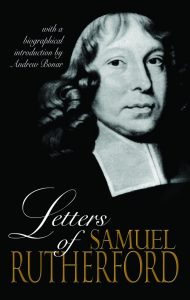 preaching he kept in touch with the people back ‘home’ through a series of letters. These beautiful and pastoral letters are now considered spiritual classics – ‘When we are dead and gone let the world know that Spurgeon held Rutherford’s Letters to be the nearest thing to inspiration which can be found in all the writings of mere men.’– Spurgeon. ‘Surprising though it may seem in a world of large books, of all those owned by our family this may be the one we have most often lent or quoted to friends.’ Sinclair Ferguson.  Sell whatever you have in order to purchase, keep, read and treasure Rutherford!

I thought of them as I begin writing home. I hasten to point out that I am not comparing myself to Rutherford, the laces of whose shoes I am not worthy to tie! Nor am I trying to imitate his letters, or pretend that any writing of my own comes anywhere near. Apart from anything else Rutherford’s letters were personal. I do write personal letters to individuals but they are personal – not for general view.   But there are so many people from Scotland and elsewhere who have been kindly asking about us and how we have settled down in Australia, that I thought I would write an occasional ‘letter from exile’ to keep you informed and to encourage prayer.   I also find that keeping a journal and writing reflectively is good for the soul!   So here goes.

Some of you have been writing and asking how we are getting on. In a world that is constantly moving on at a hectic pace, it is easy just to be caught up in the moment and forget those who are not in your immediate view. Moving to the other side of the world, even with the advantage of modern communications, it is all too easy to be so busy setting up a new home, getting involved in a new work, that the place and people you come from are easily forgotten. But for me this is impossible.   Each day I pray for my native land, my family and my church family.

One does not serve in a church for 27 years and just walk away. The six months before we left was the longest and most painful goodbye I have ever been involved in. We are grateful for the ties that bind….and for the love that causes pain. Like Paul to the Philippians we can say “I thank my God every time I remember you. In all my prayers for all of you, I always pray with joy because of your partnership in the gospel from the first day until now, being confident of this, that he who began a good work in you will carry it on to completion until the day of Christ Jesus” (Philippians 1:3-4)

What do you miss?

There are many things we miss about Scotland. I would be lying if I said that I do not often feel pangs of homesickness.   Someone asked – ‘what do you miss the most’? Family, friends and church are the obvious answers. But I also miss the scenery, the cycle routes

round Dundee, the Tay, the road to Portmahomack, the glories of Edinburgh.   I’m missing my books – some of which are gone forever, some are in their own exile in Easter Ross, and some at this moment are at sea in a container ship en route to Sydney – anticipated arrival mid-September (they include my copy of Rutherford’s letters!). I miss preaching. I have not preached on a Sunday for eight weeks and it is a sore miss.

However this is not to say that we are sitting in Sydney as though in some kind of gilded cage, pining for the lochs of Scotland. The Lord has brought us here and we can testify that the lines have fallen for us in pleasant places (Psalm 16:6). Sydney is a stunning city. Every day I travel across the Sydney bridge and overlook the opera house and the beautiful harbour and am thankful. I have yet to tire of that view. 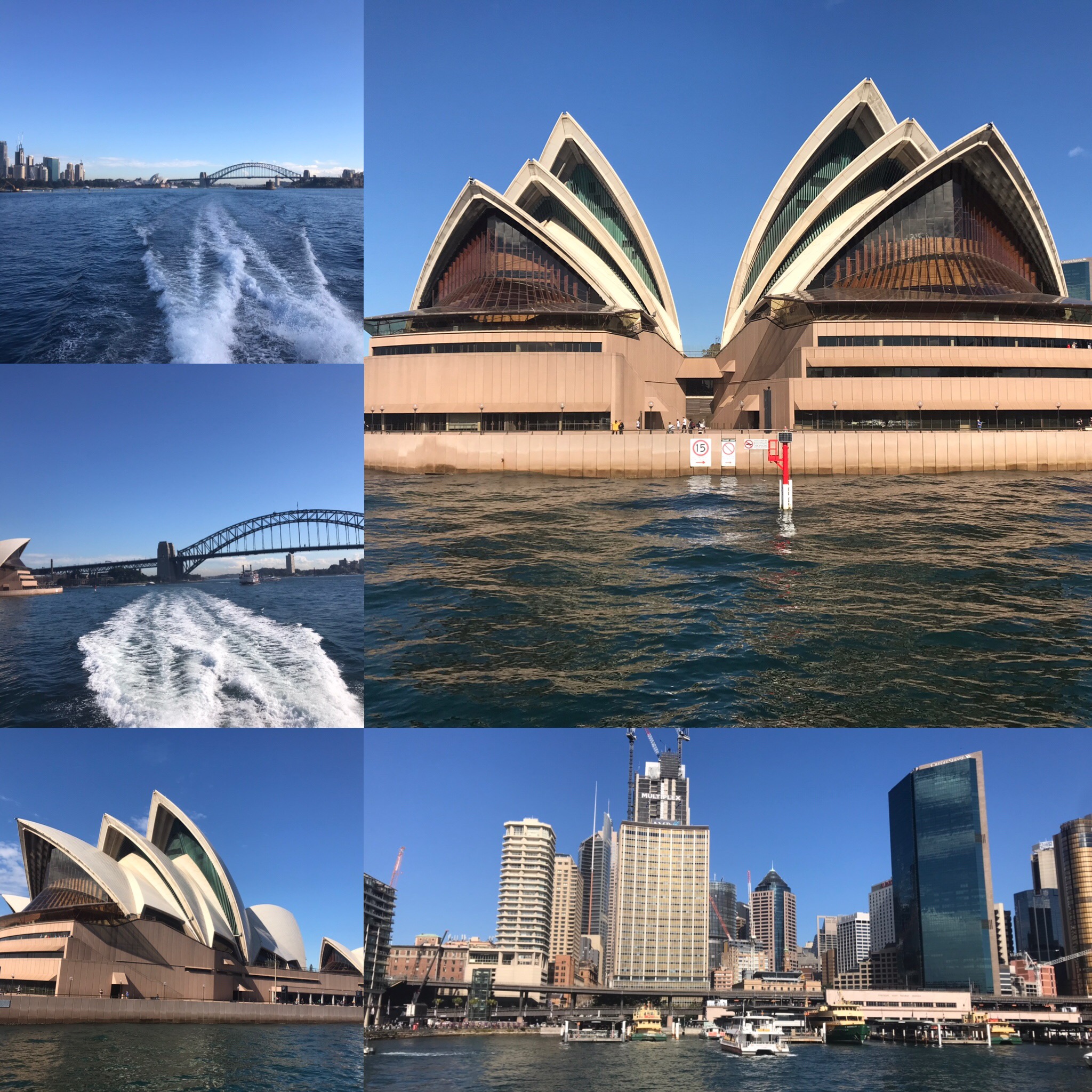 Yesterday we were at a refugee day in West Sydney, where many of the more recent immigrants go to. I found it very moving – meeting people from Afghanistan, Syria, Iraq and South Sudan. And encouraged that Australia has largely welcomed these people – although here as everywhere else, there is a real debate about the extent of immigration and there are always problems of assimilation. Nonetheless, it is clear that for many people this country is still the land of opportunity. Although I also noted how many of those who are real exiles would much prefer to be back in their homelands.

The lifestyle for us is very different. We have moved from a manse with nine rooms and a garden and garage, to a three-room apartment (what they call a ‘unit) on the seventh floor.  It is a beautiful unit in a great location – the Lord’s provision.   What is taking some time to get used to are the different noises. The trains start at 4:30 am every morning. The birds start at 5:45. I certainly don’t need an alarm clock. Over time I am sure you get used to these things and your brain just blocks them out as background noise – but when you are new you notice everything.

The weather is stunning. This is mid-winter and yet the temperature regularly reaches 20 degrees (centigrade!) and most days are gloriously sunny. Although I think we must be acclimatizing – this week for the first time we have used a heater in the apartment. My body still tells me that this is a Scottish summer and so it is strange when it gets dark around 5pm – not 11pm!

I won’t try to tell you everything in one letter – so just a couple of other things.

I went to a barber in an area called Crows Nest (a great place for eating out). I thought of some of the young men like John Cooper in St Petes – who would have loved this. Rock music, take a free beer from the fridge and two barbers from Italy who just wanted to talk about the football!  I had to educate them that there were actually two football teams in Dundee.   I did feel a bit out of place though – all the men in there had full crops of hair and full beards. Thankfully they had pity on me and gave me a discount!

My work is also very different. I have to largely dress up for work (I’m based in the Central Business District, right in the heart of town) and dress down for church. So I have needed to buy some new clothes – things like ties and jackets.   Sydney is an expensive place to live, but thankfully there are some great second-hand shops. Annabel’s idea of a good time is to go round these shops – and although it’s not exactly my cup of tea, I have to admit she has a knack for getting bargains (saying ‘it’s a bargain’ in an Aussie accent is a catchphrase – along with ‘no worries’).   This week she excelled herself. She phoned me at work and asked me to go to a charity shop in Crow’s Nest called Vinnies (they are a Catholic charity with a large number of shops throughout the city). There was a suit which had been greatly reduced and she thought I would like. I was reluctant because I did not think I would and anyway, like most of the others, it would not fit! But I went anyway. Lo and behold the suit fitted. I also liked it. But astonishingly it wasn’t even second hand. Someone with more cash than sense had bought it, decided they didn’t like it and just handed it to Vinnies. As a result, I now have a $1500 suit (about £800) which I bought for $50 (about £30)! Sometimes you get offered something which is too good to be true – but it turns out that it is true. Is that not like the Gospel? I don’t believe it! It’s too good to be true. But it is. It’s a bargain!

Anyway, I will love you and leave you. This morning I thought both my readings were apt – indeed they prompted me to write this.   The first was from Acts 20 – and especially Paul’s farewell to the Ephesian elders. “Now I commit you to God and his grace, which can build you up and give you an inheritance among all those who are sanctified” (Acts 20:32).   The second was from Jeremiah 29 – “Seek the peace and prosperity of the city to which I have carried you into exile. Pray to the Lord for it, because if it prospers, you too will prosper” .

The Psalm today is also appropriate:

For ever God be praised,

Who hears me from above;

He has not turned away my prayer

Or kept from me his love.

May you all know the Lord’s grace, peace, prosperity and love,