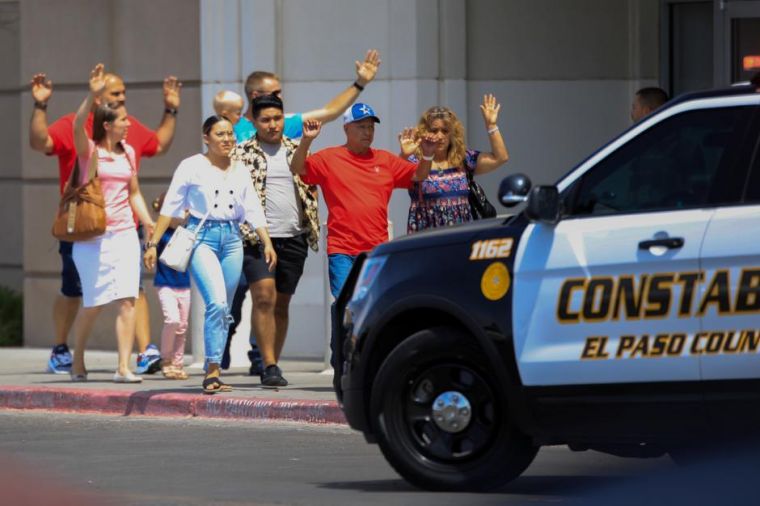 Another week – another couple of mass shootings. Many outwith and within the US struggle with the regularity and seeming normality of these shootings. After each event the usual cries go up and the usual solutions are offered. Sometimes our reactions are rather kneejerk and reflective more of our own prejudices and cultures.

This was seen in the various reactions to the shootings in Dayton, Ohio and El Paso, Texas. I could tell what someone’s personal politics were by the articles they tweeted in response. Those who tweeted that it was because of Donald Trump’s racism and white supremacy (the EL Paso shooter claimed as one of the reasons for his actions his hatred of Hispanics) conveniently chose to ignore that the Dayton shooter expressed extreme far left views.

The El Paso shooter complained in his manifesto about human beings “destroying the environment and creating a massive burden for future generations”. He was an extreme eco-terrorist (like the New Zealand mosque shooter) who wanted to help in de-populating the planet. I find it strange how those who (rightly) condemn President Trump for injudicious remarks that feed the fantasies and prejudices of white supremacists, keep silent about the extreme eco-terrorist views.

Others tweet about mental illness, thus demonizing further those who suffer from mental illness. Others blamed drugs. But the big topic is always guns. If only there were more gun control laws then there would be less massacres. If only more people had guns then they would be able to prevent such massacres.

In such a confused world it is always helpful to get some facts – not all of which fit the narratives we are fed by the various sides. Joe Carter from the Gospel Coalition helps considerably by giving us some of these facts.

Here are some facts that both intrigue and inform. The number of mass shootings (defined as those where four or more people have been killed by firearms) is slowly increasing in the US over the past two decades. So far, there have been five in 2019 (although some would argue that it is 17).  Mental illness is not a primary factor in most of these shootings (only 20%, for example, of mass shooters were psychotic). The rates of mental illness in the US are no higher than in most other countries in the world. The vast majority of shooters faced trauma and violence in their childhoods.

But the most fascinating statistic of all is that of the 857 million civilian-owned guns in the world, 393 million are owned in the US. There are 1.2 guns per person in the US. In other words, the US has less than 5% of the world’s population and yet has 46% of the world’s guns.

At first glance it would seem obvious that if access to guns is reduced then there would be fewer gun deaths. I realize it is not as simple as that, but nonetheless even if one asks the question, you are met with a barrage of outrage from some evangelicals who seem to regard denying the ‘right to bear arms’ as an equivalent heresy to denying the Trinity (and likely to get a more vehement reaction!).

The ‘Christian’ Case for guns

One Presbyterian pastor gave me the three basic arguments used for not having more gun control:

2) More massacres occur in Europe because the police are not armed.

3) An armed population is necessary to preserve democracy, prevent dictatorship and enable freedom of worship.

The first argument can be used to justify drugs, pornography and anything that can be misused. It is precisely because we believe in human sinfulness that we think sinful humans should have restricted access to guns.

The second point is false.  Most police in Europe are armed and homicides by firearms are far lower in Europe.

But it is the latter point that is most disturbing. It illustrates the danger of conflating conservative theology with conservative politics. The two may overlap at times – but they are not to be equated.

It is absurd to think that democracy is preserved in the US by the citizens being able to take on the US military and State through having guns. Why just guns? Wouldn’t we need tanks, rockets and nuclear weapons as well?! It is not only ‘armed people’ who can free themselves from dictatorships. Democracy in Western democracies is not preserved because citizens have guns.

Democracy is better preserved by the Bible than the gun. When a population has a basic Christian ethos and values, it results in education, liberty and equality before the law. Guns can take away democracy – they can be used to defend it, but ultimately they cannot ultimately preserve it.

In no circumstances is it justifiable to promote or defend Christianity by violence. The idea that the only thing stopping Christians being imprisoned is the fact that we have guns is bizarre. Paul was hardly organising militias to ensure freedom of worship in the Roman Empire.

Critics say that a reduction in the number of guns would not work. In Australia it did. After the Port Arthur massacre in Tasmania in 1996, in which 35 people were killed, the Centre Right Prime Minister John Howard set out a programme which banned all automatic and semi-automatic guns.

These guns were already in existence and so the government set up a buy back scheme. This resulted in the Australian government and States buying back over 650,000 civilian guns. Over 20% of the guns in Australia were destroyed.

It worked. In 2011 a study was done which showed that the restrictions on guns resulted in a 50% drop in firearm homicides, and a 74% reduction in firearm suicides. In the 18 years before the Tasmanian massacre there were 13 mass shootings in Australia. In the 22 years after, there was one.

I realize that the US and Australia are different – but surely there are lessons to be learned? In the US there were almost 40,000 firearm deaths in 2018 – of which 75% were suicides. Maybe as Christians, we should put the lives of these people before our own political views?