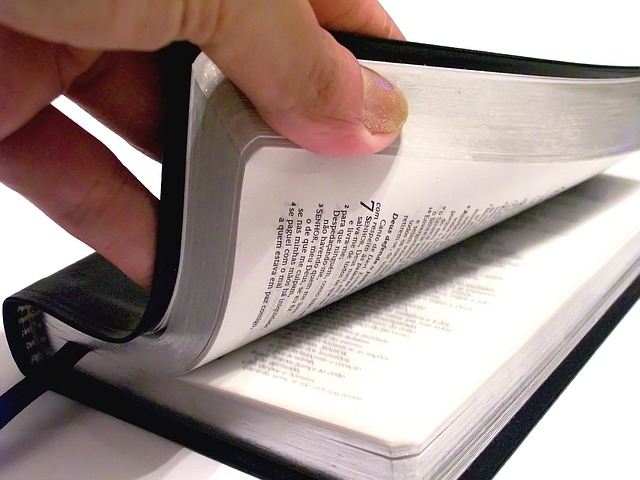 There are some things you don’t miss until you have lost them. Good health is most noticed when you don’t have it. Likewise growing up in a Western liberal democracy I suspect that most of us just take the rule of law and ‘equality before the law’ as givens.

However, as we continue to remove the Christian foundations of our society, there is a clear and present danger that this may no longer be the case.

Witness the case of Norwich businessman Marcus Ball who has taken out a private prosecution against the leading Tory leadership candidate Boris Johnson. Mr Johnson is to be prosecuted for misconduct in public office on the basis that he allegedly made false statements during the EU referendum campaign.

Reactions to this in our Twitterfied, divisive society, have been largely dependent on your political view. Those who voted Remain and dislike Johnson give a ‘like’ to the prosecution and think it is entirely justified. Those who support Johnson and regard him as the best hope for Brexit, cry persecution!

But without making judgements upon those politicised views, there are far more serious considerations to take on board.

Firstly, from a political and democratic perspective, this prosecution, if permitted, would mark a serious change in the way that law and politics interact in our culture.

Mr Johnson may have been less than accurate in his support of the claim that we send £350 million to the EU each week, but then George Osborne solemnly told us that within two years of a vote for Brexit unemployment would rise by 500,000 to 800,000. It fell. He also promised an emergency budget immediately after we voted for Brexit. Should Osborne be prosecuted? If this precedent were followed I would struggle to think of many politicians who could not be sued!

But the problem is even deeper than that. Raising private prosecutions is an expensive business. Mr Ball has raised over £350,000 from a crowd funding campaign. If we are going to have politics conducted through the courts, who will that benefit the most? The wealthy elites. And who will lose some of the little power they have? The powerless poor.

Justice for sale is not justice. A few years ago we were in dispute with a major airline who had mistreated us. They offered a derisory sum in compensation. Much as we would have liked to have taken them to court, our lawyer advised us that although they were fairly certain we would win, nothing was absolutely certain. Were we prepared to risk everything we had to fund the legal costs required? Of course not. And so we accepted their offer.

The lawyer told us that this corporation would have a room full of lawyers who would assess the dangers of the cases they were dealing with – not just on the merits of the case, but considering the resources of the opponents they were facing.

If you were a millionaire celebrity they would pay out immediately, but if they figured you would not have the resources to sustain a legal challenge, they would play hardball.

When you have one rule for the rich and another for the poor, it’s not justice.

The Bible has a great deal to say about this.  Here are five biblical principles to consider:

1) Care about justice for the poor

Proverbs 29:7 – The righteous care about justice for the poor, but the wicked have no such concern.

2) The Guilty should be convicted

Proverbs 24: 24-25 – Whoever says to the guilty, “You are innocent,” will be cursed by peoples and denounced by nations. But it will go well with those who convict the guilty, and rich blessing will come on them.

3) Justice should be impartial

Leviticus 19: 15 – Do not pervert justice; do not show partiality to the poor or favoritism to the great, but judge your neighbour fairly.

Ecclesiastes 3: 17 – I said to myself, “God will bring into judgment both the righteous and the wicked, for there will be a time for every activity, a time to judge every deed.”

Isaiah1:17 – Learn to do right; seek justice. Defend the oppressed. Take up the cause of the fatherless; plead the case of the widow.

A just society gives all an opportunity. An unjust society is one that oppresses, divides and corrupts.

One day all the unjust rulers, lying politicians and corrupt judges will stand before the Ultimate Judge, as Paul told the rulers in Athens:

Acts 17:31 – He has fixed a day in which He will judge the world in righteousness through a Man whom He has appointed, having furnished proof to all men by raising Him from the dead.

What a glorious assurance that is for all believers who are facing unjust situations right now – and who have little hope of getting justice.

Deuteronomy 32:35 – Vengeance is mine, says the Lord, I will repay.

So we don’t need to. We can seek justice but not revenge. We know that justice denied is only justice delayed – until the coming of that great and glorious day when all injustices will be righted. Meanwhile we continue to pray and work for Gods will to be done on earth as it is in heaven.

Go West: is the American Church the answer to the UK Church’s problems?

The Threat to Religious Freedom in Scotland – and a Response from the Humanist Society.