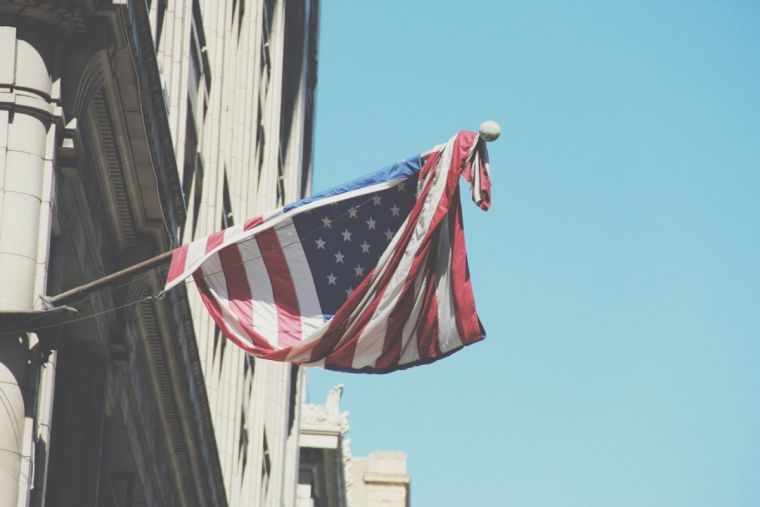 Go West: is the American Church the answer to the UK Church’s problems?

“Over paid, over sexed and over here” was one common saying concerning the American GI’s during the Second World War. I doubt that this is the appropriate description for the growing number of American missionaries who are coming to the UK today in order to take part in a different kind of warfare – the spiritual battle for Western Europe. But we do need to consider how much the UK church is influenced by the US – and how much of that influence is a good or bad thing.

Come Over and Help Us

This past week, I attended the Free Church General Assembly that meets opposite the Church of Scotland Assembly, at the top of the Royal Mile in Edinburgh. Looking at the make up of the latter (the impression was very much of an aging demographic and a declining Church) it was clear that the Assembly’s emphasis on planting 100 new churches was desperately needed.

The Free Church Assembly had more young men and appears to be growing, but it was also clear that there was a significant need for more resources both in terms of money and personnel.

So perhaps the thing to do is look West – towards the US? The American church has an enormous influence in the UK church. Its wealth, dynamism and perceived success make us wonder if we should just copy their model. To be in large churches, with extensive programs and great wealth, who also seem to be making a significant impact upon their community – that is quite an experience and one which sometimes leaves the Brit feeling a) inferior and b) thinking ‘this is it. This is the way God wants us to work’.

But is the Americanisation of the Church the way ahead for the Church in the UK?

We need to be aware of the dangers of generalising and stereotyping. We also need to be sensitive in how we discuss these things – because there are many good things that come from the US and we are deeply grateful for the help and support we get from our American brothers and sisters. But there are also many good things here in the UK too. We need to listen to one another and be sensitive to each other – not just to ourselves.

There are many differences between churches within the USA, as there are between churches in the UK. But all of us are affected by our cultures – and especially in this globalised age, with easy access to information and materials from churches and organisations across the world; we can find that one culture often impacts the other – especially if it is the predominant one.

In the US there is a great spirit of entrepreneurialism.

A more ‘we can do it’ mentality. That can be a refreshing and encouraging thing. It can also be a nightmare. Those who have great expectations (not about what God can do, but more about what they can do, or what they think God will do) are bound for disappointment and frustration. The opposite extreme is to expect nothing.

As every Scotland football fan knows, if you expect little, you get what you expect and can thus feel vindicated. I would suggest, however, that whilst this attitude might be a suitable psychological defence mechanism for a longsuffering football fan, it is not a biblical attitude to evangelism!

Another real problem is money.

Money buys buildings, personnel, publicity, media and much more. It doesn’t buy spiritual success and sometimes may even hinder it. What happens is that those who give money often do so as a kind of investment where they expect a quick return. I once saw a poster in a Reformed seminary urging us to give to a particular evangelistic programme because “for every dollar given one soul is saved”. This is a crass commercialism that is a negation of the Gospel.

There are of course many ways of doing this, and there is often the opposite extreme of hardly mentioning the biblical teaching about giving at all. But the need to finance buildings, equipment and staff in multi-tech churches and ministries means that money is never far away from the surface – and often appears as the raison d’etre of the ministry. I have been in services where the impression was given that Jesus was the great stockbroker in the sky who we needed to invest in – so that we could get lots back.

Another cultural difficulty which does not in my view adapt well – is one that I fear is already prevalent in UK evangelicalism. It’s what I call Spiritual Trickle Down theory. This is a kind of version of Thatcherite economics. Mrs Thatcher believed that if the wealthy benefited then that would eventually trickle down to the poor. There is some truth in that – although it displays far too great a trust in the basic goodness of human beings.

The spiritual version of this is to assume that the best strategy is to go to ‘the centres of influence’ (usually the wealthy parts of the great city centres) with the hope being that if the rich and influential are converted, then that will trickle down to the rest of society – including ultimately the poor.

At a superficial level that sounds fine. There is only one problem – it’s not biblical.

Yet the Church in the US and the UK seem far more focused on reaching the wise, the influential and those of noble birth. No one denies that they too need the Gospel – but having them as the priority because it seems a better methodology is not wise.

What if it really is easier for a camel to go through the eye of a needle, than it is for him to enter the kingdom of Heaven? Here’s a counter cultural thought – maybe it’s the poor who will be more effective in reaching the rich, rather than the other way round? It’s necessary to plant churches in the leafy suburbs and the cultural centres, but not at the expense of the poor.

It’s hard to discuss these things. Because some accuse you of being anti-American. Others fear losing support. Others just are anti-American. But we need to be honest if we are to work together for the cause of the Gospel. It is clear to me that the Western church is weakening – and sometimes by our crass promotion of our materialistic, programmatic culture into the church, we can do great harm in other countries.

A  Macedonian Cry from the West

Maybe the Western Church should now be looking to the East and the South? We are the ones that are drowning in a sea of secularist materialism and illiberal progressivism. We should be the ones giving the Macedonian cry – not the ones thinking in our pride that we have the answers.

The Free Church and Education

Elevation Church – The Good, The Bad and the Ugly

How Not to Be an American Missionary in Scotland