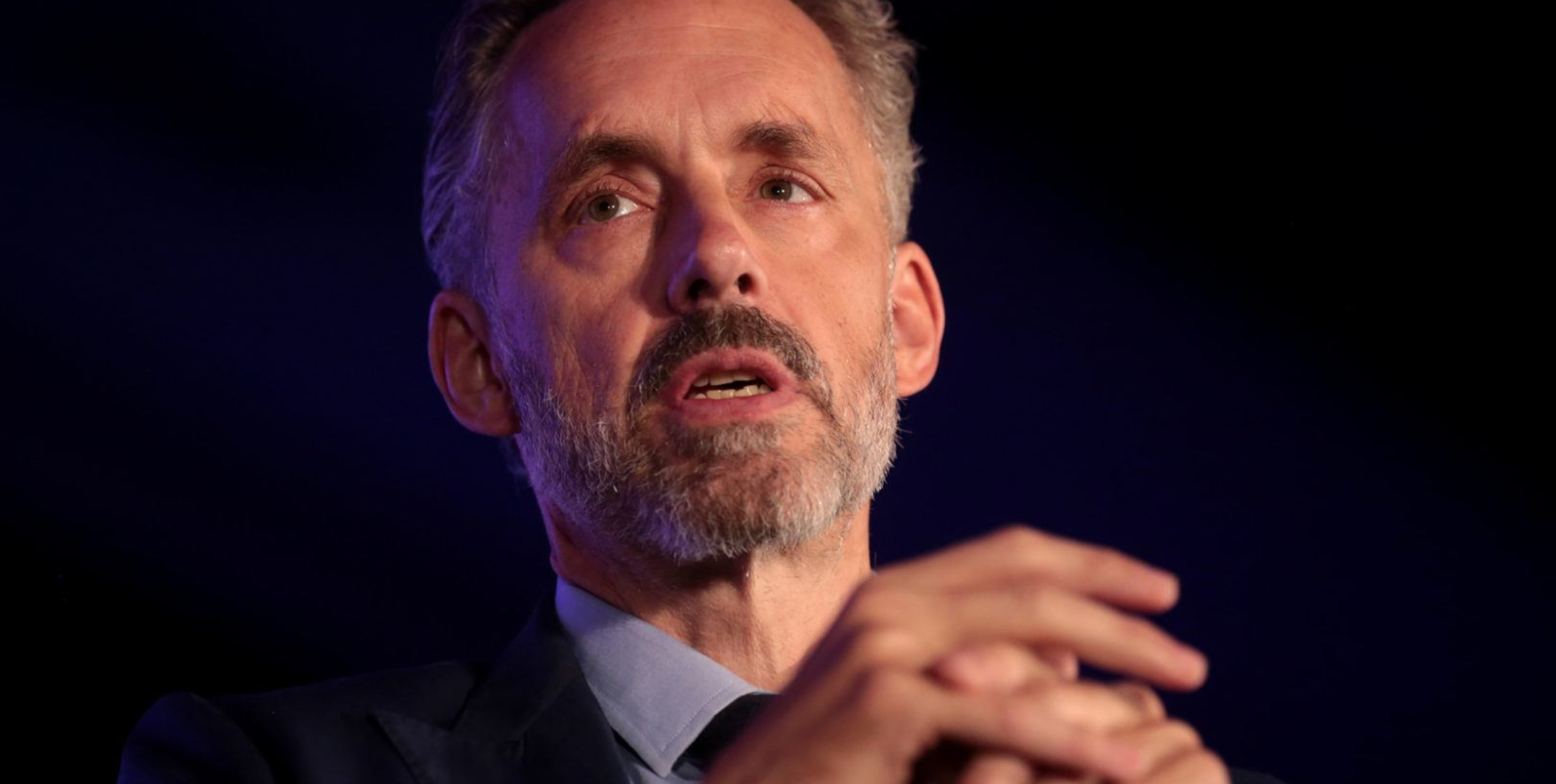 I am writing to you in regard to your letter explaining why Cambridge University withdrew its invitation of a fellowship to Jordan Peterson.  Many thanks for setting out your thinking so clearly.

I am glad that you made it clear that the withdrawal was not for academic reasons, thus refuting  those who argue that it was because Peterson was not academically qualified to comment on Exodus (the research proposal was that he do a series of lectures on Exodus – similar to his incredibly popular series on Genesis).  I’m glad you have given the lie to that.   Incidentally it was at one level incredibly brave of the theology faculty to turn down Peterson.  It will come at some cost to you.  His lectures would have been packed and would have brought significant numbers, kudos and even finance to Cambridge.    At a time when there has been a decline in interest in theology Peterson has managed to get millions interested.  It takes courage (or folly) to turn all of that down.

The above is the first of his lectures on Genesis – please understand that I post it here, and write in defence of Dr Peterson, not because I agree with him, but because I find his material stimulating and thought-provoking.  Which is clearly why you were willing to issue the invitation in the first place.

So what has caused you to withdraw it?  According to your statement it was this photo. 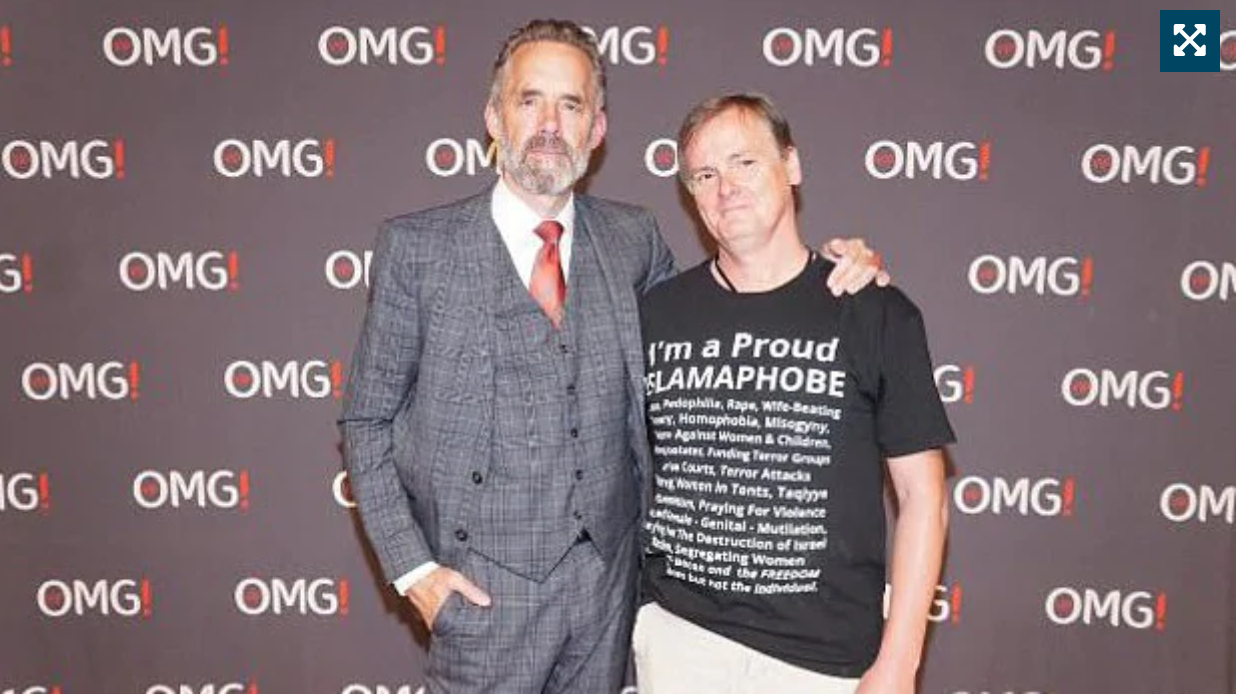 You thought that this photo was a casual endorsement of Islamaphobia.  But you did not seem to ask what Peterson says or thinks about Islamaphobia. You did not ask the context or circumstances of the photo.  I am not even sure what Islamaphobia is.  Could you give us the Cambridge University definition? As for Peterson, as far as I am aware he encourages people to study Islam and to respect Muslims.   Here for example is a little of his considered thought on the subject.

But your statement creates a further problem.  If you are going to ban people on the basis of people they are photographed with – then I assume you will now ban Jeremy Corbyn for these photos showing him with known terrorists. 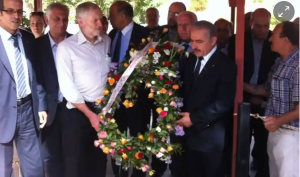 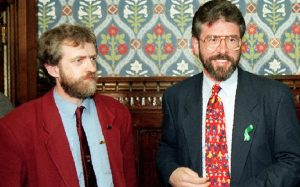 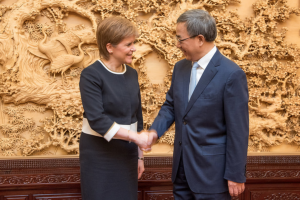 Or here is a photo of Nicola Sturgeon with a representative of a government which is persecuting millions of Muslims.  Should you ban her for her ‘casual endorsement of Islamaphobia.  Or is it only some Islamaphobes you are concerned with?  And some terrorists.  The problem is that you appear to have been somewhat selective in your criteria for photo banning.

Another problem is the role of the Cambridge University Students Union in this rescindment.  They were the ones who made the public announcement  and they did so in some kind of victory announcement.  The CMSU even stated in this article in Varsity

“We are relieved to hear that Jordan Peterson’s request for a visiting fellowship to Cambridge’s Faculty of Divinity has been rescinded following further review. It is a political act to associate the University with an academic’s work through offers which legitimise figures such as Peterson.”

They added, “his work and views are not representative of the student body and as such we do not see his visit as a valuable contribution to the University, but one that works in opposition to the principles of the University.”

It is depressing to consider that this Orwellian irrational statement came from students of one of our top universities.  Is inviting someone to lecture always a ‘political act’?  Is it really the case that the only people who are permitted to lecture at Cambridge are those whose political views are ‘representative of the student body”?  Is it not depressing to you as a Chancellor that you have students who think that they can learn nothing from those who disagree with them?

What intrigued me even more was this phrase ‘the principles of the University”?  Is that not similar to when politicians use the phrase “British values”?  Does anyone, including themselves, have any idea what they mean?  They use it as though it were self-evident.  Could you tell us what these values are?  Because no one seems to know. In addition to this can I respectfully ask in what way does Dr Peterson’s views go against the principles/valuse of the University?

As indicated I find the students statements profoundly  irrational, totalitarian and disturbingly anti-education.  But I cannot look upon this as some kind of student aberration.  It appears this attitude comes from the top.  This is what they are being taught.   You wrote this astonishing statement:

“For a university, anything that detracts from the free expression of ideas is just not acceptable. Robust debate can scarcely occur, for example, when some members of the community are made to feel personally attacked, not for their ideas but for their very identity.”

This is single-handedly the worst statement I have ever heard from any academic.  It almost seems like a Private Eye parody.    You affirm that anything that detracts from the free expression of ideas is just not acceptable – and then use that statement to justify banning Dr Peterson from freely expressing his ideas.  You condemn yourself in your own self-contradictory statement.  In that one sentence you have made a mockery of the English language, defied logic and fulfilled the prophecy of George Orwell concerning Newspeak. You have made the University of Cambridge a laughing stock.

You argue that robust debate cannot occur when some members of the community are made to feel personally attacked – thus making feelings the arbiter of truth. This would curtail all debate because almost anyone could state that their feelings and personal identity were being attacked.  But of course that won’t happen because you do not really mean it.  You only think this applies to selective groups.   For example I feel that much of what the faculty of Divinity does is an attack upon me as a bible believing Christian, attacking my very identity.  But you won’t ban liberal theology will you?  Nor will you ban on behalf of other ‘identities’ that feel attacked.   No – you are highly selective and discriminatory in whose identities you feel should be protected.

Your statement is also fundamentally dishonest.   You imply that Dr Peterson attacks Muslims for their personal identity.   Could you provide any evidence of that accusation?  Or are you saying that any criticism  of Islam is de facto Islamaphobic because it makes some Muslims feel uncomfortable and personally attacked?    And again let me point out the inconsistency – you will apply that criteria to Islam but do you apply it to Christians?   I have spoken at your University and been subjected to considerable criticism and even abuse – but I regard that all as part of the free exchange of ideas – I am not demanding that the atheist society be banned!

You might want to argue that that is not part of my personal identity.  But who are you to tell me what my personal identity is?   As a Christian my identity is found in Christ – therefore whenever anyone mocks him, criticises his words it is like a personal attack.  But again I don’t demand that they be banned. We fight error with truth – not with political power or suppression.

It is ironic that the University of Cambridge, together with other elites institutions, is enacting a new blasphemy law.  You are setting up a new series of Test Acts which will limit public employment and academic opportunities for those who do not accept your ideology.  In this at least you are following precedent.  It was Cambridge and Oxford who were the last bastions of the Test Acts – refusing to let students who were not Anglicans matriculate or graduate – until the mid 19th Century.   Now you are creating a new Test Act – where those who do not bow down to your ‘values’ are excluded.  All in the name of inclusion and tolerance.

Of course you will get away with it.  Why?    Because in a society which does not recognise the concept of absolute truth we end up with one where those who have the power makes the rules. You are in power. You wish to protect your own position.  And you will use whatever means possible to do so. The other thing that helps you is that once reason and rationality are removed people then rely on emotive identity politics.  Then an issue like this becomes more about who you like and who you don’t like, rather than an issue of principle and truth. So people will decide on this issue on the basis of whether they like Peterson or not (a judgement usually based upon what they have read about him, rather than anything they have read from him).   As a Christian I find it depressing that this identity politics has even infected the church.  Truth is always trumped by feeling (backed up by the internet!).

But you are forgetting that your university, like this country was founded upon Christian principles – including equality, diversity and tolerance. Amongst those values are freedom of speech and academic freedom.  By your actions you are undermining the very foundations upon which your university stands.  You are sowing the wind and you will reap the whirlwind.

I leave you with a Cambridge quote:

PS.  I assume you have seen Dr Peterson’s robust reply?  in which you cites your commitment to diversity of belief?  Actions speak louder than words.

Here is an article I wrote on this situation for Premier – Jordan Peterson, Caroline Farrow, Jayne Ozanne and the death of free speech

And a couple of others about Peterson.

‘We’re living on the corpse of our ancestors’: Jordan Peterson is right about the secular West