One of the advantages of ‘lying on a bed of sickness’ is that I have the time to listen to radio, sermons, catch up on books I have been meaning to read.  It also helps me read  up on some stories in the media in greater depth.  One such is the Birmingham schools row – which is a fascinating and revealing insight into our culture.

There is an intriguing on going drama being played out  at the moment.      Parkfield Community school in Birmingham has been the focus of national media attention because of the protests that have taken place concerning the teaching of homosexuality.  A teacher Andrew Moffat who is himself in a gay relationship had introduced a programme called ‘No Outsiders’.   Mr Moffat who is in line for an award for ‘the worlds best teacher’ (I wonder why?), had already resigned from another school, because of a similar clash between him and Muslim and Christian parents.

What is almost as interesting is the way that this story is being covered in the media.  There is no balance, no attempt to understand and no desire to look at the deeper issues involved.  It is taken as a given that teaching primary school children about same sex marriage is a good thing.  It is also assumed that the Muslims are at best culturally ignorant or at worst a bunch of ignorant religious fundamentalists in conflict with tolerant modern British liberals.   There has been no attempt in the media to attempt to understand what the concerns are or to question seriously what Ofsted and the school headmaster is trying to do.  In listening to all the media and politicians it appears that they regard as extremists those who do not want their primary school children to be fed the diet of books such as Mommy, Mama and Me, and King and King.

I must admit that I too bought a little into ‘the Muslims are narrow religious bigots’  narrative and wondered why Christians were also not taking a stand on this issue (it turns out that many are but this is not being reported – largely because of the liberal bias of many of the mainstream established churches).  But having read and listened to the Muslim spokespeople I have to say that I have generally been very impressed.  For example listen to this interview broadcast on BBC Radio 4 today.

There are several things that strike me about it.  Firstly that the Muslim spokesman had an almost impossible task – to defend what in todays secular society is regarded as blasphemy.  He did really well.

Secondly it is a disingenuous for the LGBT activists to claim that this is not about sex education but rather ‘relationship’ education.  What the parents are objecting to is the relationships education – because it is teaching a religious and philosophical view they do not believe in.  They have a particular view of relationships and what and how it should be taught.  The head teacher (and the governing elites of our culture) have a different view.   The ‘No Outsiders’ programme seeks to challenge ‘myth and practice of hetronormativity’.  It seeks to use children’s literature to ‘queer hetronormativity’.  It is nothing else than an ideological indoctrination exercise to be carried out on all our 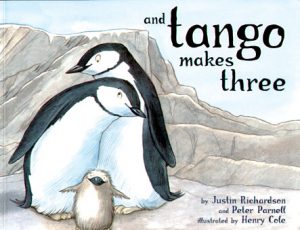 children.  You can see the kind of thing I’m talking about when you visit the No Outsiders Book pack – only £225 for schools!  As well as the usual children’s books on gay penguins, teenagers also get The Handmaid’s Tale to help promote a more ‘inclusive’ environment.  This is nothing but Soviet style state propaganda – designed to ensure that our children have the right views and think the right thoughts. (not the ‘reactionary’ views of their parents – but the views of the cultural elites who know so much better than the rest of us).

Despite the claims this  is not about diversity. It is in fact the very opposite.  This is about imposing one, and only one, sexual/relationship philosophy upon everyone.   They don’t want diversity.  They will not allow Muslim parents (or Christian) to have their children brought up in their faith.  We must all be brought up in the secular humanist faith and whatever its celebrants tells us at any particular time is moral or ‘on the right side of history’.

The End of Diversity

It is also disingenuous to say that this is just about educating children that there are homosexual relationships (who would deny that?) – and not about promoting homosexuality.  This is entirely about promoting one view of marriage, sex, sexuality and society.    As the leader of one of the many gay charities ‘Educate and Celebrate’ stated:

“”We must keep driving the rainbow bus until we arrive at the land of social justice”.

This conflict also displays  a very different attitude towards education. The prevailing view amongst our governing classes is that education (especially for the poor) is largely about social engineering, not education.  The chief inspector of Ofsted, Amanda Spielman, supported the school, saying it was vital children knew about “families that have two mummies or two daddies”.  Why is it ‘vital’?  What would Ofsted say about families that have three mummies and five daddies?  Should that be taught? Is that vital?    I once spoke to a child who told me that he had five dads (a Monday dad, a Tuesday dad etc).  Because we recognise these relationships exist, does that mean we should promote them?  Personally I would be happy to teach that there are a variety of relationships – but that the basis of Western civilisation has, for the past 1500-2,000 years, been marriage and the family.   Family in this sense is a marriage between a man and a woman – and the children that come from that. Now people can and do argue against that.  But why should those who seek to undermine that basis be the only ones permitted to teach and promote their view?

The social engineers when all else fails, are happy to use the law to enforce their views.  When it wasn’t the law they said ‘let the law be changed so that this is permissible”.  When the law was changed they now say ‘Its the law, nothing else is permitted”.  But the trouble is that again it is a superficial view of a complex subject.    The law states

The European Declaration of Human Rights :“In the exercise of any functions which it assumes in relation to education and to teaching, the State shall respect the right of parents to ensure such education and teaching is in conformity with their own religious and philosophical convictions.” First Protocol, Article 2

Scottish  law:- “.. education authorities shall have regard to the general principle that, so far as is compatible with the provision of suitable instruction and training and the avoidance of unreasonable public expenditure, pupils are to be educated in accordance with the wishes of their parents.” Section 28 of the Education (Scotland) Act 1980

Christians should also make a stand on this because we care for the poor.  The Bloomsbury set and the 1960’s Hippie version of love and relationships is something that harms the poor more than any other group.  Whilst our AB groups are marrying (around 80%) and having their adulterous relationships on the side, and buying sex whenever they want it – the poor are struggling in dysfunctional families (only 40% DE are married).  The biggest cause of our broken society is family breakdown.  The biggest cause of that is the removal of the Christian teaching about marriage, family, sex and sexuality and its replacement with Queer Theory.  Homosexuality is not the issue here.  There are far deeper and much more profound issues.  Not least the freedom for us, and our Muslim brothers and sisters, to bring up our children, without being dictated to by the political elites who seek to impose their bourgeoise morality on our children. On this issue Christians and Muslims stand together.