AS we continue our review and summary of Melvin Tinker’s  That Hideous Strength: How the West was Lost, this week we come on to chapter 5 where Tinker argues that the purpose of Cultural Marxism is to destroy the family.

“Equality is never going to be enough: what is needed is a total social revolution, a complete reordering of civilisation.  Reform….cannot change the deep-down attitude of straight people that homosexuality is at best inferior to their own way of life, a worst a sickening perversion.  It will take more than reforms to change this attitude, because it is rooted in our society’s most basic institution – the Patriarchal Family”  The Gay Liberation Front Manifesto

I experienced this with Peter Tatchell when I debated with him on Revelation TV.  I challenged him that he had not really changed his view on marriage (he was opposed to SSM but then said he had changed) but that he was using SSM to destroy what was termed traditional marriage.  He did not disagree.   I also remember David Cameron as Prime Minister writing a letter (or at least his office did) in which he justified SSM by stating that two people who love one another should be able to marry whatever (which as a legal definition is to say the least absurd) and that marriage was going to be redefined for everyone!

My own view is that the vast majority of problems in our society either stem from, or are made much worse by, the break up of the family which has been at least partially caused by the redefinition of what family is.

Tinker points out that leading Church figures including the Archbishop of Canterbury have bought into a malleable concept of the family.   “The eminent surrender of the church to the world’s ideas in this particular area of sex, marriage and family is deeply disturbing to observe – not unlike watching a car crash in slow motion” (Will Jones)   This is an astute and sad observation.

The traditional Church institutions such as the Anglican and the Roman Catholic have been a particular target for wooing from this new sexual philosophy.   Pope Francis seems to be softening his stance, although officially the Catholic Church still holds to biblical teaching (by and large) on marriage, sex and sexuality.  But the Church of England is rapidly disappearing down the rabbit hole.

Tinker cites Jayne Ozanne as an example.  I have written about her book here.   Tinker accuses her (accurately) of the heresies of Pelagianism (that we are born sinless) and Socinianism (all evil within us is natural). 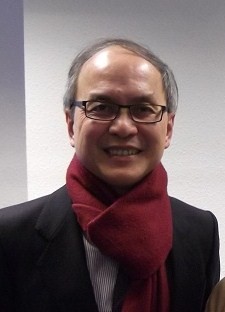 Dr Chik Kaw Tan. a member of the General Synod,  describes how the LGBT lobby is taking over the Church of England (again on a personal note let me state that when I was at the University of Edinburgh, 1979-1983, it was reckoned that 25% of the trainee Anglican clergy were gay).

“12 years ago when I first joined Synod, the LGBT lobby consisted of a little stand with a few people handing out leaflets.  Many Synod members subtly changed the direction of movement away from them and politely avoided any conversation with LGBT activists.  12 years on, they are the all-winning victorious juggernaut, crushing all in its path.  Not only is the LGBT constituency well and truly embedded in the organisational structure of the Church of England, its agenda for change dominates proceedings.”

Tinker then goes on to cite the non-Christian Camille Paglia has having more insight than many Christians.  Her essay on The Joy of Presbyterian Sex  and Carl Trueman’s observations on that:  “Liberal churches do what they always do: In an effort to remain credible they dutifully turn up to baptise whatever sentimental mush the world wants to promote on the trendy topic of the moment.  Of course, it always does this a day or two late, but that’s what happens when your ethics are simply a response to norms which the world has already embraced.  No longer is it ‘Thus saith the Lord!’ so much as ‘Now, now, poor dear, you just do what feels right for you.  Oh, and please, whatever you do, don’t feel guilty about it.”

Tinker then talks about how the biblical cosmology is being taken over by a pagan one.  “Either there is objective reality to which we are to conform our minds, senses and values and so have genuine human flourishing within the boundaries God has given, or all such claims are to be regarded with suspicion and further expressions of repressive tolerance.”

When God removes the boundaries ‘society collapses in on itself in excessive self-confidence.”    Tinker then more controversially but in my view correctly and logically, goes on to point out that zoophilia (bestiality) and paedophilia are inevitable steps on the slippery slope.  He cites Malcolm J. Brenner who made a documentary “Dolphin Lover’ which of course won awards.  Brenner states: “150 years ago, black people were considered a degenerate sub-species of the human being….And I’m hoping that in a more enlightened future, zoophilia well be no more regarded as controversial or harmful than interracial sex is today”  (Interestingly I am writing this just after seeing on a mainstream BBC TV comedy show comedians making jokes about zoophilia – all part of the normalisation process described in part 2).

Tinker concludes the chapter by pointing out that “the end of all neo-Marxist philosophies is not the liberation of human beings but their destruction – the abolition of man”  (C S Lewis’s book with that title is well worth reading.).   “If it is a human right for those who are gay to marry, it will be unacceptable to have a society which refuses it.  It will be forbidden to forbid.