I am often asked what I think is the next step down the road towards sexual anarchy and the attempted destruction of humanity through the misuse and desacralisation of sex.  My own view is that polygamy is well on its way, incest is not too far behind, and what society once regarded as the absolute sin, paedophilia will eventually arrive.

Today I was reminded of this through two men I have crossed swords with in the past – Steve Chalke and Peter Tatchell.   Lets begin with Chalke who tweeted out today –

To which I responded:

In the course of the conversation (not with Steve who does not engage in dialogue, preferring instead to pontificate)..someone showed where all this is going/coming from with this tweet:

What is important to note here is that our ‘Dr’ is telling us that nothing requires justification, (thus legitimising rape, murder and incest); and that morality is just cultural – meaning that if the culture changes then morality will change.  (note:  Since this was published the good Dr has claimed that he did not say what he said.  And has both removed his tweets and blocked me.  For the sake of accuracy let me confirm that the above is a screenshot of his tweet, his whole tweet and nothing but his tweet.  You can judge it for yourself and if my comments on what he says are accurate).

This is true in terms of paedophilia.   Which brings us on to this brilliant article from Julie Bindel, the feminist (along with Germaine Greer), most hated by trans activists.  In it Bindel cites the history of Peter Tatchell, the best known gay rights activist in the UK.    Once again I find myself in agreement with the Feminist. The article is well worth reading as a whole but the stand out paragraph for me was this:

“Tatchell was displeased about a review by the journalist Ros Coward of ‘Dares to Speak, collected articles from Paidika, Journal of Paedophilia’. The book, she argued, was clearly part of a wider campaign to abolish all ages of consent and re-brand child sex abuse as more palatable in the eyes of wider society, by framing it as ‘enjoyable’ for the victims.”

Tatchell had written in defence of the book  Dares to Speak’ defending paedophilia.     If you want more detail this article in Spotlight sheds further light.   Here is the letter that Tatchell wrote:

You will note his attempt at justification by appealing to a different cultural norm. But as Bindel points out this ‘happy savage myth’ hides practices which are grotesque and immoral in any cultural situation.

“The Sambia boys are, in fact, emotionally, physically and sexually tortured into manhood. The so-called rituals they endure include being forcibly separated from their mothers aged 7-9; being made to ram sticks into their nostrils until they bleed out ‘pollution from their mothers’, and being made to fellate older men and drink their semen. Child abuse in Papua New Guinea is generally widespread, with a number of scandals having emerged over the years as survivors speak out – as opposed to male anthropologists speaking out for them.”

You will see how this all ties in.  Chalke seeks to use the ‘it occurs in nature so it must be ok’ argument in order to justify his new found position.  Tatchell uses the “other cultures do it, so it must be ok argument”.  Both are positions which logically lead to approval of paedophilia – once you accept paedophilia as a sexuality.  Which of course it is.  There are those for whom ‘sexual preference’ does mean children. 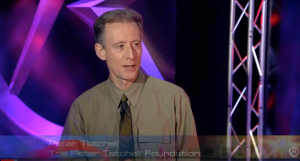 I had a deeply disturbing personal experience of this argument about 20 years ago.  I was debating the issue of same-sex adoption up in Aberdeen, when afterwards I got into a discussion with a group of men who described themselves as Tatchell followers.   In the course of that discussion I asked them about the age of consent for homosexuality (which then was 18 – it was not lowered to 16 until 2001).  They told me that not only did they approve of Tatchell’s call to have it lowered to 14 but that they did not think that there should be an age of consent at all.  They also told me that if they were babysitting my children (who at that time were aged 8 and 6) they would ‘teach them to experiment sexually’ and that I was abusing and suppressing my children by not allowing them to experiment sexually.  After all sex was just an appetite.  I was absolutely horrified by this – as to be fair was my gay opponent in the debate who thought this was completely out-of-order and immediately dissociated himself from this extremism.

I wrote to what was then The Glasgow Herald, not mentioning the paedophile aspect of the conversation (partly for the sake of my own children and partly to be fair to those I knew who were gay and did not advocate this position), but instead mentioning Tatchell’s desire to see the age of consent lowered to 14.  They refused to publish it on the grounds that it was homophobic!  But it was the truth.  Tatchell was quite open.  But even 20 years ago newspapers, like the rest of the media, were homophobic-phobic (afraid of being called homophobic).

Which brings us back to Bindel’s article.  I don’t think that Tatchell supports paedophilia, in the sense that he does not support child rape.  But his sexual philosophy is such that it clearly and logically leads to a position where it argues that some children can give consent to sexual practices and that in some cases ‘it does them no harm’.  As Tatchell argued ‘intergenerational sex is considered normal, beneficial and enjoyable by young and old alike”.    In a society where people are arguing that children can decide about their gender and can ‘consent’ to practices whereby they mutilate their bodies in order to express ‘who they really are’, why should it be considered strange or wrong for children to decide to express themselves sexually?   I realise that that is a horrible and sick perversion.  But that is the logical position and that is where we are going.  Tatchell is too smart to write that kind of letter again – in this current culture – but if the culture continues to change and go the direction he has been influential in pushing- there will come a time in the not too distant future when paedophilia is argued for openly.   Just watch out for the ‘daring/radical/controversial’ plays/films/literature which ‘explore dimensions of intergenerational sexuality’.

The Christian way to counter this is to offer the radical teaching of Jesus Christ about sex and sexuality.  That we are not defined by our sexuality, but rather by our humanity (including above all our relationship to God).  That sex is sacred and is to be reserved within the context of marriage between a man and a woman.  And that each of us is to treat our bodies as holy – not as having voracious appetites which must be indulged (yet never satisfied), but rather with dignity, self-discipline and love.    The choice is ours.  The choice is yours.  Either you accept the view that sex is as an appetite to be indulged or  you regard sex as a holy gift from God – given for procreation, companionship and the good of society.   The former ends up with us treating humans as dirt, to be used and abused as our appetites dictate.  The latter means that we treat all humans as special creations, made in the image of God.  The wages of the former are STD’s, abortion, unwanted children, pornography, exploitation, mysogny,  the need for the MeToo movement, broken families, broken lives and a broken society.  All the effects of that dreadful combination of power and lust.   The fruits of the latter are a better society for the weak and vulnerable, better communities and more wholistic and wholesome families.  Choose this day which one you want.

At the end of the day none of us are perfect.  And all of us live lives which need redemption – in all areas including this one of sex.   As we head towards Christmas perhaps we need to remember that the wages of sin is death but the gift of God is eternal life through Jesus Christ our Lord.  Thanks be to God….

For those who missed my encounter with Tatchell since then – a respectful and revealing exchange on Revelation TV here is part 1 .