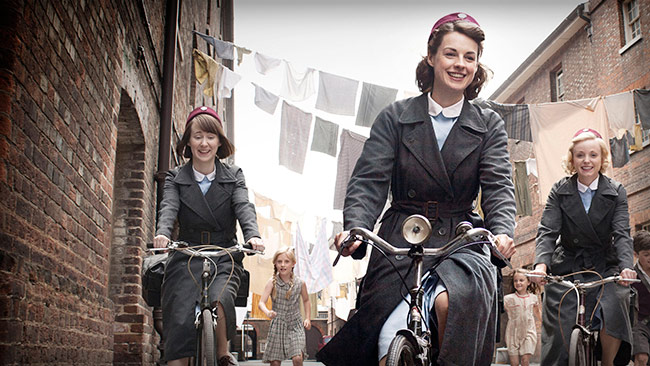 There is a pattern in our society that is being repeated over and over again. I have witnessed it for over 30 years and there is no sign of it ending. What happens is that the

liberal elites who dominate our media, politics, church and academia tell us that their latest cause celebre is absolutely necessary. Those of us who are concerned about the consequences of their proposed changes in our societal morality are mocked and abused as using the slippery slope argument (as if the argument itself were self-evidently false). And then the next step that we predicted – happens.

So it was that many years ago I was mocked for saying that same-sex adoption would lead to those who did not support it, being banned from adopting. It happened.   Then I suggested that civil partnerships would inevitably lead to Same Sex Marriage. I was told not to be ridiculous. It happened.

A few years ago in a Solas podcast we warned that the destruction of marriage (re-definition as David Cameron so Orwellianly put it) would be followed by a push towards polygamy and the acceptance of Queer Theory as the moral philosophy of the State.   Again we were mocked. Again it happened. Now the new cause celebre (transgender) is going to lead to an attack on the whole idea of there being distinctive genders based upon biological sex.

In this deconstruction of humanity there are several steps yet to happen. We will leave aside trans-human, trans-species and trans-abled, for the moment (although we have already seen examples of people arguing for all three of these) and instead turn to two more in the area of sex and sexuality. It is my view that, unless we wake up to what is happening, the next barrier to fall will be incest and that will then be followed by a gradual acceptance of paedophilia (first of all as a sexuality and then as a normative way for some people).

The way that these changes occur is always the same. At an academic level some ‘experts’ start proposing theories that go against the current view and claim that it is ‘researched and proven’. Then activists start to agitate for their particular ideology – attempting to make it the next civil rights ‘equalities’ issue. Meanwhile there is a softening up of the general populace (who are usually considered to be too dumb to understand the sophisticated arguments) through soap operas. Then, and only then, do the politicians get in on the act – following ‘public opinion’ like sheep!

It was this ‘soap opera’ step that struck me as we sat the other day in our wee ‘mini house’ in Sydney, watching an episode of Call the Midwife. It is a superb programme – well filmed, beautifully scripted and acted. Which makes its attempts to indoctrinate the people of the UK even more dangerous. I was unaware of this but the episode we watched was first broadcast six years ago and featured a brother and sister who had been living in an incestuous relationship for many years. This was not only portrayed sympathetically it was positively promoted, as the elderly Anglican nun in a kindly and wise tone, uttered the final voice over ‘ “the house was filled with love…and love is love.whatever”.  (have you ever noticed how its the kindly religious people who are the heroes of such story – as long as they reject the premise of the faith they are supposed to be proclaiming – and the villans are usually the ‘wrong sort’ of religious people – apparently in the world of soap opera writers, belief makes you hard-hearted, and being soft-hearted also makes you soft in the head!).

What shocked me was not that the storyline was hinted at – but rather that it was so blatant. This was not some art-house movie raising issues, but the most popular soap opera openly advocating incest. Of course of the basis that ‘love is love’, who can argue with it? Actually anyone with a brain should be able to argue against it because it is an utterly meaningless soundbite. But given that our government policy seems to be based upon it, and our elites seem to lack any concept of how idiotic and immoral their latest social engineering is – I suppose we should not be too surprised that ‘love is love’ should be given out as some kind of Yoda like mantra. Which is why incest will increasingly be recognized as a legitimate expression of ‘love’…and paedophila will follow. After all ‘love is love’!

The slippery slope exists. We are on it.

Great is the darkness that covers the earth….

Light of the world come…

Polyamory and polygamy – the next big social change?

Footnote:  I haven’t seen the rest of Call the Midwife and I don’t think I’ll bother…let me take a stab in the dark….future episodes will include sympathetic portrayals of bigamy, abortion and if they can manage to get it into a drama about the 1950’s,  transgender….